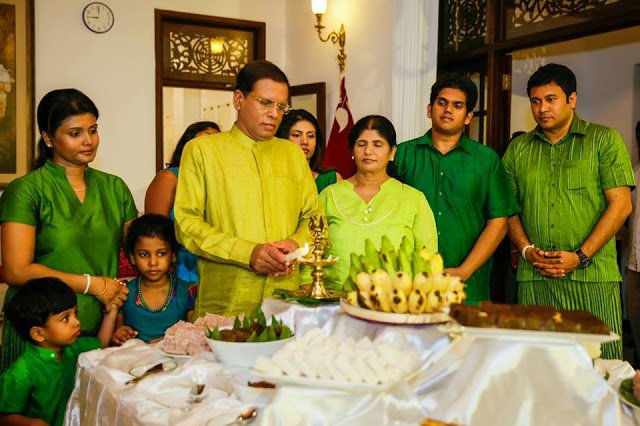 It may have been a festive season, but the news doesn’t catch a break. With the Panama Papers still a hot topic, both local and foreign media have been keeping a vigilant tab on the issue, with interesting results. In other news: IGP Illangakoon retired from his post, Nepal resumed direct flights to Sri Lanka after a long break, and weapons were stolen from a police station in the Matale district.

Consultant to the Ministry of Megapolis and Western Development, Vidya Amarapala, stepped down from his position on Tuesday (12) after his name was implicated in the ‘Panama Papers’.

Although he has denied any link to financial fraud, Amarapala said this week that he would be stepping down to facilitate investigations. According to local media reports, Amarapala’s implication in the Panama Papers comes as a result of him having held the posts of Executive Officer of IWS Holdings and Director of the Sovereign Capital Corporation, a Singapore based company from 2003 to 2010. The two companies are owned by Arthur Senanayake, whose name appeared on the list of Officers and Master Clients believed to be in possession of offshore accounts, as revealed by the Mossack Fonseca leak.

Writing to the Ministry of Megapolis, Amarapala had sought permission to ‘step down until my name is cleared’ of what he calls ‘false allegations.’

Meanwhile, the Ministry of Megapolis and Western Development had said the Financial Crimes Investigation Division had been notified to conduct an investigation over Vidya Amarapala’s involvement in any illegal activities.

Amarapala previously served as Chairman of the Ceylon Electricity Board from 2010 to 2011.

The Central Bank is investigating into Sri Lankans named in the Panama Papers leak, Governor Arjuna Mahendran said at a press conference on Tuesday (12).

However, he said the authenticity of the so-called leaks was doubtful and he therefore couldn’t reveal any names of individuals, due to privacy laws.

Mahendran told reporters that the bank’s Financial Investigation Unit (FIU) is carrying out an investigation into some of the papers that they have received, and was also requesting information from other central banks and investigative arms globally.

He said that as they were unable to verify details from preliminary investigations, there seems to be some doubt regarding the authenticity of the documents.

Nepal Airlines operated direct flights to Colombo during the 1980s, but suspended operations during Sri Lanka’s civil war. Since then, direct air links had been cut between the two countries.`

Bogambara Prison To Be Luxury Hotel

Minister Lakshman Kiriella told media that the building complex that, until last year, housed the historic Bogambara Prison for centuries, would be converted into a luxury hotel.

Highlighting future plans to develop the historic city of Kandy, Minister Kiriella said that several underground tunnels would be constructed in and around Kandy to ease traffic congestion that has become a nightmare for motorists over the past few years.

A ceremony was held at Police Park this week in honour of IGP Illangakoon’s retirement. He is also reported to have said that he had not asked for an extension at the end of his tenure: “I never expected to stay longer than my time,” he said.

A T-56 weapon and five revolvers were reported to have been stolen from the Laggala Police station in Matale early yesterday (14).

Police spokesperson ASP Ruwan Gunasekara told the media that an unidentified man had entered the Police station and taken away these weapons at around 1 a.m.

Acting IGP S.M. Wickremesinghe has ordered the Central Province Senior DIG to conduct an immediate inquiry into the incident.

Panama’s Police late on Tuesday (12) raided the offices of the Mossack Fonseca law firm to search for any evidence of illegal activities. The Panama-based law firm, which specialises in setting up offshore companies, has been accused of tax evasion and fraud.

Mossack Fonseca was the most prominently highlighted entity in the “Panama Papers” leaks scandal that has embarrassed several world leaders and shed light on the shadowy world of offshore companies.

Earlier, founding partner Ramon Fonseca said the company had broken no laws, destroyed no documents, and that all its operations were legal.

Governments across the world have initiated investigations into possible financial wrongdoing by the rich and powerful, following the leak of more than 11.5 million documents held by the law firm over four decades.

The papers have revealed financial arrangements of prominent figures, including friends of Russian President Vladimir Putin, relatives of the prime ministers of Britain and Pakistan, Chinese President Xi Jinping, and the president of Ukraine.

An assisted suicide bill has been put before Canada’s Parliament, legalising euthanasia. The law will not, however, extend to foreigners, as well as people with mental illness and psychiatric disorders.

The law is said to allow physician-assisted suicides to citizens with “serious and incurable illness,” which has brought them “enduring physical or psychological suffering.”

Last year, the Canadian Supreme Court struck down a law banning doctors from helping someone die.

This bill, which is backed by Prime Minister Justin Trudeau, must now be studied by a committee and then voted on by both House and Senate.