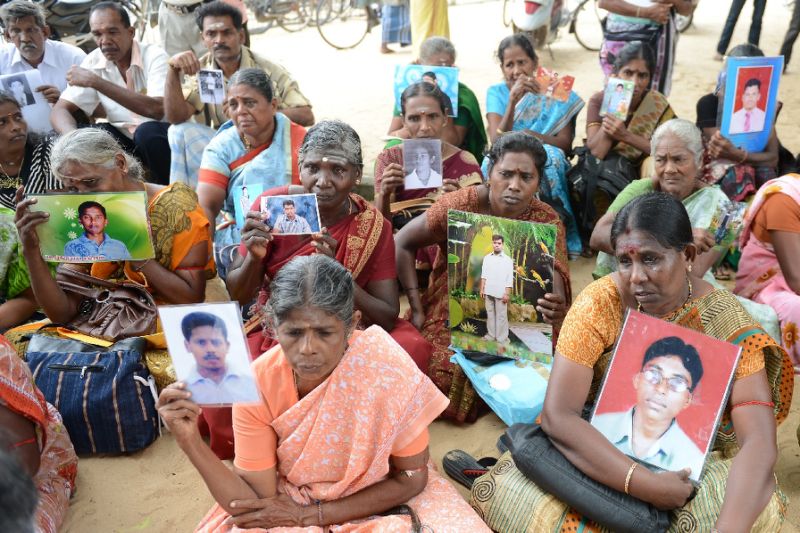 Local news this week witnessed some important decisions made in Parliament and at the Supreme Court, while in international news, explosions in Pakistan and Thailand have left many dead and injured.

The purchase proposal had been submitted by the President in his capacity as the Minister of Defence and was announced by the Co-cabinet Speakers Rajitha Senaratne and Gayantha Karunathilaka on Wednesday (10).

According to the ministers, the current squadron, which includes seven Israeli-built Kfir combat aircraft will be replaced with twelve multirole aircraft. The Government is expected to call for expression of interest from aircraft manufacturers and authorised government agents to procure the new aircraft.

Earlier, it was reported that Sri Lanka was to purchase several fighter aircraft from Pakistan, a move that received some international rebuke.

Supreme Court decided to discontinue the amendments to the Value Added Tax (VAT), stating that these amendments had failed to adhere to the due provisions of the Financial Bill. The court decision was announced at Parliament on Tuesday (9).

During the Cabinet media briefing on Wednesday (10) Co-cabinet Speaker Gayantha Karunathilaka stated that the Government would inquire into how the VAT Amendment Bill had failed to follow procedure when presented to Parliament.

The amendments to VAT were made last May.

The three-person committee appointed to inquire into the controversial tender procurement procedure by the Ministry of Power and Energy announced that the controversial coal purchase had been profitable for the Central Electricity Board.

The announcement came following an investigation commenced by the committee after the Auditor General’s Department revealed last month which that the purchase has incurred a loss of USD 4.88 million to the country.

The committee’s report was handed over to the Minister earlier this month and was announced in Parliament on Wednesday (10).

Families of missing individuals hold up photographs as they take part in a protest in Jaffna. Image credit: AFP/Lakruwan Wanniarachchi/Getty

The Office of Missing Person’s (OMP) Bill was passed in Parliament yesterday (11).

The OMP was passed amidst chaos at the Well, which the members of the Joint Opposition invaded, threatening the Speaker and disrupting the ongoing debate and the voting.

Regardless of the opposition, the Bill was passed with amendments, and Parliament was adjourned until this morning.

People carry the coffin of a victim of the suicide attack. Image credits: Arshad Butt/AP

At least 74 people were killed on Monday (8) when a powerful explosion ripped through a Pakistani hospital.

The apparent suicide attack had targeted lawyers who had gathered earlier that day to mourn the assassination of the president of the Balochistan Bar Association, Bilal Anwar Kasi.

Video footage showed bodies strewn on the ground, some still smoking, among pools of blood and shattered glass, as shocked survivors cried and comforted each other.

Two terror outfits have claimed responsibility so far ‒  Pakistani Taliban faction, Jamaat-ur-Ahrar, and the Islamic State. However, Pakistani analysts and officials had expressed doubt about any IS involvement.

A series of explosions rocked South Thailand earlier today (12) killing four and injuring  over 20 others at a seaside resort.

Late on Thursday (11) twin blasts killed a local food vendor in the popular tourist town of Hua Hin, near the capital Bangkok.

The town was hit again today by at least one blast at the clock tower. Another bomb went off in the popular beach resort of Patong, on the island of Phuket.

Although no one has claimed responsibility for the attacks yet, there is speculation that it may be the work of separatist insurgents.