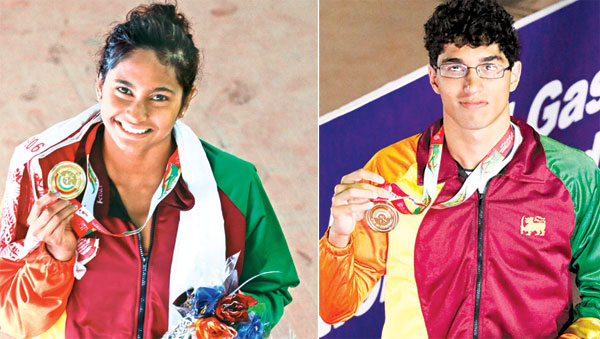 This week witnessed visits from foreign dignitaries, and more excitingly, Sri Lanka’s stellar performances at the South Asian Games. In foreign news, world powers agree to a halt in hostilities in Syria. Read on to find out more.

Sri Lanka currently ranks second in the medals tally at the South Asian Games (SAG), with a total of 155 medals, behind India’s 241 medals.

The 2016 Games have also proven to be a record-breaking platform for Sri Lanka: swimmer Matthew Abeysinghe, who won a total of 7 gold medals, has broken the record for the most number of gold medals won by Sri Lanka at the SAG.

Other categories Sri Lankan sports-men and -women have excelled at include athletics, weightlifting, wushu, archery, volleyball and wrestling.

The High Commissioner met in discussions with the President, Prime Minister, the Opposition Leader and other representatives of civil organisations during his visit. He also visited the North and East, as part of his aim to review progress made by the country into allegations of war crimes.

Before leaving the island on Wednesday (10), Al Hussein told a press conference that the visit had been “cooperative and encouraging” but also stressed a need for foreign judges and strong institutions to be a part of the process for ensuring accountability.

Indian External Affairs Minister Sushma Swaraj arrived in the island on an official tour of Sri Lanka on Saturday evening (6).

Yoshitha Rajapaksa and five others were arrested a week ago, and have now been further remanded. Image Credit: colombogazette.com

The five suspects who were re-remanded after the refusal of bail are the former president’s media spokesperson and head of Carlton Sports Network (CSN) channel Rohan Weliwita, CEO Nishantha Ranatunga, Directors Kavishan Dissanayake and Ashan Fernando.

The main charges levelled against them are the misappropriation of state property for promoting the channel, and undeclared finances used to launch it.

Bringing up the case in court on Thursday (11), the Financial Crimes Division of the Police informed the magistrate that investigations were also being carried out into the discovery of a mobile phone in a cell close to the one in which the CSN suspects are being detained.

If the law is enacted, it would be compulsory for all employers in any industry or service to pay the national minimum wage. This would be after deduction of all contributions of any kind.

With regards to workers who are already employed, special provisions have been included to ensure that these employees too, have their wages increased to the minimum wage if their salaries are less than the specified amount.

President’s Counsel Jayantha Jayasuriya was sworn in before the President as the new Attorney General on Thursday (11).

Jayasuriya was sworn in following recommendations made by the Constitutional Council on Wednesday. Jayasuriya is the 29th Attorney General of Sri Lanka.

Speaker Karu Jayasuriya told Parliament on Wednesday (10) that he had received death threats on Tuesday night demanding that he give recognition to the Joint Opposition as an independent group in Parliament.

He said that while he was unafraid of death threats, Parliament staff should not be subjected to such threats and intimidation.

On Tuesday (9) the members of the Joint Opposition commenced a protest inside the parliament after their request to be independent in Parliament was rejected.

Three individuals were shot dead in Wellampitiya on Tuesday night following a shootout between several individuals at a residential area.

The victims aged 19, 24 and 49, all of whom were residents of Kiththampahuwa, Wellampitiya.

They were immediately rushed to the Colombo National Hospital but succumbed to their injuries upon admission. The JMO examination and post-mortems were conducted on Wednesday (10).

Wellampitiya Police, conducting further investigations into the incident, suspect a gang rivalry had been the cause of the shootout.

World powers have agreed on a “cessation of hostilities” in Syria to begin in a week’s time, according to foreign media reports.

The halt will not apply to the battle against jihadist groups Islamic State (IS) and al-Nusra Front.

The United States, Russia, and other powers agreed to this cease of hostilities after the International Syria Support Group (ISSG) held talks in Munich, Germany, this week.

The ISSG has also agreed to accelerate and expand aid deliveries. The announcement of the cessation comes as the Syrian army, backed by Russian air strikes, advanced into the Aleppo province, where tens of thousands of civilians are trapped in rebel-held territory.

Forty nine inmates were reported dead after a clash between two rival groups at a prison near Monterrey in Northern Mexico.

Foreign Media reports said that 12 other people were injured in Topo Chico jail after prisoners fought with “sharp weapons, bats and sticks”.

A fire had also started in a storage room. Some had thrown sticks and rocks and tried to pull the prison gate open as riot police blocked their way.

Media reports quoting officials said the situation is under control and no inmates had escaped.Crowds of relatives outside the jail had blocked and barricaded roads, demanding information.