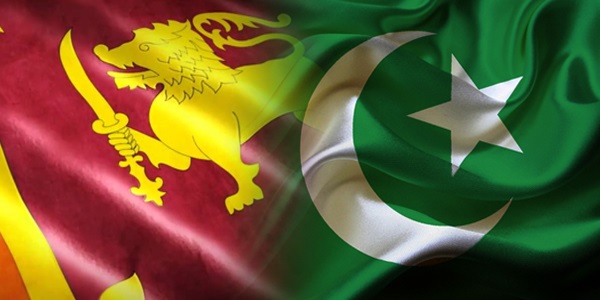 The year 2016 is up and running with a bang, as countries around the world tense up over protests, oil and H-bombs. Things seem relatively chilled out in Sri Lanka, however, with the discovery of the world’s largest blue sapphire, and talks of potential ganja cultivation.

We may soon be cultivating cannabis. For ayurvedic purposes, that is. Image Credit: theguardian.com

The Health Ministry is expected to initiate a plan of action to commence cultivation of cannabis under a protected mechanism, in order to kickstart the manufacture of certain Ayurvedic medicine in Sri Lanka.

Minister of Health and Indigenous Medicine, Rajitha Senaratne, speaking at an inauguration of an Ayurvedic Hospital said that the Government will take an initiative to import opium in order to produce certain medicines. He made these observations on Monday (4).

The world’s largest blue sapphire was recorded in Sri Lanka this week. The stone weighs in at 1,404.49 carats, and is believed to be worth around $100 million, but could sell for as much as $175 million.

The gem was mined in Ratnapura last August, and sold to its current owner (who has remained anonymous) in September.

The former British Prime Minister and the leader of the Tamil National Alliance met in discussions regarding resettlement issues, accountability, and the implementation of the United Nations recommendations presented at the United Nations Human Rights Council last year.

The bilateral agreements were signed when Pakistan’s Prime Minister, Muhammad Nawaz Sharif, met President Maithripala Sirisena at the Presidential Secretariat, while the former was on a three-day official visit to Sri Lanka. The two heads of state signed eight Memorandums of Understanding in the presence of Sri Lankan Prime Minister Ranil Wickremesinghe.

As part of the deals, Pakistan has agreed to sell eight aircrafts to Sri Lanka. This would mark Pakistan’s first success in their attempts to sell the jets, media reports say. Sri Lanka’s purchase of these jets puts an end to earlier speculation as to whether we would purchase aircraft from India or Pakistan.

The IT and Computer Analysis Unit of the Colombo University, reporting to the Courts on Tuesday (5), stated that it is impossible to decipher any usable information from the CCTV footage gathered from the Wasim Thajudeen murder scene.

USA’s Federal Bureau of Investigation is expected to be called in for further analysis of the CCTV footage.

The Ministry of Defence, issuing a media release on Wednesday (6) assured that state security and intelligence forces are on full alert for any, or related, activities of the ISIS terrorist faction within the country.

The statement released by the Ministry said that they are were on the look-out for the possibility of any groups having links with the ISIS, making appearance in Sri Lanka.

A series of sexual assaults on New Year’s Eve sparked off protests in Germany this week. Image Credit: Reuters

Over 100 complaints of sexual violence against women were reported near Cologne’s railway station on New Year’s Eve, prompting protests on Tuesday (5).

Around 300 people, mostly women, demonstrated against the many incidents of sexual assault, mugging, and even one case of rape, calling for justice and swift police action. The attacks were able to gain the attention of the country leaders.

German Chancellor Angela Merkel has expressed outrage over the sexual assaults and thefts that male gangs inflicted on women in Cologne on New Year’s Eve.

In an emotional press conference on Tuesday, US President Barack Obama accused the gun lobby of holding the country hostage.

Wiping away tears, he recalled the 2012 Sandy Hook primary school shooting in which 20 children and six adults were killed, and added that he would impose several restrictions on the gun lobby in the country, before his Presidential term concludes.

The execution of a Shiite cleric in Saudi Arabia sparked tension across the Middle East. Image Credit: Reuters

The long drawn tensions between the two OPEC mastheads came to a sudden turning point when the Saudi embassy in Tehran and a consulate in Mashhad were torched and vandalized, following the execution of Sheikh Nimr al-Nimr. The Shiite religious official was an anti government Shiite cleric and activist.

The tension between the two counties, the sole proprietors of one quarter of the planet’s proven crude oil (400 billion barrels of crude oil), has had serious repercussions across the Middle East. The United States has already begun intermediary relations between the two countries in an attempt to resolve the situation.

The Democratic People’s Republic of Korea claimed to have detonated its first ever Hydrogen Bomb on Wednesday (06), which was, according to the country’s leader Kim Jong-un, “the H-bomb of Justice.”

According to BBC reports, the first sign of the test was a significant tremor picked up by earthquake detectors in the region – and felt by many in neighbouring China. However, speculation remained as to whether or not the H-bomb was actually detonated, and what this could mean for the world.

The test and its announcement led to a hurried meeting of the United Nation’s Security Council, which strongly condemned the nuclear test and agreed to prepare further unspecified measures against North Korea.