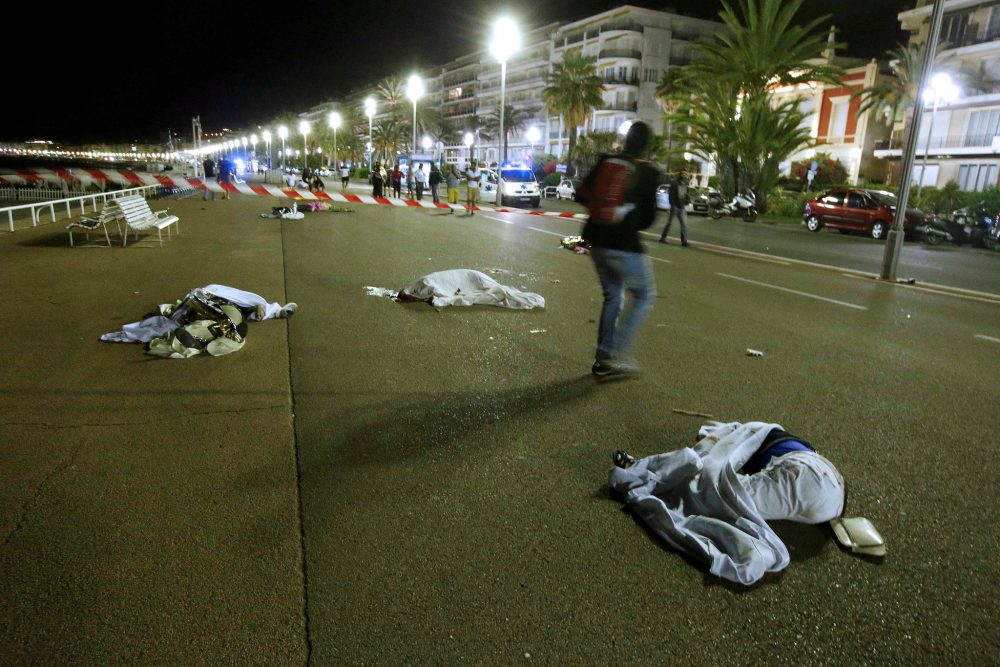 This week was off to a surprising start with the arrest of MP Namal Rajapaksa on grounds of financial misappropriation, and later, fraud accusations against Government ministers. In better news, the Supreme Court ruled to suspend the recently revised taxes.

Things didn’t look too good in the international media, after another deadly terrorist attack was reported in France, the third attack since last year.

MP Premachandra was killed in 2011 during a standoff with MP Duminda Silva and his supporters. Image courtesy dailynews.lk

The hearing of the court case against thirteen defendants over the murder of four individuals including late MP Bharatha Lakshman Premachandra concluded on Thursday (14), pending the court verdict.

The case was chaired by a three-judge bench at the Colombo High Court, who stated the much-awaited verdict will be delivered on September 8.

Duminda Silva, the 11th defendant, had sought permission from court to travel overseas for medical treatment which was turned down by the bench.

The request was denied on grounds that special reasons had not been put forward in this regard.

Premachandra was killed, alongside his bodyguards, in an altercation between a rival group of supporters of the United People’s Freedom Alliance (UPFA) in October 2011. MP Duminda Silva who was present at the incident and alleged to have led the rival supporters, was also injured.

Following his recovery in 2012, a warrant was issued for his arrest, but the arrest was not carried out, due to his apparent ‘memory loss’.

Namal Rajapaksa in handcuffs, being led away by police. Image courtesy Reuters.

Joint Opposition member and Sri Lanka Freedom Party parliamentarian Namal Rajapaksa was arrested and remanded on Monday (11) over allegations of a misappropriation of funds worth Rs. 70 million.

The arrest was made by the Financial Crimes Investigation Division (FCID) of Police after Rajapaksa arrived to make a statement regarding the allegations. Rajapaksa, the eldest son of the former President, was charged with misappropriating Rs. 70 million in funds belonging to the Krrish Company on the pretext of staging a rugby tournament in 2013, under the previous administration.

This is the third time a member of the Rajapaksa family has been arrested. MP Basil Rajapaksa, and Mahinda Rajapaksa’s second son Yoshitha Rajapaksa were also previously arrested on different charges.

In what must be a huge relief to citizens, the Supreme Court of Sri Lanka has ruled to suspend the proposed increase VAT and NBT.
Image courtesy: omlanka.net

The Supreme Court issued an interim order on Monday (11) suspending the implementation of the revised Value Added Tax (VAT) and the Nation Building Tax (NBT) that were increased from 11 percent to 15 percent last May.

The Court made this decision after a Fundamental Rights petition filed by the Joint Opposition, that challenged the revised taxes.

Following this, the increased VAT tax was brought back to its previous level by the Government. Minister of Finance Ravi Karunanayake stated that the matter will be resolved once it is brought up in Parliament for debate, or once the court makes another order in the next court session.

The control prices of 16 consumer goods were announced on Thursday (14).

Co-Cabinet Spokesperson Minister Gayantha Karunathilaka announced on Tuesday (12) that the Cabinet had decided to bring 16 essential commodities under price control, following the paper submitted by the Ministry of Industry and Commerce.

The new prices are effective immediately, and the complete list of amended prices can be viewed here.

The Anti-Corruption Front (ACF) on Wednesday (13) claimed that there are moves to cover up the corrupt acts of Government workers, especially with regard to the controversial coal import tender in 2014.

The ACF requested the Auditor General’s Department to persuade the Ministry of Power to take immediate action and respond to the audit investigations which have revealed that the State had a incurred a loss of Rs. 1, 803 million.

The Supreme Court and the Auditor General’s Department had previously pointed out irregularities in the tender evaluation process.

Following this, several Joint Opposition members accused Minister of Megapolis, Patali Champika Ranawaka, for the losses incurred through the alleged l scam. Minister Ranawaka, responding to the allegations, stated that he was not the minister of the alleged subject during the time the coal import tender bid was called.

Investigations being carried out on the lorry which ploughed through Bastille Day Celebratiosn, killing over 80 in Nice. Image courtesy independent.co.uk

A lorry ploughed through a crowd during Bastille Day celebrations last Thursday (14) in the southern French city of Nice, killing over 80, including children.

The incident had taken place in the city’s famous Promenade des Anglais during a firework display. Around 18 more people were hospitalised after sustaining injuries and are in critical condition.

The lorry driver, who perpetrated the attack, a French national aged 31, was shot by the police. Upon inspection the police discovered  that the lorry driven through the crowd had contained a large amount of guns and grenades.

France is already under a state of emergency, after the attacks in Paris in November that left 130 people dead. It was due to end later this month. Following this, President Francois Hollande extended the period of the state emergency by three months.

The Islamic State (IS) terrorist outfit has not yet claimed responsibility for the attack. However, IS Twitter accounts have published several posts in ‘celebration’ of the attack.

Bastille Day on 14 July 1789 was an important event in the French Revolution, when a crowd stormed the Bastille fortress, known for holding political prisoners.

She was appointed Prime Minister after former prime minister David Cameron announced his resignation following the results of the Brexit vote.

Shortly after her appointment, Premier May took steps to shake up the Cabinet with several new additions, including: Liz Truss as Justice Secretary, and Justine Greening for Education, while Tory leadership contender Andrea Leadsom has been promoted to Environment Secretary. Boris Johnson has been appointed Foreign Secretary, and Philip Hammond, Chancellor.