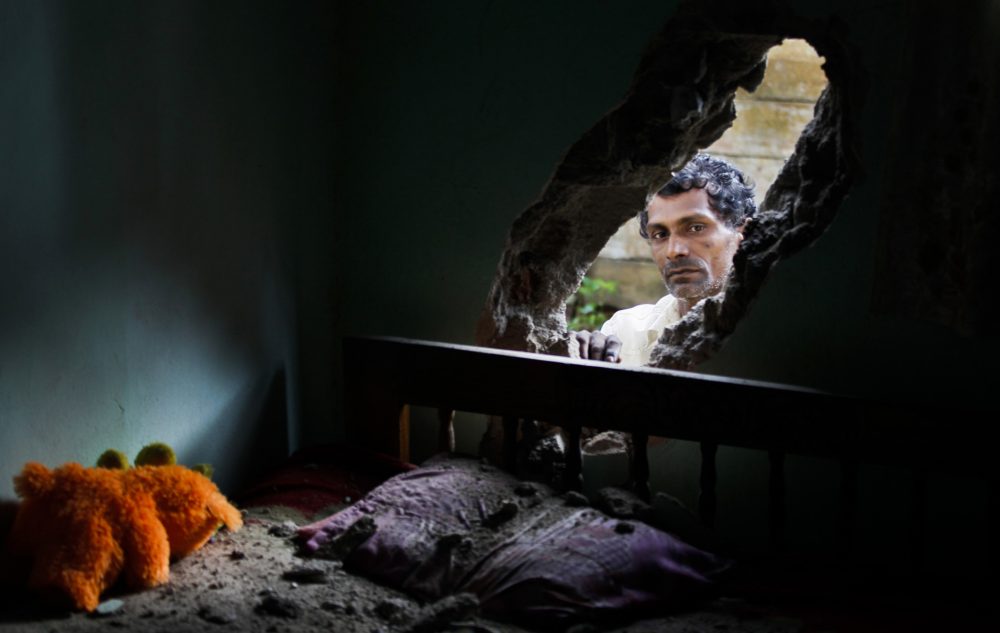 It has been a busy second week in June, mostly thanks to the fire that broke out at the Salawa Army camp. With all the focus directed that way, there may also have been a few stories that didn’t entirely get your attention. Here’s a round-up of this week’s biggest and hottest news stories.

An unexploded shell in the vicinity of the army camp. Image credit Kris Thomas

A sudden fire broke out at the Salawa-Kosgama Army Base on Sunday (5), which resulted in the death of a lance corporal of the Army.

The fire spread to the ammunition dumps of the Army Base and resulted in vast explosions that could be witnessed throughout Sunday night, from several kilometers away from the camp. As a precautionary measure, the Army evacuated civilians in the surrounding area.

The following morning, unexploded heavy ammunitions such as projectiles and shells and other shrapnel were seen in the residential areas around the camp. A number of houses in the area sustained heavy damage.

Following the reopening of the roads on Tuesday (7), residents started returning to their homes in an attempt to resettle. However, due to the unremoved shrapnel and individuals who have come to ‘sight see’, the residents held a protest, demanding to close the Colombo- Avissawella High Level Road.

Minister of Disaster Management, Anura Priyadarshana Yapa, on Thursday (9) promised to provide Rs. 50,000 per month for three months to those whose houses are uninhabitable due to the Salawa fire.

Thirty-two new vehicles are to be purchased at a cost of Rs. 1.175 billion, for public representatives. Image credit: newsfirst.lk

The Government on Tuesday (7) sought approval from Parliament to purchase 32 brand new cars at a cost of Rs. 1,175 million (1.175 billion) for the use of 30 Ministers, State Ministers and Deputy Ministers of 22 ministries.

However, Prime Minister Ranil Wickremesinghe temporarily halted the purchase until funds are allocated to those who were affected by the Salawa fire and the Aranayake landslide.

Three individuals died as a result of a hand grenade explosion at a house located in Thalangama, Battaramulla on Thursday (9).

A nine-year-old girl who also sustained severe injuries in the explosion was hospitalised following the incident.

One of the victims was a 43-year-old mother of four residing in the Bandarawatte area in Thalangama. The deceased woman, who had been separated from her husband, was in a relationship with a 51-year-old man, believed to be responsible for the explosion. The woman had eventually attempted to end the relationship, which had resulted in an altercation between the two.

The victim had lodged a complaint with the police with regard to these advances and the police had requested both parties concerned to be present at the Thalangama police station on Thursday.

On Thursday, the perpetrator had entered the victim’s house, while she was preparing to leave for the police station, and had detonated a hand grenade. The blast had also claimed the lives of the victim’s aunt, as well as the individual who detonated the bomb.

The President’s House in Fort is currently open to the public. Image credit: dailynews.lk

The official residence of the President of Sri Lanka was opened to the public for the first time, for six days starting Wednesday (8), under the directions of President Maithripala Sirisena.

In 1972, after the country became a republic, it was transformed into the President’s House.

From The Parliament: Faulty Audio System And Ravi K’s No Confidence Motion

The ‘No Confidence’ Motion, brought against Minister of Finance Ravi Karunanayake by the Joint Opposition, was defeated by the Government in Parliament on Thursday (9) 145 voting against and only 51 voting for the motion.

The Government and its allied parties voted against the motion, though the JVP backed the Joint Opposition in voting for the motion.

Prior to this,Parliamentary proceedings were temporarily adjourned on Wednesday, following several technical difficulties in the sound system. Although some representatives claimed that this was an attempt to sabotage the argument into the No  Confidence Motion, these claims were refuted by the members of the Government.

Leader of the House, Lakshman Kiriella, stated that Rs.10 million has already been allocated in order to upgrade the audio system in the Parliament.

Muhammad Ali: Passing of the Greatest

Heavyweight boxing legend Muhammad Ali, died on Friday (3) at a hospital in Phoenix, where he was receiving treatment for respiratory problems.

At the time of his death, 74-year-old Ali had been living in the Phoenix area with his fourth wife, Lonnie, whom he married in 1986. He is survived by his wife, seven daughters, and two sons.

Upon Ali’s death, tributes immediately poured in for ‘The Greatest’, who was known globally not only for his success in the boxing ring, but also for his humanitarian activism. Ali is known for refusing to enlist in the US Forces during the Vietnam war, saying that the Vietnamese had done nothing wrong to him.

Ali had been hospitalised multiple times in recent years, and although his Parkinson’s had limited his public speaking, Ali continued to make appearances and offer opinions through his family members and spokespeople.

His endorsement came after meeting Vermont Senator Bernie Sanders, who has been battling Clinton for the nomination. In a video tweeted by Clinton, Obama said she may be the most qualified person “ever” for the role of president.

President Obama and Clinton are set to start campaigning together soon. Clinton became the first woman to win the US presidential nomination from a major political party following her victory in California on Wednesday (8).