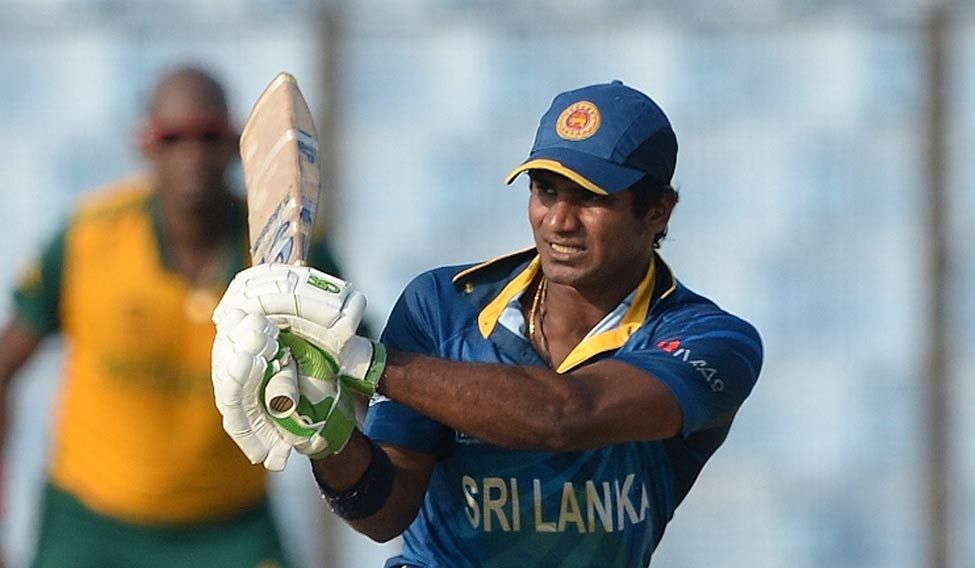 In local news this week, the Thajudeen case was taken up in court once more, and so was a land-related case involving Former Minister Basil Rajapaksa. The good news for cricket fans: Kusal Perera has been cleared of doping charges, while on an unrelated note, the Government is seriously considering cannabis cultivation (for medical requirements, of course). Meanwhile, in the Philippines, a new President has announced a heavy crackdown on crime. Read on to find out more ‒

A database of all information leaked via the ‘Panama Papers’ has made it possible to identify specific individuals and companies implicated in the Mossack Fonseca scandal. Image credit: english.gossiplankanews.com

The ICIJ released a searchable database on Monday (9), offering better insight into the Panama Papers issue, after which the names of 19 Sri Lankans, who maintained 22 offshore accounts, were exposed.

Individuals attached to the controversial Avant Garde security firm have featured prominently in the Panama Papers, although Avant Garde Chairman, Nissanka Senadhipathi, has “denied holding funds in Panama”, according to local media.

The complete list of names and companies can be found here.

Further investigations into the Wasim Thajudeen killing have pointed to more problems with the initial handling of the case. Image credit: asianmirror.lk

CID investigations have revealed that high-ranking police officers had interfered in the preliminary investigations into the death of former ruggerite Wasim Thajudeen. The revelation was made when the case was brought up in court yesterday (12).

It was also revealed that the CID had recorded statements from 20 Police officers, and their statements appeared to be contradictory.

Senior State Counsel Dilan Ratnayaka had further said the that behaviour of the former Narahenpita Crimes OIC during the recovery of Thajudeen’s wallet at Kirulapone was questionable. He requested the Magistrate to further remand the OIC.

He also moved court to order the Mobitel mobile network company to provide details of mobile phone conversations of the deceased and the suspects to the CID.

The Magistrate, while ordering Mobitel to provide these details to the CID, also ordered the Sri Lanka Medical Council (SLMC) to submit a report on their investigations to court.

The SLMC meanwhile yesterday informed Court that they had filed charge sheets against former Colombo Chief Judicial Medical Officer, Prof. Ananda Samarasekara, and two other Medical Officers, over the bones and other body parts of Thajudeen, which had gone missing after being taken in for investigations.

Basil Rajapaksa was arrested by the FCID and later released on bail. Image credit: news.lk

Rajapaksa arrived at the FCID on Thursday morning to give a statement over an irregularity in purchasing a land in Matara, but was later released on bail after he was produced before the Matara Chief Magistrate. Bail was set at Rs.50,000 with three sureties of Rs. 1 million each. The case was postponed to July 20.

Kusal Perera has been finally cleared of doping charges, and is free to resume playing. Image credit: indianexpress.com

The ICC said there was no decisive evidence that Perera, who was suspended in December 2015, had used performance-enhancing substances. Late last year, a Qatar-based had reported to the ICC that urine samples collected from Perera had tested positive for 19-Norandrostenedione, a prohibited anabolic steroid.

This week, however, the ICC announced its withdrawal of disciplinary charges against Perera, after a sustained challenge from Perera’s legal team, who, according to the ICC in a recent letter had “suggested for the first time that the Qatar laboratory might have misidentified impurities in the samples as the performance enhancer, given the very low concentrations of that substance found in the samples”.

The independent investigation commenced by the ICC was unable to find conclusive evidence of the drugs in the sample.

The government is looking to implement an ‘action plan’ with regard to cannabis cultivation for medical requirements. Image credit: vice.com

The Government has expressed interest in adopting proper scientific methods to cultivate cannabis on a large scale, according to Minister of Health Rajitha Senaratne’s statement to the media on Tuesday.

The Minister said that the “product” will also be imported in adequate amounts to meet medical requirements.

He added that proposals to this effect received from several countries were being currently explored by him, and he hoped to implement an action plan within the next few months.

This is the latest development in efforts to solve the mystery of the aircraft, which went missing in March 2014, with  239 people on board.

Three ships are searching a 120,000 sq km area of the southern Indian Ocean but have so far found no trace of the plane. Five pieces of debris have thus far been confirmed as definitely or probably from the plane.

Each piece was found thousands of miles from the search zone, though within the area that models of ocean currents have indicated debris could wash up.

Recently elected Philippines President Rodrigo Duterte, dubbed the “Punisher” of the Philippines, has impressed the local police force, as well as most of the citizens, with his zero tolerance policy campaign to crush crime, corruption, and drug abuse.

Duterte, calling himself a ‘dictator’ against forces of evil, has pledged to raise policing standards to the level of Davao, the once-lawless city in southern Mindanao, where he has been mayor for 22 years and the only one in the country that runs its own 911 emergency call service.

Reported crimes in the Philippines more than doubled from 319,441 cases in 2010, when President Benigno Aquino took office, to 675,816 last year, according to national police data. Roughly half of those were serious crimes, while rape cases rose by a shocking 120 percent over this period.