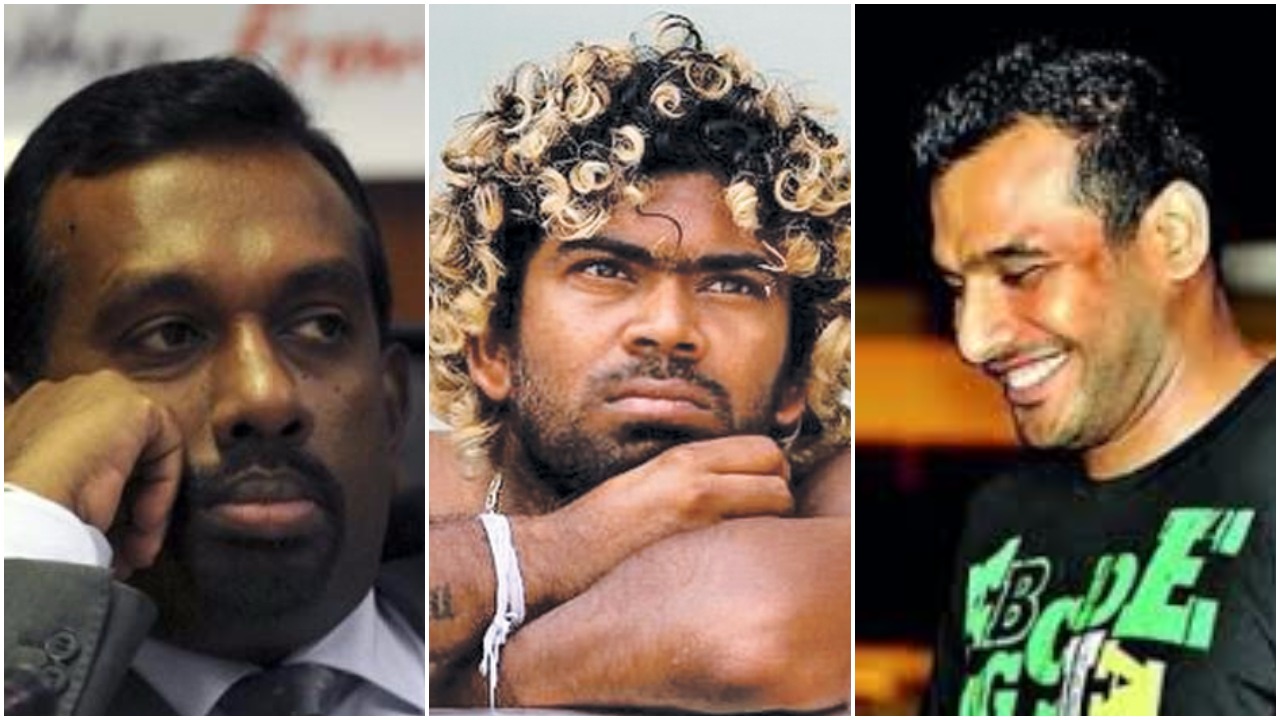 The headlines that had most Sri Lankans worried this week had to do with the reported increase in VAT, while Malinga’s injury brought bad news for cricket fans. In international news, droughts and disasters have left millions affected, and hundreds dead or injured.

Inspector Perera was produced before the Colombo Magistrate’s Court on Thursday and remanded till May 5.

The arrest comes after Additional Magistrate Nishantha Peiris earlier this year ordered the CID to arrest all suspects named in connection with the brutal murder, in which a still living but unconscious Thajudeen had been allegedly burnt alive in his car at Narahenpita.

Thajudeen, a much admired National Rugby star, was reported to have been killed in a motor accident on 17 May 2012. Later JMO reports, however, confirmed that he had been killed, and had not died as a result of injuries sustained in an accident.

Shortly after the public was alarmed by recent media reports about a raise in Value Added Tax (VAT), President Maithripala Sirisena said this week that he will not allow so-called economic experts to burden the public with increased taxes.

He made this statement on Tuesday (19) while speaking at an event in Polonnaruwa. President Sirisena said that some experts are not aware of the suffering of the people, and that he will ask such experts to go home.

The proposed VAT increase was expected to affect low and middle-income groups the worst. Later in the week, however, a high-level emergency meeting was called to discuss the matter, at which it was decided that while the Government will proceed with VAT increments, essential utilities such as water, electricity and pharmaceuticals will be exempted from increased taxation.

Media reports on the matter also suggested that the Prime Minister and President had initially held opposing views on the VAT issue. Last month, Cabinet accepted Prime Minister Wickremesinghe’s recommendation to raise VAT to 15%, in the light of Sri Lanka’s dismal financial situation.

There’s A New IGP In Town

The Constitutional Council on Wednesday (20) named Senior DIG Pujith Jayasundara as the 34th Inspector General of Police (IGP) after the conclusion of elections carried out by the Council.

The names of Senior Deputy Inspectors General of Police Pujith Jayasundara, S. M. Wickremasinghe, and C. D. Wickremaratne were recommended for the appointment to the post of IGP by President Sirisena. The decision of the ten members of the Constitutional Council, headed by Speaker Karu Jayasuriya, were sent to the President for approval.

The Colombo Crimes Division (CCD) sought an open warrant from the Colombo Magistrate’s Court on Monday (18) to arrest the primary Indian suspect behind an alleged kidney racket.

Although he had been previously arrested, the suspect recently managed to escape from the Mirihana Special Detention Centre, where he was being held. It is suspected that he may have now fled to India, and local Police hopes to get the assistance of the Indian Police to arrest him.

The escaped suspect, Vijinigiri Lakshman Kumar, is one of eight suspects arrested last month over visa violations, and having alleged links to the kidney trade. The other suspects have been further detained until May 2.

Previously, the defence counsellor representing six of the detainees admitted that they had donated their kidneys. The CCD had also informed Court that further investigations are being conducted to arrest Sri Lankan doctors who are involved in the kidney racket.

Aluthgamage’s Bank Accounts To Be Probed

The order was made following a request to that effect by the CID, who are currently conducting investigations into a case of alleged illegal earnings and misappropriation of state funds.

When the case was taken up for hearing, the CID submitted a progress report to Court on investigations into the case, before explaining in detail matters relating to a house in Rajagiriya, alleged to be owned by the minister.

The Criminal Investigation Department (CID) recorded statements from 20 policemen on Wednesday, in connection with the theft of a T-56 rifle and five revolvers from the Laggala Police Station.

Following a search carried out based on information received, police officers found the firearms near a water tank in the premises of the Sandagala Viharaya in Wellewela, around 5 km from the Laggala Police Station last Saturday (16).

Police suspect that the individuals who stole the guns had left them behind at the temple premises.

The weapons were stolen from the Laggala police station at around 1:00 a.m. last Thursday (14) by an individual who had opened the locked armoury. However, no ammunition had been stolen by the suspect. Three police officers who were on duty at the police station at the time were interdicted.

Malinga Advised To Take A Break

The Sri Lankan Cricket Medical Committee confirmed that fast bowler Lasith Malinga is suffering from a knee stress reaction due to his bowling style, and therefore should take a rest for the betterment of both himself and the national cricket team.

Malinga appeared before expert doctors for a medical examination at a private hospital in Colombo on Thursday (21).

Veteran film director and producer D. B. Nihalsinghe passed away at the age of 77 on Wednesday.

Nihalsinghe was noted for his versatility: as a film cameraman and director, pioneering television director, administrator, as well as a teacher. He introduced professional television production to Sri Lanka in 1979, with the commencement of our first colour teledrama, Dimuthu Muthu.

He was also the founding Chief Executive Officer and General Manager of Sri Lanka’s National Film Corporation, and a distinguished alumni of the then University of Ceylon, Peradeniya.

Over 330 million people are believed to be affected by the ongoing drought in India. Image courtesy indianexpress.com

At least 330 million people are affected by drought in India, the government has told the Supreme Court.

Authorities say this number is likely to rise further, given that some States with water shortages have not yet submitted status reports.

The drought is taking place as a heat wave extends across the subcontinent, with temperatures in many Indian states exceeding 40C for days now.

The government said that nearly 256 districts, home to nearly a quarter of the population, were impacted by the drought. Schools have been shut in the eastern state of Orissa, while more than 100 deaths due to heat stroke have been reported from across the country, including the southern states of Telangana and Andhra Pradesh, which saw more than 2,000 deaths last summer.

On Saturday (16), Ecuador experienced a devastating earthquake with a moment magnitude of 7.8 and a depth of 19.2 kilometres, which killed at least 570 people and injured over 4,000. Less than a week later, another earthquake struck.

The first earthquake was centered approximately 27 km from the towns of Muisne and Pedernales, in a sparsely populated part of the country, and 170 km from the capital Quito, where it was felt strongly.

Amid recovery efforts, the second quake hit the country’s coast on Thursday, about 100 km north-northwest of Portoviejo, and at a depth of 10 km.

Widespread damage was caused by Saturday’s quake, collapsing structures within hundreds of kilometers of the epicenter. President Rafael Correa has declared a state of emergency.

It was reported that 13,500 military personnel and police officers were dispatched for recovery operations in disaster-struck areas, where people are believed to be desperately in need of food and medication.

The official death toll in an explosion that struck a state oil plant in Mexico on Wednesday has risen to twenty-four, while over a hundred are believed injured.

The blast hit a facility in the southern city of Coatzacoalcos, injuring many and forcing hundreds more to leave their homes. Mexican authorities blame the explosion on a leak at the petrochemical plant.

The plant is owned by Mexico’s state oil company, Pemex, whose facilities have reported several explosions in recent years.