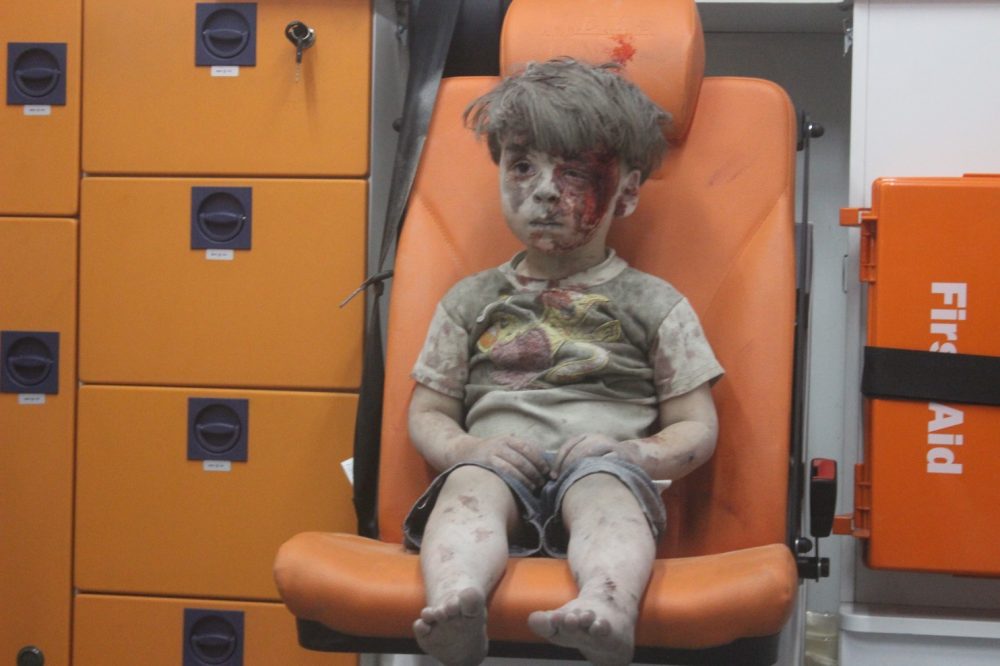 Airstrikes in Syria continued this week, leaving much destruction in their way; one particular photograph of a little boy did the rounds on media this week, capturing the horrors of the unrest in Syria. Meanwhile, in local news, four elephants were knocked down by a train, while the Department of Inland Revenue reported a tax income increase.

Here’s a recap of this week’s news stories and current affairs.

JO Hands Over Letter of Complaint to Speaker

Members of the Joint Opposition (JO) handed over a letter of complaint to the Speaker of House, alleging that the Office of the Missing Persons Bill was not properly passed in Parliament.

According to the JO, the passing of the Bill had violated several parliamentary rules and regulations.

The letter was received by Speaker Karu Jayasuriya on Thursday (18).

Four Elephants Knocked Down By Train

The body of the elephant calf that was hit by the train. Image courtesy: AFP

Four elephants, including a calf, were killed after being knocked down by the Colombo-bound Mannar night mail on Tuesday (16).

One of the elephants had reportedly been dragged for more than 100 metres along the railway track after it collided with the train.

Inland Revenue Up By Rs. 100 Billion

The government stated this week that its tax income has increased by Rs.100 billion during the first half of this year.

Co-Cabinet Spokesperson Gayantha Karunathilaka made this announcement on Tuesday (16). He said that the tax income has increased on an overall average of 20 percent.

The new appointments and the removal of the thirteen JO members took place on Tuesday (16).

Sri Lanka completed a 3-0 series whitewash of Australia on Wednesday (17) with a 163-run victory on the fifth day of the third Test in Colombo.

In the match where Australia lost their number 1 Test ranking, the tourists slumped for 160, for a target of 324.

Syria: The Boy Who Survived An Airstrike

Images and videos of a boy who had been rescued from rubble in Aleppo, Syria, went viral on Wednesday (17) after an airstrike on the city that night.

Five-year-old Omran Daqneesh and his family fell victim to the airstrike that collapsed several residences in the rebel-held Qaterji neighbourhood in Aleppo. Omran was taken to a hospital to be treated for a wound on his head.

The video footage of the boy in an ambulance, as well as the image from the bomb’s fallout, circulated on social media — a powerful reminder of the ongoing crisis in the Syrian city.

Following this, the Russian military announced that it is ready to back a UN call for a weekly ceasefire for Aleppo.

Eight people died in the strike, including five children. Fighting between government and rebel forces has escalated in recent weeks in Aleppo, once Syria’s commercial and industrial hub, leaving hundreds dead.

The Mexican government’s human rights body — the National Human Rights Commission — accused the police department of killing 22 people in extrajudicial executions during a raid on a drug cartel last year.

One officer and 42 suspects died in a shootout in a raid on Michoacan state, on May 15.

Police had used a Black Hawk helicopter during the operation, reportedly firing some 4,000 rounds into the ranch, known as the Rancho del Sol, during the initial assault.

Human rights groups in the country have long been demanding an improvement in policing standards and an end to arbitrary killings.