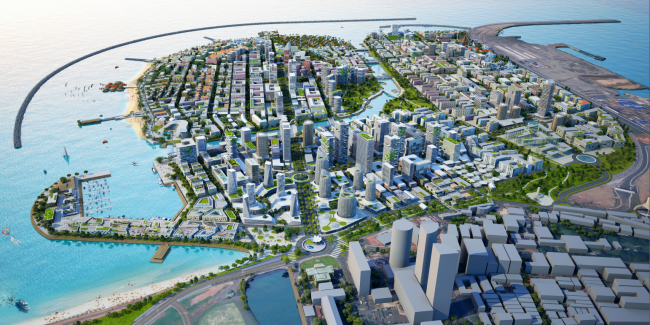 From serial killers to alleged assassination attempts to loin-cloth clad protesters, this week in news was filled with some strange twists and turns through and through.

Commotion ensued at the Bandaranaike International Airport (BIA) on Wednesday (16) after a rumour started circulating that a man armed with a 9 millimetre pistol had been loitering near the VIP lounge, soon after President Maithripala Sirisena arrived in the country after his Rome visit.

However, according to Director General of Civil Aviation Authority (CAA), the alleged armed individual had been a part of a security evaluation test carried out by the CAA. The individual, according to DG Nimalsiri, was an officer in plain clothes, attached to the CAA, who was carrying out a mock security test.

He added that the test was carried out after President Sirisena returned from his Rome visit and had left the airport premises.

The Sri Lanka Navy (SLN) has earned a total income of Rs. 220 million after carrying out 652 missions in the Galle and Colombo Harbours, during one month of providing services for Private Maritime Security Firms.

According to Navy Media Spokesperson, Captain Akram Alavi, business had started booming after the SLN took over operations previously handled exclusively by Avant Garde Maritime Services Ltd. (AGMSL). These responsibilities included included receiving, holding and issuing of weapons, ammunitions and equipment belonging to both foreign and local On Board Security Teams (OBST), who operate for merchant shipping companies.

The DNA samples of the suspect arrested in connection with the murders  in Kotakethana and Kahawatte, were positively identified with biological samples taken from the crime scenes of six other murder cases in the area.

If found guilty by the courts, this would be the first serial killer to be apprehended by the authorities in Sri Lanka. The suspect was arrested by the Criminal Investigation Department (CID) last Saturday (12) for the murder of a woman  last September.

The “Amude” and  Bankers Protests

A mass of ‘amude’ clad farmers descended upon the heart of Colombo yesterday (17) in a protest against the removal of fertilizer subsidies in the new recent Budget.

Farmers garbed in traditional farmers’ outfits, and carrying traditional farming equipments, gathered near  Lipton Circus,Town Hall. The protest was organised by the All Ceylon Peasant’s Federation.

Meanwhile, thousands of bankers also walked out on Monday (14) in protest of the Government’s 2016 budget.

More than 10,000 employees from state and private sector banks protested in Colombo’s business hub, urging the Government to review its budget proposals. Prime Minister Ranil Wickremesinghe on Monday said the administration is willing to consider alternatives to the budget proposals that critics say will harm banks and their customers.

Several amendments were made by Prime Minister Ranil Wickremesinghe to the 2016 Budget on Monday (14).

Laws were brought to ensure an increase in private sector salaries by Rs. 2,500. The lease valuation fee was reduced to Rs. 5,000. Meanwhile, Rs. 2,000 of the Rs. 10, 000 allowance paid to the public sector employees will be added to the basic salaries, while the Emission Test fee for private buses was reduced to Rs. 1,500.

Two Bills which were presented in Parliament last Friday (11), were withdrawn due to many opposing views. These were the Bills calling for anti-hate speech laws, and criminalisation of the instigation of communal violence and disharmony.

Chief Government Whip, Media Minister Gayantha Karunatilake, presented the two bills, titled ‘Code of Criminal Procedure (Amendment)’ and ‘Penal Code (Amendment)’. The two bills were withdrawn yesterday (17) and would not be taken up on January 8, 2016 for debate as earlier scheduled.

The Bar Association of Sri Lanka, the Center for Free and Fair Elections (CaFFE) as well as the controversial Bodu Bala Sena (BBS) organisation sought legal action against the two bills before they were withdrawn.

According to Co-Cabinet Spokesperson Rajitha Senaratne, the Government will go ahead with all the Chinese projects and other foreign funded projects undertaken by the previous regime ‒ including the Colombo Port City project.

Following the red alert, the government triggered restrictions on vehicle use, factories and buildings, and had promised to crack down on continuing hazardous levels of pollution in the country.

Coal-powered industries and heating systems ‒ in heavy use during the cold Beijing winter ‒ are major contributors to the smog, which is made worse by weather conditions and the city’s geography.

Not a good place for an accident – Image Credit: aviationexplorer.com

Air India suspended a pilot and co-pilot after a technician was sucked into an aircraft engine in Mumbai on Wednesday (16).

According to foreign media reports, the incident is being officially probed by the Aircraft Accident Investigation Bureau, under India’s Civil Aviation Authority, which suspended the pilot and the co-pilot.

The accident happened on Wednesday as flight AI 619 from Mumbai to Hyderabad was being pushed back for departure. The news reports stated that the engines had been started prematurely after mistaking a signal.

The Pentagon is expected to transfer 17 Guantanamo Bay detainees in the coming weeks  ‒ which would be the largest number of detainees transferred in a single month since 2007.

The transfer of inmates comes as a part of US President Barack Obama’s pledge to close down the controversial jail in Cuba.