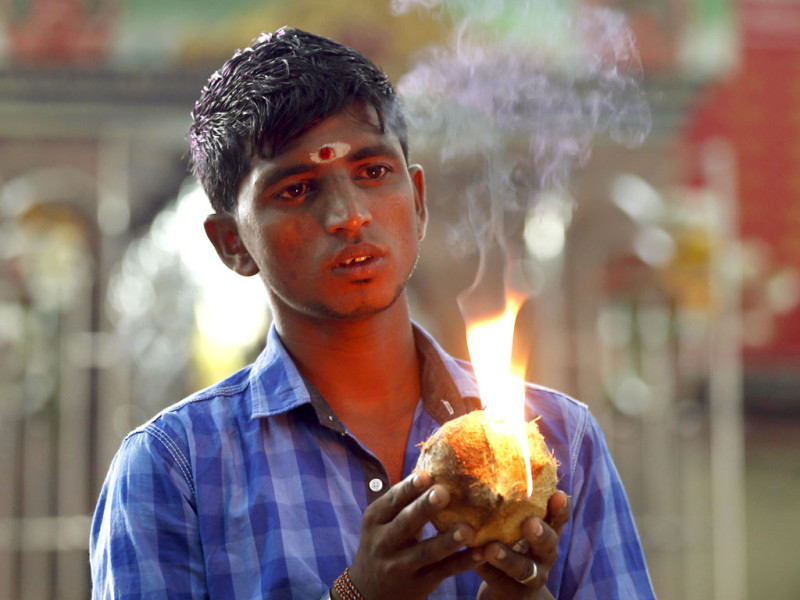 A Peacock Mansion, school principals, and court cases took centre stage in local news this week ‒ in what turned out to be a lighter contrast to the more intense events that took place on the global platform.

A tense situation erupted in the small town of Embilipitiya last Sunday (10) following the final rites of an individual who died after an alleged altercation with the police last week.

The death triggered public uproar in the form of hartal and protests in the town, with angry mobs setting fire to tyres in the middle of the road.

It all began last Monday (4) when police clashed with guests at a house party in Embilipitiya. The brawl resulted in a young man falling from the upper storey of the house, and succumbing to his injuries on Thursday (7).

While details behind the incident remain unclear, the Inspector General of Police and the Human Rights Commission of Sri Lanka have both initiated investigations into the matter.

Meanwhile, the case was also taken up before the Embilipitiya Additional Magistrate yesterday (14), where it was reported that journalists’ notebooks had been confiscated by the police.

Importers have forecast an increase in vehicle prices, following tax increments proposed in the new budget.

The Lanka Vehicle Importers’ Association has told the Daily Mirror that an increase in taxes, couple with the currency rate fluctuations, could result in fewer vehicle imports as well as higher prices.

Indian Foreign Secretary Subrahmanyam Jaishankar on a visit to Sri Lanka met Minister of Development Strategies and International Trade, Malik Samarawickrama, at his office for talks on Wednesday (13).

He met several other officials, and was also expected to meet President Maithripala Sirisena in discussions. The main purpose of his visit was to prepare for the India-Sri Lanka Joint Commission meeting, due to be held here in February.

MP Hirunika Premachandra was arrested by the Colombo Crimes Division on Saturday (9) following the notorious abduction and assault case in Dematagoda, only to be immediately released on bail.

She was released on two surety bonds of Rs 100,000 each after she was produced before the Colombo Magistrate. Investigations into the matter are still underway.

ASP Liyanage and the Peacock Mansion

Leader of the Labour Party, A.S. P. Liyanage, writing to the Inspector General of Police N. K. Illangakoon, has requested that the Police Department conduct investigations into the controversies that surround his Rajagiriya residence “The Peacock Mansion”.

He made the request following accusations that gold had been hidden inside swimming pool that was later filled up with sand. The millionaire entrepreneur had promised to lend this residence to former President Mahinda Rajapaksa last year, which did not occur due to various circumstances.

Liyanage had been previously summoned by the Commission to Investigate Allegations of Bribery and Corruption, in connection with his offer to hand over the Rs.730 million worth Peacock Mansion to the former President.

Avant Garde Maritime Services Ltd. (AGMS) has sent a letter of demand seeking a sum of Rs. 2.5 billion from the Sri Lanka Navy, for losses and damages caused to the company after the Navy took over the Galle floating armoury “unlawfully” on November 13, 2015.

The AGMS has stated that the Navy’s unauthorised takeover of their business activities violates agreements between Avant Garde and Rakna Arakshaka Lanka Ltd.

Principals of leading schools have been transferred, following issues relating to the violations of Education Ministry regulations.

Indonesia: Bombs and Gunfire in Jakarta

Bombs and gunfire- all out in the streets of Jakarta, Indonesia. Image Credit: theguardian.com

Indonesia entered into a state of shock after a series of bomb blasts erupted in the capital city, Jakarta, yesterday (14), followed by gun battles on the streets.

Indonesian President Joko Widodo deemed the incident an “act of terrorism,” which saw the deaths of seven individuals – five of them believed to be perpetrators of the offence.

Media reports quoting Indonesian authorities state that there might have been over 14 assailants who carried out the attacks.

Indonesia has been attacked by Islamist militant groups in the past and was on high alert over the New Year period after threats from the so-called Islamic State (IS).

Signaling the end of the world’s worst outbreak of the deadly Ebola disease, the United Nation’s World Health Organisation (WHO) is finally ready to declare Liberia an Ebola-free country.

Liberia will join Guinea and Sierra Leone, which were deemed free of the disease last year, after going 42 hours without a new case.

Liberia alone had been victim to the disease since 2013, and had lost over 4,000 of its citizens to it.

England: On Alert for Attacks

London is expected to increase its security by deploying and training hundreds of extra armed officers to help counter threats of terrorist attacks on the city.

According to the BBC, these extra measures come after Scotland Yard “reassessed its ability to respond to armed attacks” following last year’s deadly attacks in Paris.