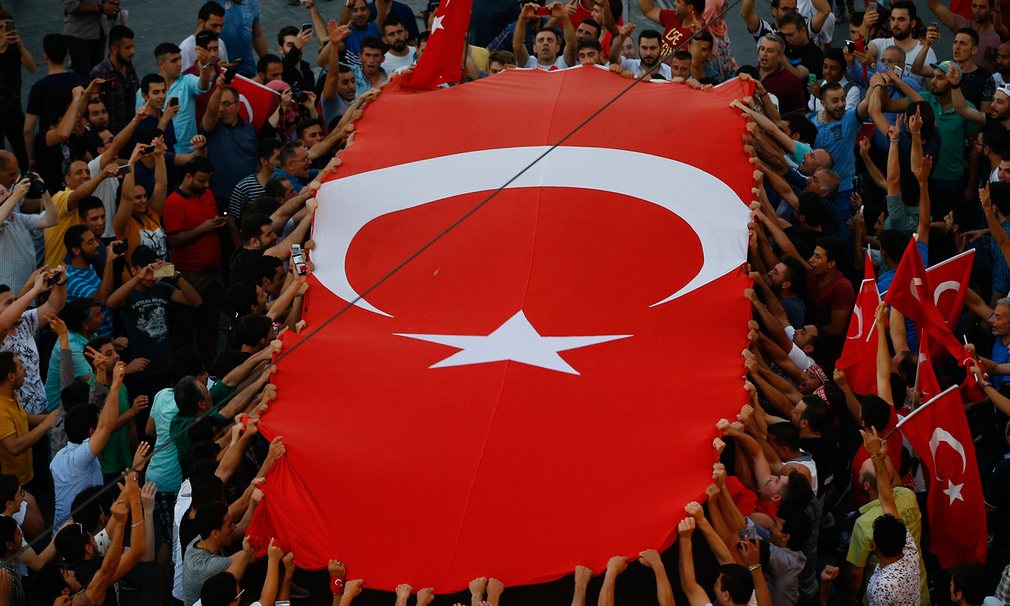 In local news this week, authorities appear to have made notable progress into the Lasantha Wickrematunge murder investigation. Meanwhile, one Rajapaksa was released on bail, while another was arrested on the same day. In international news, an attempt at a coup in Turkey failed, prompting a State of Emergency, while in the United States, Donald Trump officially secured the Republican nomination.

A sergeant major attached to the army intelligence unit was arrested last Friday (15) evening by the Criminal Investigation Department (CID) in connection to the murder of former The Sunday Leader editor, Lasantha Wickrematunge.

Wickrematunge was shot and killed by two unknown assailants on a motorcycle in Attidiya, Dehiwala in 2009.

After being presented before the Mount Lavinia Magistrate, the suspected sergeant major was remanded until July 27, pending an identification parade.

The arrest had been made based on a statement by an eyewitness who saw a group, including the suspect, committing the crime. The Army intelligence unit officer had been arrested on an earlier occasion but was released on the advice of the Attorney General.

An internal clash erupted between two groups of students at the University of Jaffna on Saturday (24), resulting in the hospitalisation of several students who were involved.

The incident had reportedly taken place during a ceremony organised to welcome a new batch of students to the university’s science faculty. Reports stated that two groups of students had ended up in an altercation following a disagreement regarding a performance item which was supposed to take place during the ceremony. The science faculty was closed indefinitely following the clash.

Meanwhile, the University Grants Commission stated on Sunday (17) that the Commission will take rigorous action against those who were involved in the clash.

The Rajapaksa Prison Rotation: Namal Out, Basil In

Namal Rajapaksa, who was arrested last week, was on Monday released on bail. Image courtesy Reuters.

Joint Opposition and Sri Lanka Freedom Party Parliamentarian Namal Rajapaksa was released on bail on Monday, after being arrested last week on grounds of misappropriating funds related to the controversial ‘Krrish’ deal. The very same day, however, another Rajapaksa was arrested ‒ former Minister of Economic Development, Basil Rajapaksa was summoned by the Financial Crimes Investigation Division of Police (FCID), and arrested on charges of financial misappropriation.

He was questioned regarding the discrepancies reported in a large-scale purchase of galvanised pipes for the Divi Neguma Development Department.

Following his arrest, MP Basil Rajapaksa was produced before the Colombo Fort Magistrate where he was remanded till later. However, the parliamentarian was later hospitalised for a medical check-up on Tuesday (19).

Minister of Power and Energy Ranjith Siyambalapitiya admitted at Parliament on Wednesday (20) that the Ministry had incurred a staggering loss due to irregularities in coal imports in the recent past.

He announced that a three-member committee has been appointed to investigate into the matter.

The Anti Corruption Front had previously accused four Ministers of the Ministry of Power and Energy (including Siyambalapitiya and three of his predecessors) of gaining illicit financial benefits from scams carried out by state officials.

The irregularities in the coal import was previously pointed out by the Supreme Court as well as the Auditor General’s Department.

The Presidential Commission of Inquiry into Complaints of Abductions and Disappearances has completed the final interim report into the inquiry and is pending submission to President Maithripala Sirisena.

The term of the Commission officially concluded on July 15.

Turkish President Recep Tayyip Erdogan has declared a state of emergency after a failed military coup. According to Turkey’s Foreign Ministry, at least 290 died and more than 1,400 were wounded in the coup that began on Friday evening and escalated into violence.

After tanks rolled onto the streets of Ankara and Istanbul, Turkish President Erdogan had reportedly urged his supporters to take to the streets and stand up against the military faction involved in the uprising. This resulted in protests against the attempted coup, and a clash between civilians and the military.

By Saturday morning, however, the Turkish government said they were in “full control” of the situation, and soldiers involved in the coup began surrendering. Around 6,000 people have been detained so far.

Trump’s son, Donald Trump Jr., announced the support of New York during a roll-call vote at the Republican National Convention, ensuring Trump had the majority of delegates of 1,237 needed to contest the November 8 US Presidential Election against Democratic nominee Hillary Clinton.

Trump’s Democratic rival, Clinton, was quick to respond, tweeting after the vote: “Donald Trump just became the Republican nominee. Chip in now to make sure he never steps foot in the Oval Office.”

The state-by-state vote to put Trump’s name in nomination took place a day after opponents staged a failed attempt to force a vote opposing his candidacy, and after a speech by his wife, Melania, drew accusations of plagiarism.

Five suspects were charged with terror offences in court in France yesterday (21) in relation to the Nice truck attack, which killed 84 people, including children.

The four men and one woman, aged between 22 and 40, stand accused of helping driver Mohamed Lahouaiej-Bouhlel prepare the terror attack.

Lahouaiej-Bouhle, who drove into a crowd on Bastille Day, had reportedly gained logistical support from the charged accomplices over the course of several months in order to plan the attack.