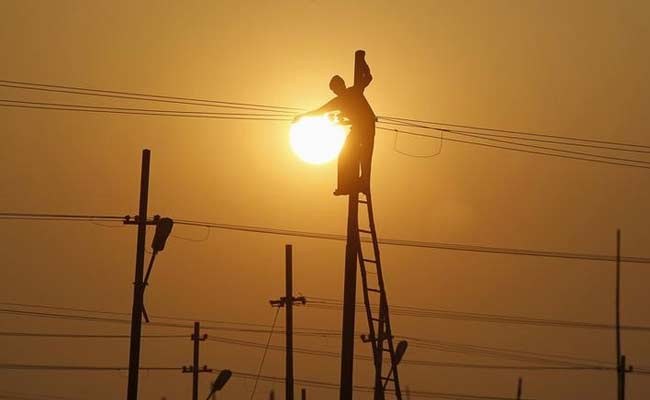 With the Seya Sadewmi murder investigation drawing to a close, another investigation resulted in the exhumation of a body this week. Yoshitha Rajapaksa, meanwhile, was finally released on bail, while his father was in the spotlight during a Joint Opposition rally held on Thursday. And of course, there were the power cuts. In International news, Donald Trump’s presidency has been rated a global risk, equal to threats posed by jihadi terrorism.

Read on for more news from the last week.

Saman Jayalath has been sentenced to death over the murder of Seya Sadewemi. Image credit: dailynews.lk

The perpetrator behind the shocking rape and murder of a little girl in September last year, has finally been sentenced for his crimes.

In addition to murder, Jayalath was also charged with abduction, rape, and sexual assault. According to reports, he was sentenced to a twenty year prison term and fined Rs.10,000 for the first charge,and also issued twenty years imprisonment and a Rs. 10,000 fine for the second, and a two-year imprisonment and a fine of Rs. 25,000 for the third. Under the fourth charge of murder he was sentenced to death.

The accused had confessed to the crimes, and pleaded guilty to all charges against him.

When the Court inquired whether Jayalath had anything to say regarding his punishment, Jayalath blamed his crimes on an excessive addiction to alcohol.

Sadewmi had been abducted on September 11, 2015, and her body was found by the police in scrub jungle in the vicinity of her home two days later.

A number of arrests were made during investigations into the murder, including those of a seventeen year old school boy, and Dunesh Priyashantha, Jayalath’s younger brother. Jayalath was finally convicted when DNA tests revealed that his DNA matched samples collected from the body of the murdered child.

The body of 29-year-old Sumith Prasanna Jayawardene, who was killed in a clash involving Police personnel in Embilipitiya, was exhumed on Tuesday morning for another post-mortem JMO probe before the Embilipitiya Additional Magistrate.

The Court issued the order to exhume his body on March 10 in order to conduct a second post-mortem examination in response to a request made by the Attorney General’s Department.

State Counsel appearing for the Attorney General’s Department requested Court to grant permission for a new postmortem examination to be carried out by a panel of Judicial Medical Officers.

The AG’s Counsel informed Court that the report submitted by the Ratnapura Hospital JMO was contradictory to the evidence, and need further examination.

The country experienced a series of power cuts this past week. Image credit dawn.com

Last Sunday’s (13) all-island power outage was the third major crisis in the past six months, following outages on February 25 this year, the September 27, 2015.

Following this, the Government decided to impose staggered power supplies in certain areas of the country, with the objective of economising on energy reserves. Subject Minister Ranjith Siyambalapitiya told the media that the Ministry had separated the country into four ‘zones’ for the purpose of enforcing the staggered power supplies. Following an inspection tour of the Lakvijaya Power Plant, the Minister noted that if consumers could reduce electricity consumption by 15 per cent, there would be no need to go through with the planned power cuts.

On Wednesday evening the Norochcholai Power Plant was restored to normalcy with successful electricity generation. Ceylon Electricity Board Chairman, Anura Wijepala, clarified that no power cuts will be imposed from Thursday (17).

Yoshitha Out on Bail

After over a month in remand custody, Yoshitha Rajapaksa and three others are out on bail. Image credit: sundaytimes.lk

Colombo High Court on Monday (14) granted bail to Yoshitha Rajapaksa and three others who were held in remand custody for forty-four days on money laundering charges at the Carlton Sports Network (CSN).

The suspects granted bail were Yoshitha Rajapaksa, Rohan Welivita, Ashan Ravinath Fernando, and Sachithra Dissanayake. They were each issued a cash bail of Rs. 100,000 and two sureties of Rs. 1 million. The suspects also had their passports impounded and will not be allowed to go overseas unless approved by Court.

Mahinda at the JO Rally

The Joint Opposition rally themed ‘The People’s Struggle’ was held on Thursday (17) at Hyde Park.

The Joint Opposition accused the Government of conspiring with foreign nations and demanded solutions to the current energy issues in the island.

An unfortunate feature that set this rally apart from other Joint Opposition rallies was the fact that a majority of the crowd were visibly intoxicated.

Roughly 30 minutes prior to the former President’s arrival, Police personnel who had been positioned to control the crowd abandoned their posts as the unruly crowd toppled barriers in their efforts to reach the front ranks of the rally, resulting in several clashes within the crowd.

Several media personnel covering the rally were also harassed and threatened by the unruly mob.

Kurdish parties revealed on Wednesday their plans to declare a new federal system in areas under their control in northern Syria.

The federal system would also include predominantly Arab and Turkmen areas captured from the so-called Islamic State.

The idea was dismissed by Syrian Government negotiators at peace talks in Geneva and by Turkey’s Government. Both stressed the need to preserve Syria’s national unity and territorial integrity.

A Trump presidency would be among the world’s top ten global risks, according to the Economist Intelligence Unit. Image credit Reuters

Donald Trump winning the US presidency is considered one of the top 10 risks facing the world, according to the Economist Intelligence Unit.

The research firm warns he could disrupt the global economy and heighten political and security risks in the US. However, it does not expect Trump to defeat Hillary Clinton who it sees as “his most likely Democratic contender”.

He is rated as riskier than Britain leaving the European Union or an armed clash in the South China Sea.

China encountering a “hard landing” or sharp economic slowdown and Russia’s interventions in Ukraine and Syria preceding a new “cold war” are among the events seen as more dangerous.

The EIU ranking uses a scale of one to twenty-five, with Trump garnering a rating of twelve, the same level of risk as “the rising threat of jihadi terrorism destabilising the global economy”.

Norwegian mass killer Anders Behring Breivik on Wednesday (16) told a courtroom that the state had tried to kill him with five years of solitary confinement.

The right-wing extremist is suing the government, complaining that his jail conditions break human rights laws, a charge denied by the state.

He had told the court it would have been more humane to shoot him, than treat him like an animal for the past five years.

Breivik murdered 77 people in twin attacks in July 2011. He carried out a bombing in central Oslo before driving to the island of Utoeya, where he opened fire on children at a Labour party youth camp.

Breivik, 37, told the judge in a converted gym at Skien prison on Wednesday that he would fight for National Socialism (Nazism) until the day he died.

However, he made no attempt to repeat the Nazi salute he had given on the first day of the hearing, after the judge urged him not to.

He praised the rise of the far right in Greece and of right-wing parties in Germany and said he drew strength from Adolf Hitler, while asserting that he no longer believed in violent revolution. Although the first day of the hearing was broadcast live on Norwegian TV, the cameras were switched off when Breivik began his lengthy, scripted address.