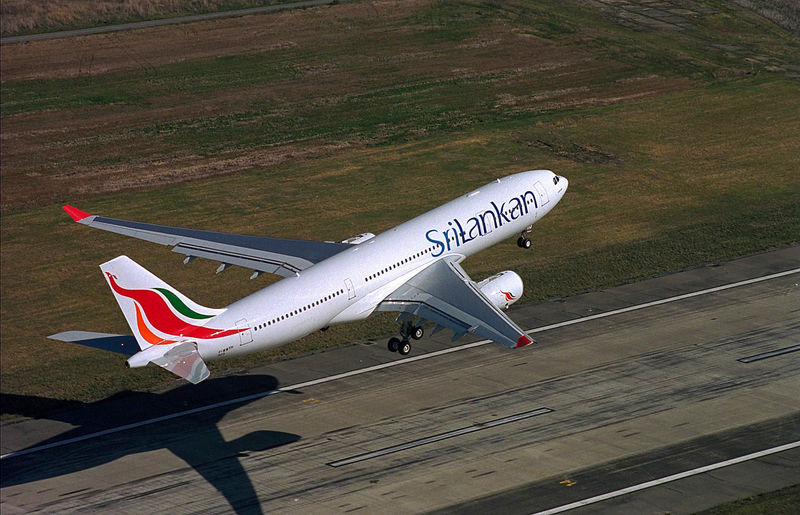 In local news, there’s talk of Sri Lankan Airlines merging with a private company and the securing of a USD 1.5 billion loan from the IMF, while in India, the government plans to publish a register of convicted sex offenders.

Prime Minister Ranil Wickremesinghe has said that a proposal has been submitted to the Cabinet of Ministers to merge SriLankan Airlines with a private company in a bid to cut losses.

The Government earlier said it would seek foreign assistance to rescue Sri Lanka’s loss-sustaining national carrier, as the airline was unable to pay back debts aggregating nearly USD 1 billion.

According to the Prime Minister, the airline owes at least USD 933 million in debts, and the real figure could be much higher. A previous management deal with Emirates was ended in 2008 by the Rajapaksa Government.

The Media Ministry, in a recent press release, has said that the use of the term ‘Joint Opposition’ is in violation of the law.

According to the press release, some parliamentarians who represent a main political party in the governing party, and who do not represent either the Opposition Leader or the Opposition’s Chief Organiser, are engaging in an organised political campaign under the name ‘Joint Opposition’.

The Ministry Secretary has said that even the Speaker had pointed out the fault in the concept of ‘Joint Opposition.’

Sri Lanka has managed to secure a USD 1.5 billion loan from the IMF to help bolster finances. Image courtesy beforeitsnews.com

In a bid to lower borrowing costs and strengthen finances, Sri Lanka has reached an agreement with the International Monetary Fund for USD1.5 billion in loans.

The government had pledged to narrow its fiscal deficit to 3.5 percent of gross domestic product by 2020 through a comprehensive set of reforms to Sri Lanka’s tax system.

The loan programme will need approval by the IMF’s executive board, which is due to consider it in early June.

According to the IMF, once approved, the loan programme is “expected to catalyze an additional $650 million in other multilateral and bilateral loans, bringing total support to about $2.2 billion, over and above existing financing arrangements.”

Sri Lanka last sought an IMF loan in 2009 following the end of the civil war, while under the Rajapaksa government, to bolster its international reserves. It received the final tranche of the USD 2.6 billion IMF loan in 2012.

The suspect was arrested after being deported by Malaysian authorities for being in that country without a visa.

The suspect’s social media attack on the President was sparked by his anger related to the arrest of the General Secretary of the Bodu Bala Sena organisation, Galagodaaththe Gnanasara Thera.

The suspect, hailing from Yakkala, was arrested by the CID on his arrival at the BIA on Thursday. He was produced before the Colombo Chief Magistrate’s Court and remanded pending further Police action.

Meanwhile, MP Geetha Kumarasinghe has been removed from her post as Bentara-Elpitiya SLFP Organiser, while MP Salinda Dissanayake has also lost his post as Hiriyala SLFP Organiser. Both MPs represent the Joint Opposition in Parliament.

North Korea has sentenced a US citizen to 10 years of hard labour for spying. Image Credit: 660theanswer.com

North Korea has sentenced a US citizen to 10 years of hard labour for spying, according to Chinese news agency Xinhua.

It named the person as Kim Dong-chul, a naturalised US citizen born in South Korea who was arrested last October.

Kim had appeared in front of reporters in Pyongyang last month making an apparent confession, saying he was paid by South Korea to conduct espionage.

India’s government is drawing up plans to publish a register of convicted sex offenders, according to one of its junior ministers.

Junior minister of Home Affairs Kiren Rijiju has told foreign media that guidelines are under preparation in consultation with various ministries.

The planned register will include details about convicted sex offenders, including names, addresses, telephone numbers and current photographs. Relevant crimes range from stalking and voyeurism to rape and aggravated sexual assault. Child offenders will also be included.

The move comes amid longstanding demands for tougher action against sexual violence, more than three years since the fatal rape of a student in Delhi. The incident led to protests and the introduction of tough anti-rape laws, in spite of which sexual attacks against women and children continue to be reported from across the country.