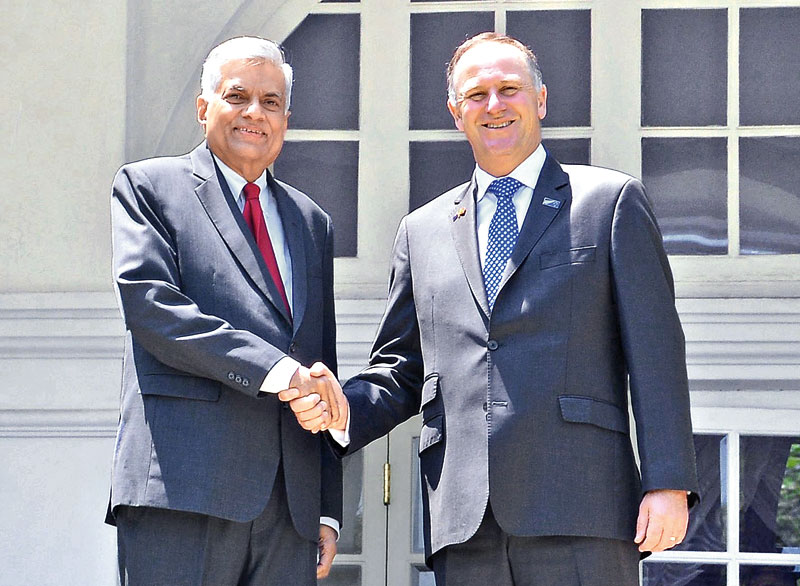 A call for arrests of suspects in Wasim Thajudeen’s murder, death threats issued to the Asgiriya Mahanayake, and a hartal in the North are what made up local news this week. Internationally, student protests in India continue in full force, while in the US, the Apple corporation butts heads with the FBI.

Here’s the week in news

Colombo Additional Magistrate Nishantha Pieris pronounced on Thursday (25) that the death of ruggerite Wasim Thajudeen was a murder under Section 296 of the Penal Code.

This conclusion was reached after taking into consideration the two post mortem reports produced by former JMO Dr. Ananda Samarasekara and current JMO Dr. Ajith Tennakoon, Genetech DNA reports, CID reports, and CCTV records, among other evidence. The Colombo Additional Magistrate ordered the Director of CID to immediately arrest all suspects connected to the murder.

Chief Prelate of the Asgiriya Chapter, Ven. Galagama Sri Attadassi Thera, said this week that he had received death threats after objecting to the reopening of the road opposite the Temple of the Sacred Tooth in Kandy.

Ven. Atthadassi Thera said that if the road was ultimately reopened, it would cause traffic issues, and that a better solution would be alternative roads. He added that even President Sirisena had recently assured that the road would not be reopened, but if it was, they could do nothing about it.

All schools and shops were closed in a widespread hartal in the Jaffna, Kilinochchi and Vavuniya areas on Wednesday, demanding the arrest and punishment of those responsible for the rape and murder of a 13 year old girl.

Massive crowds refrained from opening their business establishments and schools in protest of the authorities not meting out punishment for those who responsible for the rape and murder of Harshavi Gangadaran.

Gangadaran was a student at Vipulananda Vidyalaya, Vavuniya who was found raped and murdered on February 16.

In a recent meeting between the members of the Sri Lanka Freedom Party (SLFP) Central Committee and its leader President Maithripala Sirisena, a decision was taken to impose strict disciplinary action against those who violate party directives.

The decision was taken to counter demands made from within the SLFP to form a new political party, or act as an independent group in Parliament by certain members of the party. Highways Deputy Minister and SLFP Spokesperson, Dilan Perera, told a media briefing on Wednesday (24) that the Central Committee has decided to ban members from participating in events or discussions that would lead to formation of a separate group in Parliament.

He added the SLFP high command would not tolerate propaganda, discussions, action or conversing hereafter among members to form a new political party or act as an independent group in Parliament within the SLFP.

During his stay here the visiting New Zealand Premier will hold bilateral discussions with his Sri Lankan counterpart, and President Maithripala Sirisena. Meanwhile, an elephant calf named Nandi was gifted to New Zealand, as a show of good faith and friendship between the two countries.

The Bribery Commission arrested two more Customs officers on Wednesday in connection with the previous Rs. 125 million bribery raid that was reported on October 15, 2015.

Customs officers Wasantha Wimalaweera and Upali Wickramasinghe were arrested for their involvement in the case.

Initially three customs officers were arrested while soliciting the largest ever recorded bribe nabbed by the Commission to Investigate Allegations of Bribery or Corruption in October last year. The previously arrested Customs officers were further remanded following court proceedings.

Former Chief Justice Shirani Bandaranayake was acquitted of all charges in three cases filed against her by the Bribery Commission for failure to accurately declare her assets and liabilities.

The court decision for her acquittal came last Friday (19) when her case was brought before the Colombo Chief Magistrate.

The Commission to Investigate Allegations of Bribery or Corruption (CIABOC) decided to withdraw the charges against the former CJ which alleged she had failed to accurately disclose her assets and liabilities pertaining to the years 2010, 2011 and 2012 respectively.

Gnanasara Thero Out on Bail

General Secretary of the Bodu Bala Sena (BBS) organisation Galagodaatte Gnanasara Thera was given bail on Tuesday (23) after he was produced before the Homagama Magistrate Court.

The Thera was incarcerated for 28 days for having threatened Sandhya Ekneligoda, the wife of missing journalist Prageeth Ekneligoda, during a case being heard at the Homagama Magistrate Court.

The suspect monk was released on two sureties of Rs. 200,000 each. The Thera was released after being warned by the Magistrate to avoid intimidating any of the witnesses in the Ekneligoda case.

USA: Apple says ‘No’ to FBI

Apple CEO Tim Cook has spoken out on the company’s refusal to comply with FBI orders. Image Credit: Richard Drew/AP

Apple boss Tim Cook has hit back at the Federal Bureau of Investigation (FBI) over the handling of a court order to help unlock the iPhone of San Bernardino killer Syed Rizwan Farook.

Cook was defending the company’s refusal to comply with the FBI’s order that it remove security blocks on Farook’s device so data on it could be accessed.

He said the FBI was asking the company to make “the software equivalent of cancer”. The FBI has argued that Apple is overstating the security risk to its devices. FBI Director James Comey is reported to have said Apple had the technical capacity to break into Farook’s device, in a way that did not create a so-called “backdoor” into every Apple device.

Farook, along with his wife Tashfeen Malik, killed 14 people in the attack in December last year, which became notorious as the San Bernardino shooting incident.

In India’s capital city, thousands of students have taken to the streets to make their stance known, in the light of ‘anti-national’ accusations against JNU. Image Credit: Getty Images/AFP/S. Hussain

Two Indian students accused of inciting violence for helping organise a protest at Delhi’s prestigious Jawaharlal Nehru University (JNU), handed themselves over to police on Wednesday (24).

Umar Khalid and Anirban Bhattacharya were among several wanted by police on charges of sedition.

The arrest of JNU student union head Kanhaiya Kumar earlier this month led to protests and clashes across India. In the aftermath of the arrest, right-wing groups such as the BJP and student organisation ABVP continued to accuse JNU students and teachers of anti-national sentiments, prompting the University to engage in wide-scale protests. Meanwhile, other universities, both in India and abroad, issued proclamations of solidarity with JNU.

Initially, students had spoken out against the execution of Afzal Guru, convicted of a 2001 plot to attack India’s parliament, charges he had denied. The attack, in which 14 people died, was carried out by Kashmiri militants.

His 2013 hanging sparked protests in Kashmir, and he was seen as a martyr and a symbol of perceived injustice. But many of India’s politicians were angered when reports surfaced of anti-India slogans chanted at the protest held to mark his execution.