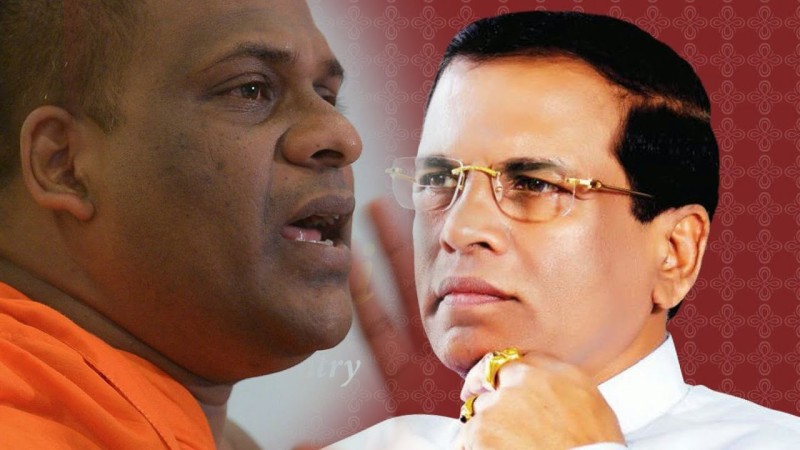 This week in news witnessed Sri Lanka attend the World Economic Forum, President Maithripala Sirisena meet with the BBS, and Sri Lanka Cricket Captain Angelo Mathews appear before the FCID. International news meanwhile reported a breakthrough in the Litvinenko assassination inquiry, and a deadly attack on a university in Pakistan.

Prime Minister Ranil Wickremesinghe left the country early Tuesday (19) morning to attend the 46th World Economic Forum held in Davos, Switzerland. This is the first time Sri Lanka has been invited to the event.

Several bilateral agreements between Sri Lanka and various European country leaders and leading business personalities were signed on the first day of the Forum, on Wednesday (20). Following this, the Premier also confirmed that Sri Lanka will go ahead with the Colombo Port City Project.

Speaking at a press conference in Davos, he said that the Port City Project, the next phase of the Hambantota Port, and other ongoing inland projects, will continue with the assistance of the Chinese Government.

The discussion revolved around several topics, ranging from the Wilpattu resettlement and deforestation issues, to the recent Theravadi Bhikku Kathikawath Bill presented at Parliament last week. The President had reportedly acknowledged that the Government had made a mistake by not consulting the Mahanayakes of the Chapters and Sects prior to the Parliament proposal.

The wife of the individual who died in the controversial clash between the police and the public in Embilipitiya earlier this month, stated that she had witnessed her husband being thrown out the window of a three storey building during the incident.

Speaking at a media briefing held on Wednesday, Shashika Nishamani Munasinghe, the widow of Sumith Prasanna Munasinghe (29) said that several police officers had stormed a house party Munasinghe had helped organise, and had started assaulting the people at the party. When her husband had attempted to intervene, the police involved had dragged him to the upper floor, assaulted and thrown him out of a window, she said.

Meanwhile, IGP N.K. Illangakoon was called before the National Police Commission regarding the issue, and the police officers involved in the incident appeared before the Human Rights Commission on Thursday (21).

Mahinda To Form A New Party?

Former President Rajapaksa has said he may form his own political party if called upon to do so. Image Credit: AFP

Former President and Kurunegala District UPFA MP Mahinda Rajapaksa on Tuesday (19) hinted that a new political party may be formed under his leadership.

Rajapaksa, responding to a journalist’s question, stated that he is willing to form a new political party, should the people call for it.

Rajapaksa has, in the past, been approached by his advocates to form a new political party under his leadership, following his defeat in the last General Election in 2015.

Sri Lanka Test and ODI captain, Angelo Mathews, made a statement at the headquarters of the Financial Crimes Investigation Division (FCID) on Tuesday, regarding match-fixing allegations against players and officials at the Sri Lanka Cricket Board.

Sri Lanka Cricket Manager Jerry Woutersz was also present at the FCID to provide his statement in regard to the matter.

The two national cricketers in question, Kusal Janith Perera and Rangana Herath, made their statements to the FCID last Friday (15), following complaints they had made to the Minister of Sports, Dayasiri Jayasekera, of being approached by bookies.

Meanwhile, the Anti-Corruption Unit of the ICC has been conducting a probe into the matter, and has suspended a Sri Lankan pitch curator for failing to co-operate in the investigation.

Early on Wednesday (20), a group of unidentified gunmen entered Bacha Khan University in Charsadda, Pakistan, and opened fire on students and faculty as they gathered for a poetry event. The event, ironically enough, was titled ‘peace.’

Among the murdered were a professor, two gardeners, one caretaker and 17 students, according to foreign media reports that quoted senior officials handling the case. Most of the victims were shot dead at a hostel for male students.

Four attackers involved were also killed in a counter-operation carried out by security forces. Meanwhile, four other men suspected of facilitating the attack were arrested yesterday.

According to reports, authorities had gathered information from the mobile phones of the attackers, regarding where they came from and who had sent them.

The attack sparked widespread outrage in the country, and several candlelight vigils were held for the victims. Thursday was declared a national day of mourning in Pakistan.

One of the last pictures of Alexander Litvinenko, taken at University College Hospital in London shortly before his death. Image Credit: Getty Images

Latest news reports have now linked President Vladimir Putin to the assassination ‒ according to Inquiry Chairman, Sir Robert Owen, the Russian President may have “probably” signed off on the Litvinenko murder.

Litvinenko died in London in 2006, days after being poisoned with radioactive polonium-210, which was allegedly added to his cup of tea.

The public Inquiry into the case commenced in January 2015.

The Austrian Government has decided to reduce the number of asylum applications it accepts this year compared to the previous year, stating that the country “can’t take them all”.

According to the BBC, Chancellor Werner Faymann has said numbers would be capped at about 37,500 in each of the next four years, against the 90,000 applications accepted last year.

Austria has become a major transit country for migrants seeking to claim asylum in Germany. More than one million refugees and other migrants entered the EU last year, mainly by sea, the majority of them seeking asylum in northern European states.

Most were from civil war torn Syria, followed by Afghanistan and Iraq.

St. Elijah’s monastery, now destroyed, was believed to have been built in the late 6th century. Image Credit: AFP

Satellite images have revealed that the oldest Christian monastery in Iraq was “razed to the ground”, months after terror group ISIS took over the city of Mosul in June 2014.

It is believed that the monastery was destroyed sometime around August or September 2014.

Although ISIS is yet to accept responsibility for this heinous act, the group this week did confirm the death of ‘Jihadi John’, the masked militant believed to be featured in previous hostage videos.

US officials had suggested that the militant had been killed in November, but ISIS had not acknowledged his death until now.