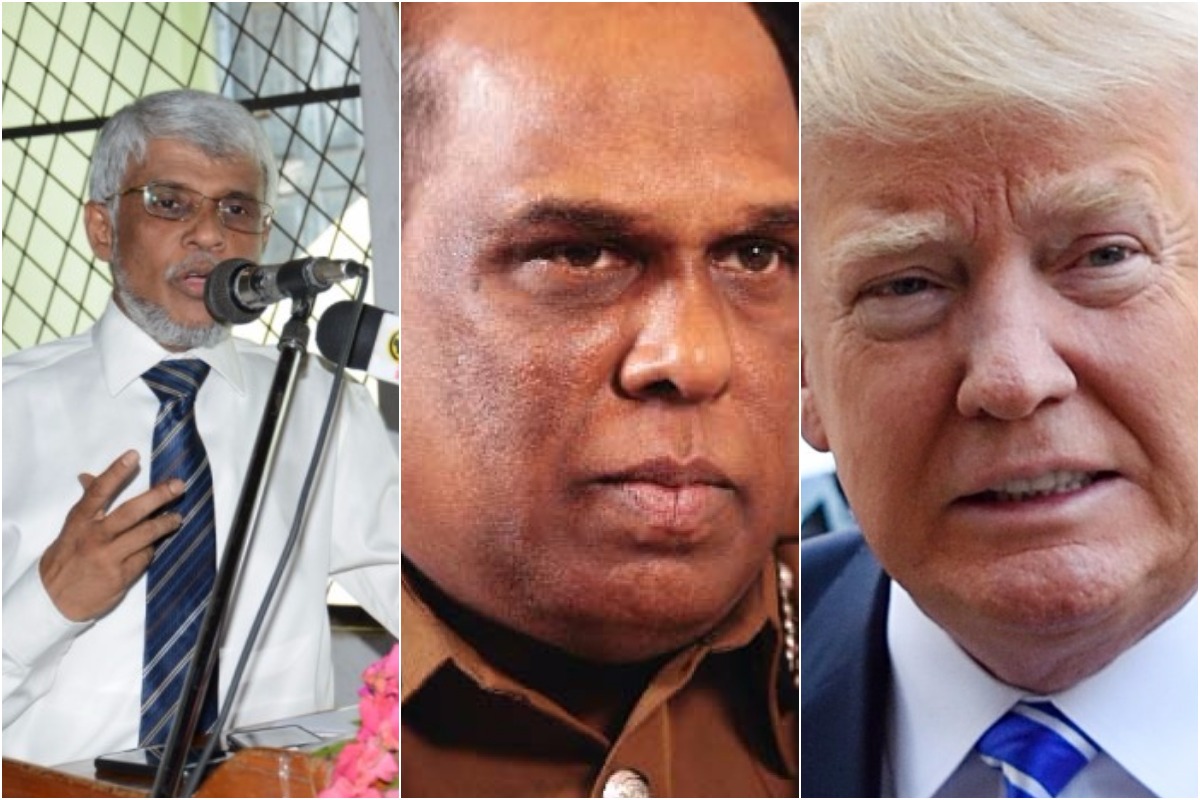 The incessant downpour has finally ceased, regardless of the small showers we experience every now and then. In the aftermath of the nearly two weeks of rain and disaster, the country has begun attempts to establish normalcy once more, as relocation of those affected, and damage evaluations, are taking place.

There’s still more going on both in Sri Lanka and elsewhere, so here’s a roundup of the hottest stories, as well as current affairs you may have missed over the course of the week.

The Colombo District Secretariat conducted a survey on Tuesday (24) in nine Grama Niladhari Divisions in the Kolonnawa Divisional Secretariat Division to determine the number of people affected by floods, and the scale of property damage.

Over 6,000 personnel were deployed on Wednesday (25) within the Kolonnawa Divisional Secretariat region by the Civil Security Department for the restoration of flood affected homes, to make them habitable once again.

Meanwhile, the Land Reclamation Board announced on Wednesday that the Government has undertaken to relocate the families living in shanties, which are often found to obstruct canals in places such as Kolonnawa, Wellampitiya, and Kotte in the Colombo District.

Former Senior DIG of Police, Anura Senanayake has been implicated in the murder of Wasim Thajudeen. Image credit: asianmirror.lk

The former SDIG was produced in court on the charges of causing the disappearance of evidence, fabricating false evidence, touching it to screen the offender, and conspiring under the clauses of 198 and 296 of the Penal Code.

The CID revealed in Court that they had recorded a statement from an eyewitness of the alleged accident of the ruggerite. According to the eyewitness statement, Senior DIG Senanayake had been in the vicinity of the accident site in civilian attire on May 17, 2012 between 2.45 a.m. and 3.00 a.m. in another vehicle.

Although the Defence Counsellor appearing for the former SDIG moved to take bail options, it was denied by the presiding Magistrate. Former Western Province SDIG Anura Senanayake was finally remanded till June 9.

The Navy submitted a report to the Defence Ministry requesting action against Eastern Province Chief Minister, Nazeer Ahamed, for allegedly reprimanding a naval officer at an event at the Sampur Maha Vidyalaya on Friday (20).

Chief Minister Ahamed lost his cool when he had mistakenly assumed that the Navy officer was requesting him to move off the stage, when he had in fact only requested the media personnel to make room for students to come up on stage. He then went on to rebuke the Governor for being ignorant of ‘protocol’.

Following the Navy’s complaint report to the Defence Ministry on Wednesday (25), Governor Fernando denied all allegations, saying that “he did not accept any of the Chief Minister’s allegations and therefore he had no reason to reject them.”

On Thursday, Defence Secretary Karunasena Hettiarachchi announced that Chief Minister Ahamed would not be allowed to enter military camps and the three forces would not participate in functions attended by the Chief Minister. The decision was taken following the report submitted by the Navy.

Former Secretary to the Ministry of State Resources and Enterprise Development, Willie Gamage, and former bank chairman, Ariyathilake Dasanayake, were arrested by the Financial Crimes Investigation Division (FCID) on Monday (23) in connection to a land deal at Oruthota, Gampaha.

On May 12 this year, Basil Rajapaksa was also arrested by the FCID over an irregularity in purchasing a land in Matara. He was later released on bail.

The FCID also questioned businessman Thirukumaran Nadesan last Sunday (22) for over five hours, in connection with the purchase of a 16-acre land in Malwana in 2014 by former Minister Basil Rajapaksa.

USA: Trump Not ‘Self-funded’ Any More

America’s most controversial Presidential candidate is no more ‘self-funded’, as he previously claimed. Image credit: cnn.com

Business tycoon and controversial US Presidential candidate, Donald Trump, has opted to seek public donor cash in order to fund his election campaign.

Trump has begun attending fundraisers, and has worked out a deal with Republican Party officials to rev up a general-election fund-raising machine, like many major candidates before him.

Even though he came into play with battle slogans such as “Self Funded”and “Make America Great Again”, Trump, as of yet, has had no fund-raising apparatus to resort to, no network of prolific bundlers to call upon, and little known experience with the type of marathon and one-on-one serial salesmanship.

Trump, who by the end of March had spent around $40 million of his fortune on the primaries, has said that he may need as much as $1.5 billion for the fall campaign, but that he will seek to raise it from donors rather than continue to self-finance.

With the deal signed on Wednesday (26), Netanyahu will have the support of 66 parliament members, including those from Lieberman’s Yisrael Beiteinu party.

The agreement also widens Netanyahu’s current one-seat majority in the 120-member parliament, a goal the Israeli leader has said he has sought since winning a fourth term last year.

The deal led Moshe Yaalon, a member of Netanyahu’s Likud party, to quit as defence minister in protest on Friday (20).

Lieberman, who has twice served as foreign minister, has a reputation for inflammatory comments and takes an aggressive stance towards the Palestinians.