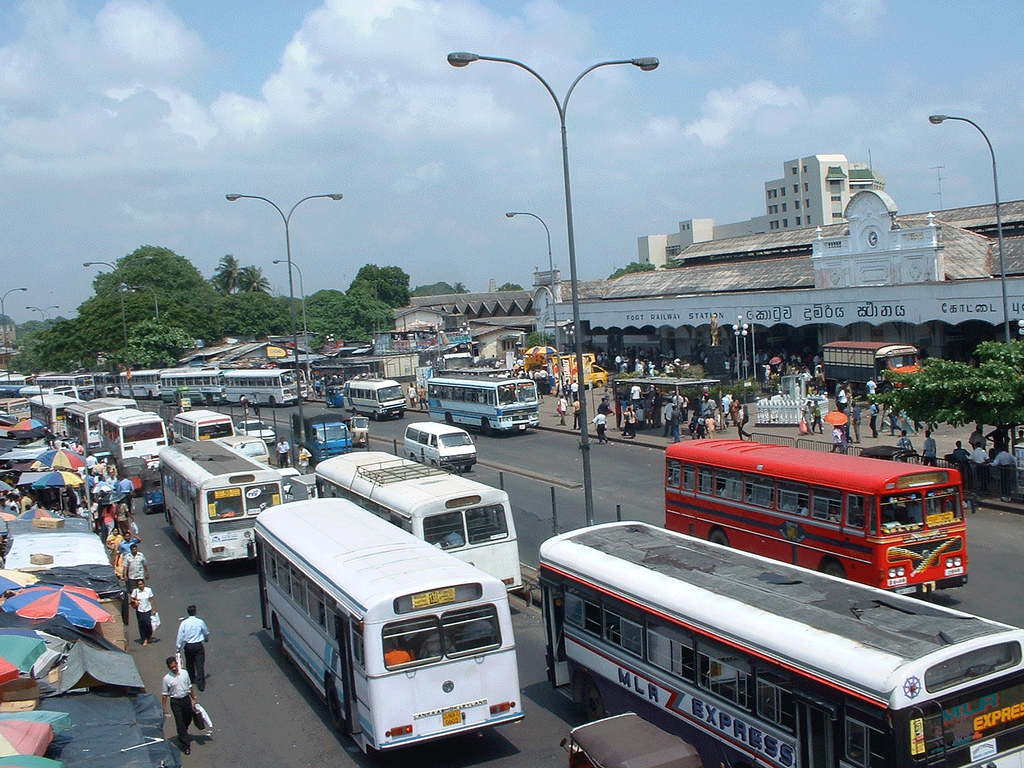 This highlights of this week in local news include new traffic lane laws and a dead body in a canal in Dematagoda. Where world news is concerned, tragedy strikes in Brazil while dark clouds loom after Turkey shot down a Russian warplane.

The End of an Era of Anarchy…

In a bid to control traffic in Colombo, traffic lane laws have (finally) been implemented as of yesterday (November 26), with the police booking 725 violators within the first 10 hours following the implementation. Extra police officers have been deployed to crackdown lane law violators.

Former Defence Secretary Gotabaya Rajapaksha was summoned before the PRECIFAC yesterday (November 26) to give a statement with regard to the floating armoury belonging to Rakna Arakshaka Lanka Ltd.

Two ex-Navy commanders were also summoned for the recording of statements over allegations of corruption and fraud at Rakna Arakshaka Lanka Ltd.

The body of a dead man was found floating in a canal near the Mihindusenpura housing complex in Dematagoda yesterday. The body is yet to be identified.

Water, Electricity and Telecommunications Prices Not Going Up; While Some Prices To Reduce

Finance Minister Ravi Karunanayake stated that the price of essential utilities, including water, electricity and telecommunications will not see a rise under the new VAT amendment by the new budget.

Meanwhile, the prices of a few essential goods will be reduced as proposed in the latest budget. The prices of dhal, dried fish and 400g of local milk powder will see a reduction.

After Turkey shot down a Russian warplane, with Turkey claiming the Russians had violated their airspace and had given the pilots advanced warnings, the surviving pilot has stated that Turkey gave no warning and that they did not violate Turkish airspace. Both the countries, have, however, made it clear that despite the bad blood, they do not intend to go to war with each other, although Turkey has hinted strongly that Russia is not being honest about its targets in Syria, while Russia called it a “planned provocation” and a “stab in the back.” Russia is also planning sanctions against Turkey following the attack.

Following the collapse of a mine in Brazil that left the area flooded with toxic substances, experts have said that it will have negative and irreversible effects on human health and the environment. Apart from killing 11 people and disrupting water supplies to over 250,000 people, the toxic waste has now reached the coast threatening the Comboios nature reserve, which is one of the only regular nesting sites for endangered leatherback turtles. AJ+ has a video of the effect this has had on the environment and the local fishing community.

Scale Up in Attacks on IS

French President Francois Hollande stated that the US and France will scale up their attacks on Syria and Iraq to take back key locations by IS in the two countries.

Eagles of Death Metal Will Return to Bataclan

The Eagles of Death Metal said they will return to perform at the Bataclan once it reopens (watch video where they talk about it here). During their performance two weeks ago, a hostage situation credited to ISIL ensued, resulting in the death of over 89 people, including the band’s merchandise manager Nick Alexander.

After years of court proceedings, an Indian court sentenced two medical workers for ‘embezzling’ 11 INR (17 cents USD) over 25 years ago.