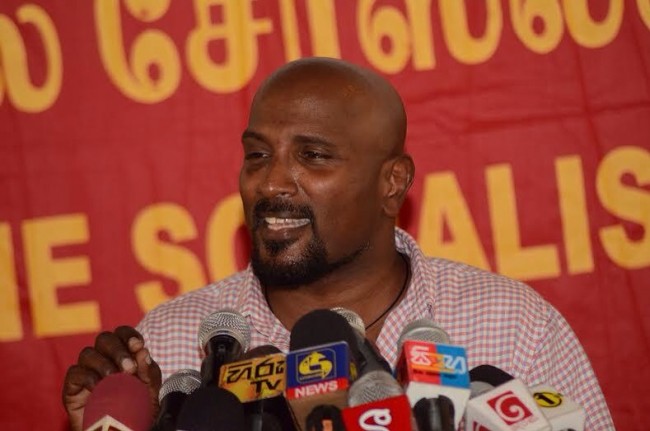 Sri Lanka’s courts ‒ as well as police and defence personnel ‒ have had a rather busy week. In international news, a flyover collapse killed at least 20 in India, and Egypt was forced to deal with a hijacking farce.

A suicide kit, four claymore mines, three parcels of C4 explosives and ammunition were found in a house in Vallakulam, Chavakachcheri on Wednesday (30).

A team from the Intelligence Unit inspected the location down Vallakulam Pillaiyar Kovil Street after the Jaffna Division SSP received a tip off.

The main suspect, believed to be the owner of the house, had fled the place, but was later arrested yesterday (31). Defence Secretary Karunasena Hettiarachchi had told the media that this incident was not a threat to national security, although the case is being investigated by the Terrorist Investigation Division.

Frontline Socialist Party (FSP) politburo member Kumar Gunaratnam was sentenced to one year’s simple imprisonment with a fine of Rs.50,000 imposed by the Kegalle Magistrate on Thursday (31).

He was arrested at Anguruwella in Kegalle on November 4 last year on charges of violating immigration laws.

The bike that was involved in the accident. Image credit youtube.com

Additional Magistrate Chandana Kalansuriya on Wednesday (30) directed the Police to obtain the phone records of Minister Patali Champika Ranawaka on the day of the Rajagiriya accident, which injured two people.

Eyewitnesses had claimed that Minister Ranawaka had driven the vehicle involved in the alleged hit-and-run case.

Police were also directed to obtain the phone records of the two eyewitnesses, Gayan Vidura and M.S. Siddiuqe.

Meanwhile, the Magistrate said he would, on April 27, give a ruling on whether the investigations into the accident were to be handed over to the CID.

US Assistant Secretary of State for South and Central Asia, Nisha Desai Biswal, said on Wednesday (30) that Sri Lanka deserves special attention, as the island continues to “consolidate democratic gains in the past two elections and put the country on a path to reconciliation.”

Speaking at the Centre for a New American Security in Washington, Biswal said the United States was among the first to welcome change in Sri Lanka and offer support and assistance.

However, she did note that opposition politicians remain behind bars for voicing their views, and that there is still much to be done in pursuing justice and strengthening political rights. She add that despite this, the current government has shown that it is committed to progress.

The main suspect arrested in connection with the murders of seven women in Kotakethana was further remanded by the Pelmadulla Magistrate’s Court on Wednesday (30).

When the case was taken up in Court Tuesday, Pelmadulla Magistrate further remanded the suspect till April 6.

The Criminal Investigations Division submitted a report seeking the Attorney General’s advice, as well as more time to carry out investigations.

The CID further told Court that they were carrying out further examinations into the confession made by the main suspect.

A total of 15 women were killed in Kotakethana, Kahawatta and surrounding areas in the Ratnapura District from 2008 up until September 2015. However, while it is yet to be ascertained whether all the murders were connected, a 35-year-old man was arrested in December 2015, whose DNA matched samples collected at seven of the murder sites.

Efforts to free people trapped under the debris of the collapsed fly-over. Image credit: guardian.ng

A flyover under construction in the eastern Indian city of Kolkata collapsed on Thursday, killing at least 20 people and injuring others.

Many people were feared trapped under the concrete and steel bridge, which fell on a busy road. Nearby residents were reported to have rushed to the scene, using their bare hands to assist in rescue efforts.

The accident took place in an area near Girish Park, one of Kolkata’s most densely populated neighbourhoods, and the 2 km-long flyover is believed to have been under construction since 2009, missing several deadlines for completion.

According to media reports, the cause of the disaster wasn’t clear clear, but the company in charge of the construction, IVRCL, has said it would cooperate with investigators. CCTV footage posted on social media appears to show the structure collapsing, hitting passers-by, auto rickshaws and nearby buildings.

The pilot of the hijacked plane climbing out of the cockpit. Image credit: thesun.co.uk

Shortly after EgyptAir Flight 181 landed, most passengers and crew were released by the hijacker.

The hijacker, who wore what he claimed was an explosive belt, surrendered about seven hours later, and everybody escaped from the aircraft unharmed.

The purported explosives the man possessed were later revealed to have been mobile phones.