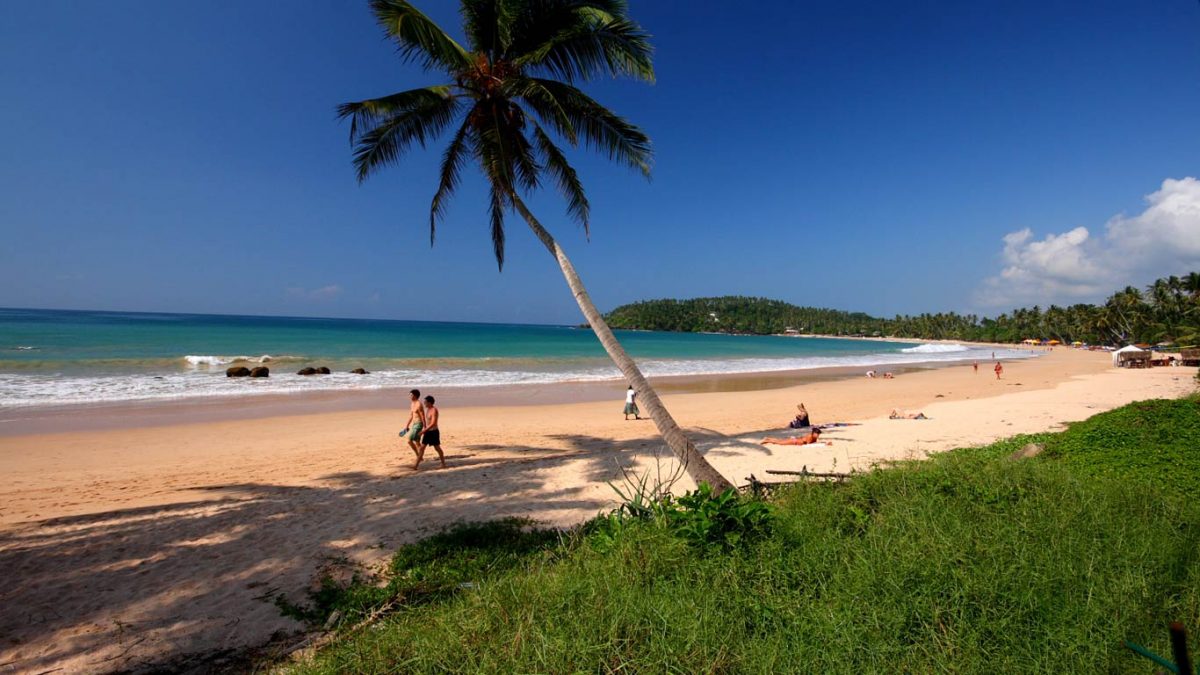 The Other Side of Sri Lankan Tourism: No Locals Allowed

For the past couple of years, and as Mirissa prepared to enter the competitive sphere of tourism, rumours spread around Colombo that Sri Lankan tourists are not welcome at this beach town.

The city dwellers, who came to the quieter south with an air of superiority, as claimed by the locals, were surprised to read signs saying “No Locals Allowed” and to be told that they will not be served, contrary to their foreign counterparts, who were free to avail of the services on offer.

What The Hotel Owners Say

Many hotel owners in Mirissa prefer to serve foreigners over locals, with some even being openly discriminating in whom they allow into their establishment. Image courtesy srilankavacationtours.com

Chandana, the Manager of Palm Villa Hotel, one of the establishments where Sri Lankans are not allowed, said, “The reason is that it is very difficult to deal with them. Some locals are good, but also some are not… some locals are good but become very bad when they drink. And because at the moment we cannot recognise who is good and who is bad, we prefer not to deal with them for now, to stay on the safe side.”

Last year, he added, they had several bad experiences with Sri Lankan customers and as a result the hotel management has decided to stop serving them. “After drinking, they would start behaving very arrogantly with the staff and even sometimes they would start fighting with us,” he said.

While the Government has embarked on a long-term tourism strategy that aims to reach 2 million tourists by the end of this year, there seems to be a lack of awareness about the importance of local tourism among the owners of the hotels and guesthouses that have sprung up across what was once rural Sri Lanka.

When asked about how this discrimination against locals would impact the hotel’s revenue, Chandana believes that this has not negatively affected the hotel’s business. And he was not the only one. When asked, other guesthouse owners in Mirissa felt that refusing to serve Sri Lankans would have no implications on the success of their business.

Another opinion is that Sri Lankans themselves don’t like to serve people of their own nationality and skin colour. Image courtesy mirissahotel.com

Even though, Asanka, owner of Wadiya and Summer Breeze guesthouses, serves Sri Lankan customers in all of his businesses, he can see why others have refused to do so: “When Sri Lankan tourists get drunk and disturb others, it can lead to damaging the reputation of the restaurant, affecting the business.”

Both Asanka and Chandana said that they never encountered bad experiences with foreign tourists. However, unruly behaviour by foreigners has been observed, too. Some foreign men get drunk and disturb other guests and diners and it is no longer uncommon to spot European women sunbathing naked on the beaches of Sri Lanka, much to the discomfort of the locals.

A half-Sri Lankan who works in Mirissa has been quite inconvenienced by the current situation, especially when he is turned away at some hospitality outlets because of his skin colour and the fact that he speaks Sinhalese.

He said, “There is a perception that Sri Lankan tourists don’t have enough money to spend, but I know that a lot of the money invested in these tourist areas is spent by locals during the off season. This is also true for the high season, because when people come they just want to have a good time and they spend a lot of money.”

Is it just that locals are “not willing to accept that some Sri Lankans want to do the same things” that a foreigner does? Image courtesy AFP

He also believes that Sri Lankans feel a little less of a person if they have to serve other Sri Lankans because they have the same features and skin colour.

This phenomenon apparently is not just limited to Mirissa and Sri Lankan tourists were reportedly unwelcome in other tourist towns of the island, too.

Angry Sri Lankans took to the virtual sphere to voice their concerns about being discriminated against in their own land. Members of groups on Facebook and other social media networks have been publishing photos of guesthouses from across the island where locals are not allowed, shaming them and spreading the word among other Sri Lankans.

Some Colombo journalists also published articles addressing this issue. However, it is deeply unfortunate that there is always the implication that Sri Lankans have a higher tendency of being ill-mannered in comparison to foreigners.