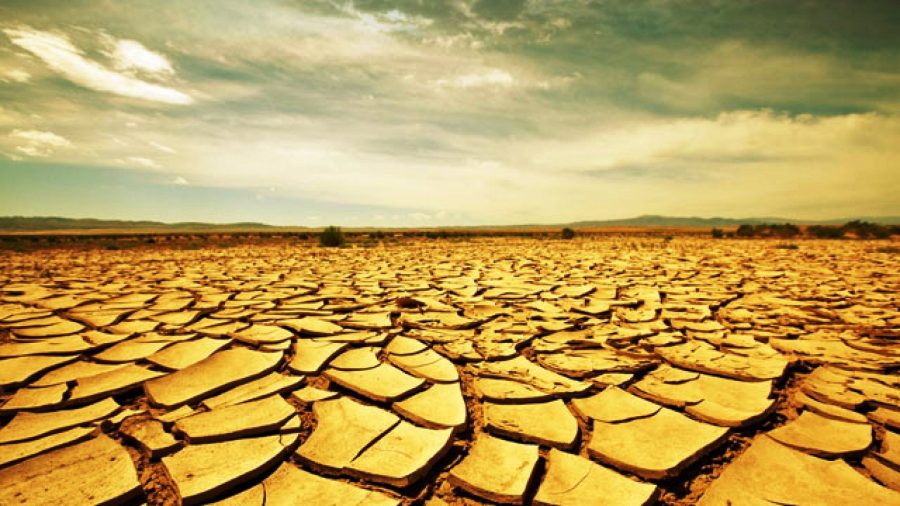 As Hurricane Matthew continues to batter the United States, what has come to be one of the hottest topics of the year is once again under debate: is this what climate change looks like?

Here at home, it would be hard not to acknowledge the sweltering heat and the long absent rainfall ‒ let alone the fact that after the floods in May, most of Sri Lanka has yet to experience the thundershowers that our tropical climate has had us accustomed to.

The year 2016 hasn’t ended yet, but the United Nations’ World Meteorological Organization has already deemed this year the hottest year on record. In fact, according to NASA, “Each of the first six months of 2016 set a record as the warmest respective month globally in the modern temperature record, which dates to 1880.”

Sri Lanka has not been spared: a stifling heat wave is currently over the island, causing severe drought conditions in at least five provinces, including the North Central region. According to statistics from the Disaster Management Centre (DMC), in the last week, over 200,000 people were affected by the drought, which has also resulted in a serious shortage of drinking water in several districts.

Kodippili said that the DMC was “currently working together with the Ministry of Irrigation and Water Resources Management to provide drinking water to [the affected] families.” He added that the heat is so severe in some parts of the island, that small springs and wells have nearly dried up completely.

He added that the Department has restricted the release of water from the reservoirs because it is needed for the Maha season cultivation at the end of October.

Unsurprisingly, the minor tanks have almost completely dried up, while the water levels of major tanks are receding fast. In Ampara, where there are eight major reservoirs, active storage has dwindled to 20% and has been declared to be at a critical level.

“However, we are hopeful that rains will follow in the near future,” the Minister said.

First Floods, And Now Drought ‒ What Is Up With The Weather?

In the space of less than six months, Sri Lanka has had to deal with unexpected floods, and now a harsh drought ‒ and authorities blame global warming.

According to the Department of Meteorology, Sri Lanka is “unlikely to experience mild weather any time soon, because of global warming.”

The country is currently experiencing 10-20% less rainfall, a spokesperson for the Department told Roar, adding that temperatures have increased by 1.2C particularly along the western part of the island.

S.K. Cyril Suduwella, an energy and environment expert who is a technical consultant attached to the Ministry of Science, Technology and Research, told Roar that this issue is not just prevalent in Sri Lanka, but around the globe.

“Disasters such as this occur when human activities disturb the equilibrium in nature. Rivers and reservoirs in many areas will cease functioning properly due to siltation, sand-mining, unauthorised construction, and cultivation,” he said.

For now, the Department of Irrigation, along with the DMC, is currently looking into providing drinking water to the districts experiencing shortages, which, according to Spokesperson Kodippili, is the DMC’s current priority.

Minister of Disaster Management, Anura Priyadarshana Yapa, also told Parliament last week that Rs. 18.1 million has already been given to 16 districts to facilitate the provision of free water for those who have been affected by the drought.

Meanwhile, President Maithripala Sirisena personally met with the relevant officials last week and asked them to find a solution to the drinking water shortage. He also added that a proper water supply project should be initiated to prevent such situations in the future.

Co-cabinet Spokesperson Gayantha Karunathilake told Roar that the Government has prepared to implement a seven-year project to strengthen the farmers in the dry zone to face the challenges of climate change through water management.

Minister Zoysa said that the Ministry is currently working on renovating tanks in addition to building new ones before the rains begin.

“We have visited all the districts to evaluate the situation. We need more tanks to conserve water,” he said, adding, “We talk about droughts now, but we have forgotten the floods. There were never-ending showers and massive floods, but we didn’t have a proper system to renovate the tanks, lakes, and wells. Thus, the Irrigation Department is currently working as fast as we can under my guidance to renovate these tanks before the next rain.”

The Minister added that the Irrigation Department is currently planning to build ten new tanks in the dry zone.

In addition to these state and military efforts, the DMC has also set up a 24-hour hotline, 117, for citizens to inform them about water shortage-related issues.

Stay tuned for updates on the situation.