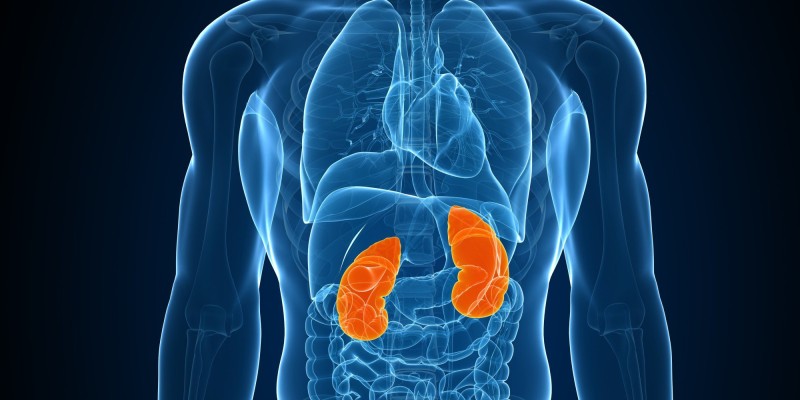 In the aftermath of these incidents, the Sri Lankan Government placed an immediate and temporary ban on kidney transplants for foreign individuals in local hospitals – a step that has been praised, as well as criticised.

This week, Roar decided to dive into the deep, dark annals of this illegal racket in order to discover what it entails, and how it found its way to our shores.

Kidneys: The Next Commodity

The kidneys, organs vital to our survival. Image Credit: steroidal.com

The kidneys –  the bean shaped organs that serve essential regulatory roles in animals, such as the removal of waste products of metabolism –  are a set of organs vital for survival.

There are numerous diseases that could cause kidney failure in human beings, which would result in the need for various medical treatments, such as removal of the kidney, and the transplantation of another. Human beings can, however, survive with one kidney for an undetermined amount of time.

The value and the scarcity of kidneys, and the increasing demand for the organ due to  maladies such as Chronic Kidney Disease in individuals, has provided a boost to the illegal trade of organ harvesting and donation on the black market.

The Black Market for human organs has proved to be thriving over the years; in fact, World Health Organisation (WHO) statistics show that an organ is sold every hour.

Patients’ access to organ transplantation, however, varies according to the situation in their countries, and is partly determined by the cost of healthcare, the level of technical capacity and, most importantly, the availability of organs.

The black market for the illegal trade of human organs takes place in two market spaces:

one being the traditional transaction through a broker, while the second option would be to purchase your required organ on the Dark Web (if you thought this side of the internet was dark, you should know that the other side of the fence is pretty damn obsidian).

In many cases, this is how it works: a consumer –  in almost all the cases, this is the patient in need of a kidney, or a proxy appearing on behalf of the patient –  would contact a broker, who would meet with the patient and the patient’s family. Then, if the two parties come to an agreement, the patient will undergo several tests via a medical practitioner recommended by the broker.

Many kidney donors come from low economic backgrounds, but are also paid a pittance by the brokers who charge patients high fees for finding a suitable kidney. Image Credit: livercancergenomics.com

Brokers are the party that usually find donors who are willing to sell their kidneys on the black market. Most of the donors come from low economic backgrounds and are, in many cases, suffering from financial difficulties. Since the beginning of the Syrian crisis several years back, war refugees have also turned to the black market in order to make money.

In November 2013, it was reported that Syrian refugees were selling their kidneys to brokers in Lebanon. Reports even told of a man who had sold his kidney for US$ 7,000. The customers who purchased the kidney and paid for the operations had dished out a sum of US$ 15,000.

According to the report, the kidney broker who arranges the transactions gets a US$ 700 commission. Furthermore, according to this data, the average price of a kidney could be as high as US$ 150,000, while the kidney donors themselves are paid only an average of US$ 5,000.

The procedure is similar in many countries. The broker, after coming into agreement with the purchaser, would find a location and a doctor who would carry out the transplant. The operation will take place mostly in another country, where the laws and regulatory actions are not properly managed, and will also be carried out by the selected medical surgeons of that country; that country, in many recent cases in, has become Sri Lanka.

In May 2014, The Times of India (ToI) reported of three suspects being arrested by Indian authorities, in connection to an international kidney trafficking case.

The three culprits had allegedly sold 21 kidneys over the course of several months to several doctors in Colombo, who carry out kidney transplants. The suspects had sold their own kidneys prior to this, made contacts with those involved in the field, and had eventually become local agents in Andhra Pradesh to earn easy money as brokers. According to one of the arrested suspects, the agent/ broker receives around INR 50,000 to INR 150,000 for finding a suitable donor.

According to the ToI report,“The agents would collect the donors’ details from internet postings at ineedakidneynow.org and www.experienceproject.com and, after obtaining their willingness to donate their kidneys, the culprits would alert the Lankan doctors.

Once the doctor gave the green light, the agents would make the donor undergo basic tests in Andhra Pradesh and, if everything was satisfactory, they would buy air tickets for the donor and send him or her to Colombo.”

The matter had reached a crucial point when one 24 year old donor, who was brought to Colombo to undergo a harvesting operation, died under suspicious circumstances. The authorities in charge of the case were not able to determine the cause of death. However, following his death, his kidneys had been harvested. Indian news reports, quoting Indian authorities, claimed that the doctors had been paid INR 390,000 for the harvesting.

Both Sri Lankan and Indian individuals have been implicated in a racket that saw thousands of rupees change hands on the black market. Image Credit: modiachievements.in

Following the arrests of people involved, the Indian authorities had notified both the Sri Lankan High Commission in India and the Indian High Commission in Sri Lanka, while a special investigation team was also deployed by Indian authorities to carry out investigations. However, no further reports were submitted on the matter.

The controversy gained severe criticism from the Sri Lanka Private Hospitals Association, who, during the time of the incident in May 2014, charged that the Indian media had “sensationalised” the alleged kidney transplant. The Association said that, “this claim of collusion by our member hospitals, professionals and the Health Ministry is completely false and baseless.”

Later, in February 2015, Hyderabad police claimed to have busted an organ trade cartel by arresting four persons, including a doctor, a student, a passport agent and a businessman, who allegedly matched donors and recipients, and then arranged for transplants in Sri Lanka. The doctor, allegedly the mastermind of the racket, conducted transplants at three centres in Colombo and a centre in Tehran, the police had claimed.

In June 2015, the Indian Human Rights Commission initiated a probe into the alleged sale of a kidney by a tribal youth from Orissa for INR 350,000. Initial inquiries revealed the youth had been contacted by middlemen on behalf of a patient, and that the transplant was done in Sri Lanka.

In the most recent turn of events, Indian media earlier this month reported the arrest of an alleged kingpin and two of his cohorts, who are suspected to have facilitated over 60 kidney transplants.

The investigation and arrest also revealed that six Sri Lankan doctors who had carried out the operations had been facilitated by the arrested Indian suspects. Indian authorities took immediate legal action against the six medical practitioners, who were working with four different hospitals in Colombo, on the charge of conducting paid kidney transplants in violation of ethics.

Following this news, the Sri Lankan Government decided to temporarily stop operations being performed on foreigners in all hospitals, and established a special committee to investigate the six doctors, whose identities were revealed in the said Indian news article. The decision to stop all transplantation operations last Thursday (21) was met with gunfire criticism from the likes of the Government Medical Officers’ Association (GMOA).

However, the GMOA last Sunday (24) also revealed that a GMOA doctor and member had in fact been named among the six doctors who stand accused.

But Why Sri Lanka?

According to an October 2015 Al Jazeera report, the Sri Lankan Government in 2011 banned its citizens from donating kidneys to foreigners after allegations of illegal kidney transplants surfaced.

“But foreigners can still opt to have transplants performed on the island nation if they bring in their own donors. Even though Sri Lanka’s health ministry insists that both donor and recipient must be from the same country, its top bureaucrats conceded that it was very difficult to enforce that rule and ascertain that “no money was changing hands,” the report read.

Strict procedures – namely the Transplantation Of Human Tissues Act (No. 48 of 1987) – for kidney transplants done in private hospitals, for both local and foreign patients, include seeking approval from the Health Ministry for each operation.

Furthermore, donors (of kidneys) must be either close relatives of the patient under Sri Lankan regulations, or donating their organs for altruistic reasons if non-related. Based on the recommendation of the application made by the Directorate of Private Health Sector Development, which is followed by Deputy Director-General (Medical Services), the final decision whether to approve or reject would come from the Health Services Director General.

Private hospitals are promoting this facility to foreign patients as ‘medical tourism’; private hospitals in both Colombo and Kandy have so far been carrying out kidney transplants on both locals and foreigners.

The issues, despite the presence of strict laws and the Sri Lankan Government’s attempts  to bar the black market business, include how certain individuals take advantage of the escape clauses in these laws. These loopholes that have paved the way the illegal kidney trade have overshadowed the more plausible and legal procedures that allow a patient to benefit from the facility. The main reason individuals proceed to opt for the darker option of buying a kidney on the black market, is that it is more efficient than the legal procedure,  where the patient has to spend time waiting for a suitable kidney.

The laws surrounding the matter of organ donation are sufficient to eradicate the black market for human organs, but only if these laws are enacted and regulated properly and regularly. In addition, the legal pathway to perform a kidney transplant needs to be more time sensitive. Otherwise, there will always be parties who take advantage of the loopholes in the system for their own personal advantage.

Catch the latest updates on the ongoing Indo-Lankan kidney transplant issue in our Weekly News Roundup every Friday.