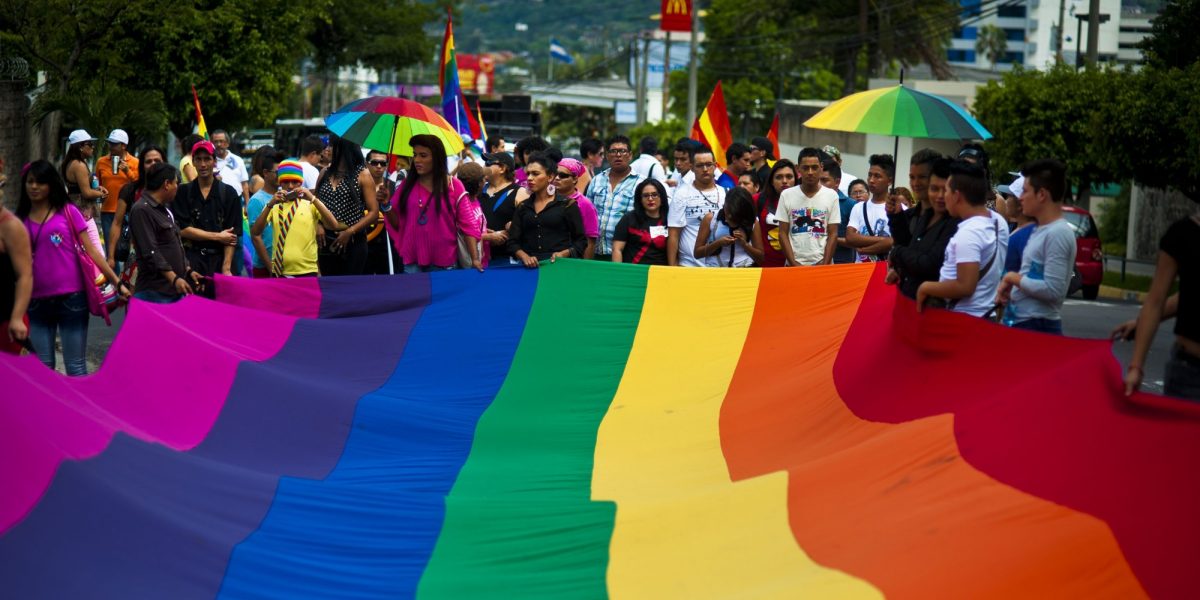 Gay rights is in the news again, what with the Cabinet notoriously rejecting a move to decriminalise homosexuality in the country. Social networking sites were abuzz with the news yesterday, with members of the public ‒ those with an online presence at least ‒ showing mixed reactions to the controversial yet unsurprising decision by the Yahapalana Government.

A provision under women’s rights in the draft Human Rights Action Plan seeking to end discrimination based on sexual orientation met with criticism from some members of the cabinet, culminating in a decisive vote against the proposal. Some of these ministers have reportedly gone as far as calling it “yet another surreptitious attempt to recognise homosexuality.”

Although awareness and activism concerning LGBTIQ rights have increased over the years, the views of the state (apparently) refuse to budge. Image courtesy Equal Ground

Here’s what the law has to say on the matter:

“Any person who, in public or private, commits, or is a party to the commission of, or procures or attempts to procure the commission by any person of, any act of gross indecency with another person, shall be guilty of an offence, and shall be punished with imprisonment of either the description for a term which may extended to two years or with fine or with both and where the offence is committed by a person over eighteen years of age in respect of any person under sixteen years of age shall be punished with rigorous imprisonment for a term not less than ten years and not exceeding twenty years and with fine and shall also be ordered to pay compensation of an amount determined by court to the person in respect of whom the offence was committed for the injuries caused to such person.”

To say that the above clause is vague would be an understatement. Homosexual conduct has been grouped into an unhelpfully broad category of ‘gross indecency,’ leaving it open to interpretation to anyone with an agenda. Attorney-at-law Dushantha Kularathne, however, told Roar that homosexuality in Sri Lanka is definitely an offence, but conceded that it is indeed open to interpretation.

“[Homosexuality] is prohibited in Sri Lanka. There was an amendment to the Penal Code made in 1995 making it an offence. Any homosexual act between men ‒ it was expanded to include women, too ‒ is an offence,” he said.

Homosexuality, among other things, comes under “unnatural offences” or acts of a sexual nature that go against nature, as per section 365 of the Penal Code. According to Kularathne, however, no cases have been reported of anyone actually being prosecuted for being gay.

“It’s open to interpretation, but unfortunately, our courts of law have so far not interpreted it. When a person is arrested for something like this, those are sorted at the magistrate court level. For one thing, [such allegations] are highly difficult to prove, so what they would do is say ‘this is an offence of sexual abuse’ or something to that effect and they will stop at that. They might not go ahead interpreting the entire thing. As I understand, there are no reported cases of this nature,” he told Roar.

In other words, the law exists but it’s not implemented? Not exactly, says Kularathne.

“I can’t say that it’s not implemented. It can be implemented. It’s just that our courts of law and our police officers don’t go up to the extent of implementing it as it is ‒ as it’s set out in the law,” he said.

When asked for any examples, Kularathne said that although he has not heard of anyone been prosecuted solely for being gay, there have been cases in high court for unnatural offences that included acts of a homosexual nature carried out without consent.

“But with consent I have not seen a single case to date. That is very unlikely to happen. Those sort of prosecutions never happen,” said Kularathne.

“Not that it cannot happen ‒  it can,” he hastened to add, “but not to my knowledge.”

Contrary to popular belief, decriminalisation of homosexuality is not among the conditions for GSP+. Image courtesy thirdforcenews.org.uk

There had been reports to the effect that one of the conditions imposed by the European Union in granting the much publicised GSP Plus status is that Sri Lanka should take steps to decriminalise homosexuality in the country. Some members of the Government ‒ reportedly from the SLFP ‒ have expressed their displeasure at this, ultimately leading to this week’s official decision by the powers that be. These reports, it turns out, may have been misleading.

According to Research Director at Verité Research, Gehan Gunatilleke, the EU never imposed such a condition.

“This is not a GSP+ condition. There are only 15 GSP+ conditions and decriminalisation of homosexual conduct is not one of them. This is a common misconception, and I’m frankly alarmed by the rate of misreporting on this matter,” Gunatilleke told Roar.

Decriminalisation of homosexual conduct, he said, is one of the 58 actions points considered by the EU-SL Working Group on Governance, Rule of Law and Human Rights, which meets periodically to discuss issues.

“There is only a tangential relationship between the Working Group and the GSP+ process. These action points are to be considered and implemented over time. But non-implementation does not result in denial of GSP+,” he added.

In the wake of the Cabinet’s decision to vote against decriminalising homosexuality, a fresh ‒ if rather feeble ‒ campaign has started online to increase public awareness on the need to recognise gay rights. A profile-pic campaign on Facebook launched in response to the news, expressing solidarity with the country’s small but increasingly vocal gay population, is slowly but surely gathering momentum. However, as is often the case with online petitions and other forms of slacktivism, whether or not this exercise will succeed in actually changing the mindsets of the majority of conservative Sri Lankans remains to be seen. As things stand now, loving a person of your own gender ‒ though largely tolerated ‒ remains illegal in the paradise isle.