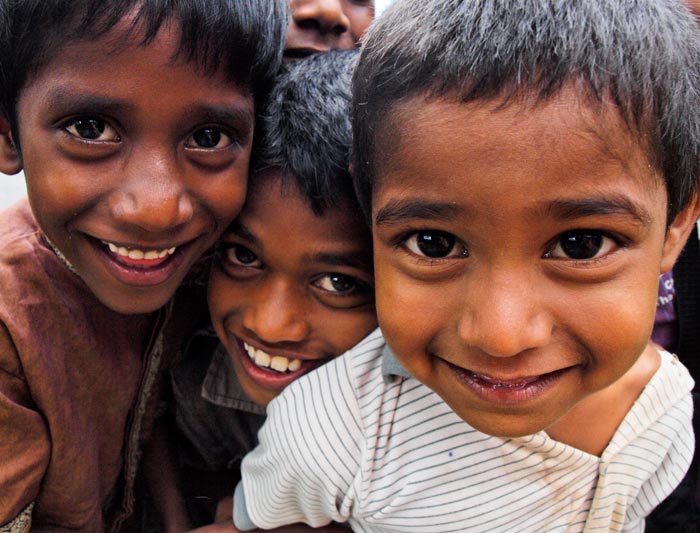 The World Happiness Report 2016 Update was released shortly before the UN International Day of Happiness on  March 20, and provided a breakdown of the world’s happiest and not-so-happy countries. Of 157 countries, our own little island ranked at 117, falling behind Palestinian Territories (108), Bangladesh (110) and South Africa (at 116), while faring slightly better than India (118) and Myanmar (119). Our ranking is a drastic setback from the usual image presented of our island, and which tourist guides promote: a happy island, despite its troubles. The data samples collected, however, tell a different story.

Is Sri Lanka Really That Unhappy?

Good question. A ranking of 117 out of 157 doesn’t look too good on us. Before we go into the methodologies and the conclusions reached, however, we need to understand the purpose of this report. Quite simply, it seeks to measure subjective happiness, something that goes beyond factors like the GDP. So while GDP is factored in, other aspects like social support, healthy life expectancy, freedom to make life choices, generosity, and freedom from corruption, are also taken into account.

How Do You Measure Something as Subjective as Happiness?

How do you measure happiness? Image courtesy themes.com

The math behind it is far from easy, but let’s attempt a simplification. Data is captured using a polling system called the Cantril Scale, which was developed for sociological research. It is one of the foremost empirical methods used to measure “happiness” or subjective well being. The index hopes to answer a subjective question, which, in this case, is the happiness of an individual from a particular nation.

The Cantril Self-Anchoring Scale, developed by pioneering social researcher Dr. Hadley Cantril, consists of the following process which allows recipients of the questionnaire to come up with a score to determine their level of happiness:

c) On which step of the ladder would you say you personally feel you stand at this time (i.e. in the present)?

d) On which step do you think you will stand about five years from now (i.e. the future)?

Data is collected from roughly 1,000 individuals from each country per year. This time’s data set is an aggregate from 2012 – 2015. Obviously, individual answers to the questions differ. The data is normalised and averaged. Since the polling data is averaged, it presumably is a way to define a “typical person from the country” and how happy they are.

According to the report, the average Sri Lankan’s mean is 4.415 and on a scale of zero to 10, things don’t look too great.

What We Value the Most

If you look closely at the graph, you’ll notice that the horizontal coloured lines each tell a story. What you need to keep in mind is that each of these colours play a different role in each country and the length of these lines depicts how impactful the factors are in that particular country. For example, the longer the yellow line, the more importance the population gives to GDP. In Sri Lanka, for instance, the yellow line is longer than the other lines, meaning that income is more important for Sri Lankans than factors like social support, healthy life expectancy, freedom to make life choices, generosity and even perceptions of corruption (which is, incidentally, the shortest line in the graph).

Have We Become Happier Over the Years?

The report also compares past data to the present data and tries to figure out if the country has improved in terms of happiness or not. The good news here is that we have improved, but sadly only marginally. The changes in happiness from 2005 – 2007 and 2013 – 2015 is 0.037.

Ranking of Standard Deviation of happiness by country

The report argues that subjective well-being is a broader and more inclusive measure of the quality of life than income. Measuring the subjective inequality of well being also helps us better understand the distribution of well-being among the individuals in a society.

The report also notes that the shift from non-material sources of well-being to a broader measure of well-being, encourages possibilities for increasing happiness, while simultaneously reducing stress on scarce material resources. It’s interesting, however, to note that for a struggling country like ours, material well-being, as understood by the greater importance given to GDP, is still a greater priority, than, say, a healthy life expectancy or social support. This is actually quite distressing – while it is important that people are able to have better lives, we need to understand this isn’t necessarily determined by income. Other less tangible factors also come into play and valuing them equally may help improve the overall wellbeing of our society.