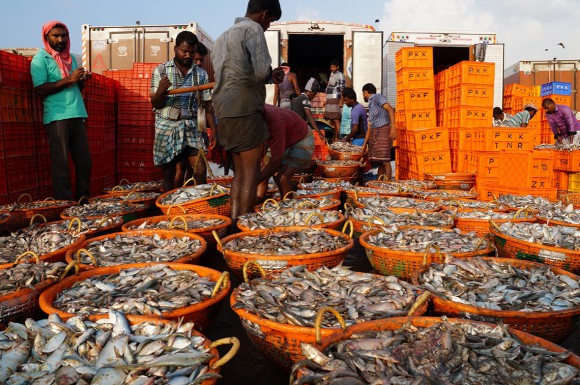 Sri Lanka has finally banned bottom trawling, becoming one of a handful of states throughout the world to do so.

The ban was implemented through an amendment to Section 28 of the Fisheries and Aquatic Resources Act of 1996 on Thursday, July 6.

According to the new amendment, fishermen who engage in bottom trawling, as well as individuals who cause a person to engage in the practice—such as owners of trawlers—face a fine of Rs. 50,000, and two years in prison as punishment.

Bottom trawling: how it works

Bottom trawling is a destructive, industrialised form of fishing, where large boats drag weighted nets along the seafloor, indiscriminately scooping up everything in their path. Much of the resulting catch includes not just edible fish, but coral and other precious marine life—most of which is then thrown overboard.

Environmental organisations like Greenpeace and the World Wildlife Fund have condemned the practice.

Sri Lanka’s ban follows years of protest by North-East fishermen, as well as advocacy by civil society organisations. Just two years ago, TNA parliamentarian M. A. Sumanthiran presented a Bill in Parliament, calling for a total ban on bottom trawling.

While the Bill did not pass, the Daily FT reports that the wording of the ban drew from sections of this Bill.

Minister of Fisheries and Aquatic Resources Development Mahinda Amaraweera, who supported the ban, says that Sri Lanka may experience “a reduction in fish harvest”, as a few local companies have begun engaging in bottom-trawling in the past few years.

However, Alam speculates that the ban, and the anticipated reduction in encroachment from Indian fishing trawlers, could in the long term mean that, “fishers who brought back 100 kg [of catch]… would now bring home 200 kg,” as fish stocks have a chance to repopulate.

Since the end of the war, trawlers from Tamil Nadu have encroached into Sri Lankan waters—to the detriment of local fishermen who rely on traditional, non-mechanised forms of fishing. According to The Hindu, the Sri Lanka Navy has arrested over 2,500 Indian fishermen since 2010.

It is yet to be seen how the ban will affect ongoing disputes between Indian and Sri Lankan fishermen. But Research Director at Colombo-based think tank Verité Research, Gehan Gunatilleke, suggests that the ban may help soothe diplomatic tensions in the long run.

“Sri Lanka has taken a stance that is non-partisan. The ban applies to Sri Lankans and Indians alike, so it will shift the focus away from the nationality of the offender and towards how damaging the practice is,” says Gunatilleke.

India itself imposes a seasonal ban on bottom trawling in areas like Tamil Nadu, thereby acknowledging the damaging effect the practice has on the ecosystem and the livelihoods of traditional fishers.

Towards A Global Ban?

Sri Lanka is not the first country to impose a ban on bottom trawling. The US, EU, Norway, Canada, and Australia have all invoked partial bans, while smaller states like Chile, Palau, and Hong Kong have implemented full bans.

Palau, along with other Pacific island nations, unsuccessfully tried to propose an international ban on bottom trawling at the United Nations in 2009. But Gunatilleke says that Sri Lanka needs to “forge alliances with like-minded countries and lead the global debate on the practice [of bottom trawling].”

“Sri Lanka has to now be at the forefront of sustainable fishing practices,” he said.