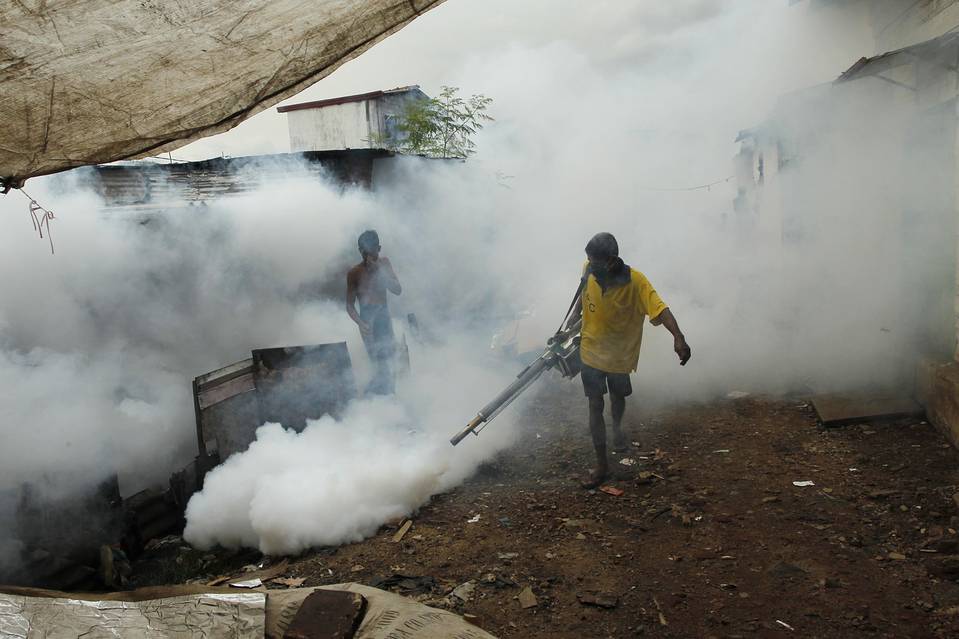 On September 5, 2016, Sri Lanka was finally declared malaria-free by the World Health Organization (WHO) after over a century-long campaign to eradicate the disease. It is the second country in Southeast Asia, after Maldives, to completely eliminate malaria. Having once been among the countries most ravaged by the life-threatening disease, Sri Lanka’s newly acquired malaria-free status was hailed by the WHO as an outstanding feat. The island has not had any locally acquired cases of malaria since October 2012. Nearly half the world’s population, including 1.3 billion people in Southeast Asia, are at risk of contracting malaria. According to a 2015 WHO census, there were 214 million cases of malaria worldwide last year, and 438,000 malaria-related deaths.

Malaria is a potentially fatal, infectious disease caused by Plasmodium parasites. The parasites enter the bloodstream of humans through the bite of a disease-carrying female Anopheles mosquito. These mosquitoes, known as malaria vectors, can transmit the disease from an infected person to a healthy person. Out of the five species of Plasmodium parasites that cause the disease, Plasmodium falciparum and Plasmodium vivax are the most virulent. Most of the infections in Sri Lanka were caused by the P.vivax.

Malaria can be cured using anti-malarial drugs. It can also be prevented by destroying the mosquito species that carry the parasite, in a process known as “vector control.” Early diagnosis and treatment are important in intercepting the progression of the illness. Symptoms become apparent seven days or more after infection. They include fever, headache, vomiting, and chills, and can increase in severity and result in death if the infection remains unchecked. Malaria caused by P.falciparum can be fatal if left untreated for more than 24 hours.

The Anopheles mosquito hatches from eggs laid in clean, stagnant or slow-moving water. Transmission of malaria through these mosquitoes depends on environmental conditions, such as rainfall, temperature, and humidity. The main vector mosquito in Sri Lanka, Anopheles culicifacies, thrives chiefly in the dry zones, during the rainy seasons. They sometimes occur in temperate regions on the island as well, but are rarely found in the wet zones. The Anopheles mosquito typically feeds between dusk and dawn.

Malaria Through The Ages In Sri Lanka

Sri Lanka has had a long and checkered history of the disease, making the recent developments all the more significant. Judging by ancient medical records, malaria seems to have been prevalent even during the 4th century CE. Since then, malarial outbreaks have resulted in the fall of kingdoms, shifting of capitals, widespread death, and severe morbidity for centuries. The largest recorded epidemic occurred in 1934 and 1935, infecting an estimated 1.5 million people and leaving 80,000 dead.

However, in 1999, with the support of the Roll Back Malaria Partnership, the Sri Lankan government began to reinforce control measures, and managed to successfully reduce the occurrence of malaria by 68% in 2000-2001 alone. In 2002, there were only 30 recorded deaths. In the following years up to 2009, malaria-related deaths were confined to single digits, with the last known death recorded in 2009. Cases of malaria also reduced drastically over a decade, from 41,411 confirmed cases in 2002, to just 23 in 2012. From late 2012 to date, there have been no locally acquired cases of malaria. However, around 180 cases of malaria were reported in the past three years, but it was confirmed that these infections were contracted abroad.

In April 2016, Sri Lanka applied for the WHO certification of malaria eradication. “Our country was eligible to apply from November 2015,” said Dr. Janakan Navaratnasingam, a representative of WHO Sri Lanka, who is currently involved in the anti-malaria campaign. Speaking to Roar about the criterion for the accreditation of malaria eradication, he explained, “The country should be free from indigenous transmission of malaria at least for a minimum of three years to receive certification.”

Sri Lanka received the certification of malaria eradication earlier this month at the 69th session of Regional Committee for South East Asia, in Colombo. WHO Regional Director, Dr. Poonam Khetrapal Singh, said, “This is a testament to the courage and vision of [the country’s] leaders, and signifies the great leaps that can be made when targeted action is taken.” The Sri Lankan government was also globally commended for having achieved this status despite facing many challenges in the implementation of the anti-malaria campaign due to the civil conflict that spanned over three decades.

Sri Lanka began its anti-malaria campaign in 1911. It was one of the first countries in the region to introduce indoor residual spraying (IRS) of the insecticide, dichlorodiphenyltrichloroethane (DDT), starting in 1945. In 1958, Sri Lanka joined WHO’s Global Malaria Eradication Programme, and began a five-year eradication plan. As a result of the programme, the incidence of malaria decreased steadily between 1958 and 1963, with only six indigenous cases of malaria recorded in 1963. Buoyed by the decline in numbers, the spraying of DDT was halted in April 1963. When malaria-related cases started to increase again, spraying was resumed. However, by then, it was discovered that the mosquito species in the country had developed resistance to DDT. In 1977, the country began using the insecticide, malathion. However, from 1970 to 2000, Sri Lanka had little success in controlling the disease.

In the late 1980s, the Anti-Malaria Campaign (AMC) came up with an integrated strategy to control the spread of the malaria vectors. These methods did not prove to be successful, but the mortality rate was reduced by extensive access to anti-malarial drugs. Moreover, the parasite in most of the infections was P.vivax, which is not as dangerous as P.falciparum.

Control measures were reinforced in 1999-2000, with the AMC revising its strategy and deciding to target the parasites causing the disease, in addition to implementing vector control. Speaking about how the parasites were being eliminated, Dr. Navaratnasingam said, “We have strengthened the surveillance system for patients. We closely monitor fever cases. When we suspect malaria, or if there is no reason for a fever, we immediately check the blood for the malaria parasite. If malaria is diagnosed, treatment is started without any delay. With proper treatment, the parasites die fast, and very rarely do they get the chance to spread from one person to another.”

The WHO called the changed strategy “unorthodox, but highly effective.” It included mobile clinics in high transmission areas, parasitic control by prompt treatment of cases, diagnostic tests, vector control via IRS, and the use of insecticide-treated mosquito nets, as well as health education and advocacy programmes.This campaign consequently led to a remarkable decrease in malaria-related mortality rates.

However, Dr. Navaratnasingam added, “even though the parasite is eliminated, it can’t be said that we have achieved vector control. We can see mosquitoes everywhere, but they don’t carry the parasite.”

Anopheles stephensi is one of the primary mosquito vectors of malaria in Southeast Asia. Image credit: en.wikipedia.org

Eradication of a disease has three main phases; control, elimination, and prevention of re-introduction. Having accomplished the first two phases, the country is now in the third stage of the eradication process. According to Dr. Navaratnasingam, “Surveillance is the key strategy to prevent re-introduction. Re-introduction is always possible, but we can avoid this by being vigilant.” The potential risks of resurgence include tourism, imported labour from malaria-affected countries like India and Pakistan, and travel to and from such countries. The government has to keep a close watch on high-risk populations entering the country, in order to prevent the re-introduction of the disease.

Another challenge that the AMC anticipates is the cessation of funding for surveillance activities. Right now, the main sources of financing are the government, The Global Fund, and the WHO. Since international funding for Sri Lanka’s anti-malarial campaign ends in 2018, it could prove difficult for the government to sustain the campaign single-handedly. However, both the Ministry of Health and the WHO have rushed to assuage the fears of the AMC, with the World Health Organization declaring that it will “continue to support the efforts of Sri Lanka’s health authorities as they relate to malaria, as well as the country’s wider public health mission.”