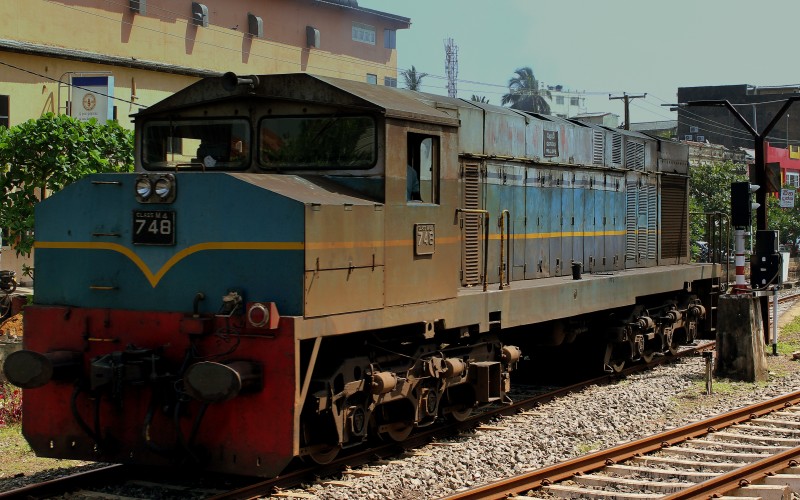 Sri Lanka Railways (SLR) is perhaps our country’s most illustrious government institution. What began as an idea hatched by the British to transport tea and coffee, has now evolved into one of the cheapest, and (once you factor in the traffic jams) fastest forms of transport available to all Sri Lankans.

The Annual Performance Report of SLR for the year 2014 was presented in Parliament recently (no, that was not a typo and yes, the report is technically almost two years late). We dug into it, and managed to unearth some interesting facts and figures which we hope would make for an interesting read.

First, let’s skim through the facts before diving into a slightly deeper analysis.

According to the Central Bank, SLR’s revenue has increased by an average of around 10% every year, for the last five years. However, there has also been an increase in operating expenditure which is quite significant. In 2014 alone, SLR’s operating expenses increased by around Rs. 6 billion compared to 2013. A little bit of cross referencing with the data released by the Railway Authority reveals that this entire amount is attributed to an increase in wage costs1. Unsurprisingly, losses have ballooned as a result.

2. Where Are The Trains?

The performance report lays out details about the rolling stock owned by SLR. In the railway industry, the term rolling stock usually refers to all the locomotives, wagons, coaches, and railroad cars belonging to an operator.

Judging by the numbers, our railway system doesn’t seem to have as many engines and DMUs (DMU stands for “Diesel Multiple Unit”, also known as ‘power sets’ among locals) as it needs. On the other hand, it seems to have adequate numbers of carriages and wagons.

3. Capital Expenditure On The Rise

As a result of all the carriages and DMUs which were purchased over the last few years, SLR’s capital expenditure has been on the rise. At the same time, recurrent expenditure has also increased. The rather significant increase in 2014 is the result of the increase in wage costs which we talked about earlier.

4. And There Were A Lot Of Breakdowns

There were 503 engine breakdowns in 2014, which is an improvement compared to the previous year, during which 530 engine failures were reported. Engine failure rates have come down over the last five years, which is likely to be the result of the then Government’s efforts to modernise the fleet.

As a general rule, newer trains don’t breakdown as much as older trains do, and SLR does have engines which are around 30+, or sometimes 40+ years old. The major drawback of keeping ageing engines running is that maintenance costs will increase with time. This is because in most cases, the manufacturers themselves would end support for older engines, which forces operators to try and build spare parts by themselves whenever they’re needed. Needless to say, that route can end up being a very expensive one to take.

5. More And More People Have Been Using Trains To Get Around

There’s been an increase in the number of passengers using the train network. The increased traffic likely has something to do with the opening of the Northern line, and also a few other line extensions carried out around the country, which means more people now have access to the train network.

Consequently, the number of passenger trains being operated has also increased. In 2014 alone, slightly more than 117,000 passenger trains were operated, roughly a 2000+ increase compared to 2013.

Trains are a very cost effective method of transporting goods over a very long distance. Though SLR only nets around Rs. 500 million in revenue by providing freight transportation services, it does transport a significant quantity of goods. Agricultural products, petroleum products, and cement are the three major types of goods transported by train in Sri Lanka. In 2014 alone, SLR transported a combined 1.6 million tons of goods belonging to these three categories. But that’s actually a drop of around 400,000 tons compared to 2013.

Sure, the SLR has many critics. It doesn’t exactly have a very enviable Quality of Service (QoS) and its finances are a mess. The taxpayers regularly end up having to bail out the service, which adversely affects the country’s finances.

But all’s not lost.

An improvement in the QoS can only be achieved by investing in SLR. These investments will need to address pretty much everything, from internal processes and rolling stock, to customer care. But all those investments will cost money.

There are quite a few ways for SLR to obtain the money it needs. It could ask for money from the treasury, it could borrow or apply for a grant from some institution such as the ADB, or it could raise its prices to a much more realistic level. That last method is by far the most sustainable, and the Central Bank has exhorted SLR to charge realistic prices for quite some time now. But that is not a very politically popular move, and SLR itself makes note of this fact in the report.

There is another neat way of raking in some cash. SLR owns vast tracts of land in prime locations all around the country. Transferring these lands into a separate firm, and thereafter leasing those lands for commercial development can be a very lucrative opportunity. In other countries, such deals are structured into REITs (Real Estate Investment Trusts), but since we still don’t have the legislation required for REITs, a company structure would do for now. (The CSE is in the process of drawing up legislation for REITs; also, the Government can  obviously push new legislation to help SLR).

As you can see, freeing up some cash will allow for a much more rapid revamp of the entire system. But will this become a reality anytime soon?

Maybe. Maybe not. We’re not quite sure ourselves, but here’s hoping for the best.

If you’d like to know a little more about the SLR, and are in the mood for something lighter than what you just read, check out our article on some of the quaint traditions of the Railways that are still pretty much continuing today.

1 For some reason, it looks like SLR doesn’t count Maintenance costs as a recurrent expense. This may or may not be a genuine error. Even we’re confused, kind of.