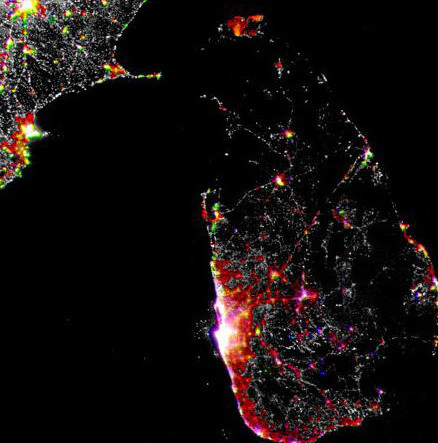 A look at Sri Lanka’s burgeoning urbanization, and what this means for people and the economy

The World Bank recently published a publication highlight that analyses and quantifies urbanization in South Asia. Armed with a charmingly animated infographic, the piece is based on the report ‘Leveraging Urbanization in South Asia : Managing Spatial Transformation for Prosperity and Livability’. The title’s a mouthful, but the findings discuss the importance of balancing economic viability and practical human feasibility. You can read and download the whole report here.

Although the World Bank agrees that rapid urbanization puts tremendous pressure on a city’s infrastructure, basic services, land, housing, and the environment, they also claim that countries like Sri Lanka can use it to catapult themselves through an economic transformation into the strata of the richer countries. This is, however, going to require firm policy and institutional reforms and implementation in order to ensure that this rapid growth is sustainable – and healthy.

The study suggests that empowerment of local governments to aid development might be the ticket here. However, informal settlements are the backbone of many areas of Sri Lanka – so the World Bank’s suggestions of land and housing reform may not totally work, or result in displacement, in favour of large-scale foreign development projects.

Do we really need major urbanization?

The major pitfall is the fact that a large chunk of all this growth in South Asia is, as the report coins it: “messy and hidden.” In other words, welcome to the slum sprawl. Currently, the worst of the slum situation in SEA occurs in India and Bangladesh, and Sri Lanka’s looking pretty good in comparison. The island’s urbanization is relatively healthy given certain parameters, including a high level of extreme urban poverty eradication, and the fact that the percentage of the urban population residing in slums is quite small.

According to WB data, Sri Lanka’s urban population at 3,133,325 in 2013 is just about 15% of the total population, and is growing at around 1.36% a year. While this data is yet to be updated for 2014 and 2015, there isn’t much to suggest a drastic change in the existing trajectory. Urban population, as a percentage of the total population, has actually dropped a couple of percent since 1990, but this could possibly be attributed to the prevalence of larger families in rural areas and a slowing urban birth rate.

Despite all this moderation, Sri Lanka also displayed the region’s fastest urban expansion in the last decade block (1999-2010). This was measured using ‘nighttime lights data’, which is entirely fascinating in itself. While far more difficult to quantify numerically, it’s an arguably more reliable method because it overcomes typical post-code limitations in identifying urban sprawl. This means it looks at the region rather than stopping at a census of the Colombo 01-14 postcodes. Here’s a photographic representation of the country in 2012 using the method.

“Sri Lanka has been experiencing a dynamic spatial transformation process driven by the Kandy-Colombo-Galle urbanization belt as well as localized single-city agglomerations in the eastern and northern parts of the country, mainly around Trincomalee, Batticaloa-Akkaraipattu, and Jaffna.”

The largely dark areas in the nighttime lights map, which in many other SEA countries represent areas of rural poverty or underdevelopment, are actually heartening in Sri Lanka as a lot of them demonstrate the island’s sprawling national parks and wildlife habitats.

While many countries see a direct correlation in increase of urbanization and GDP growth, this isn’t always the case. Sri Lanka’s progress has also been markedly better than its subcontinental peers due to the drop in urban population living below the national poverty line from 7.9 percent in 2002 to 2.1 percent in 2013. The country also showed growth in manufacturing, unlike most other SEA countries. But this may not last long.

Champika Ranawaka, Minister of Megapolis and Western Development, also commented on the ongoing urbanization question, briefly outlining the issues it has created including a higher crime rate, a diminishing agricultural sector, and social/ traditional/cultural distortions.

The rural happiness quotient is quite high due to a lower cost of living and free education and healthcare. Image Source @everydaysrilanka (Instagram)

Perhaps Sri Lanka’s relatively low rate of urbanization is a good thing, too. Many other developing countries see massive rural exoduses due to the absolute lack of opportunity (in terms of employment, education, or even health) or connectivity outside the large cities. Despite the World Bank reporting that around 80% of national output originates from the Kandy-Colombo-Galle belt, low living costs and adequate universal healthcare and education in rural areas reduce the incentive to move. It’s an interesting return to the perennial battle of financial growth at the risk of social development – one Sri Lanka has managed to avoid to a large extent thus far.