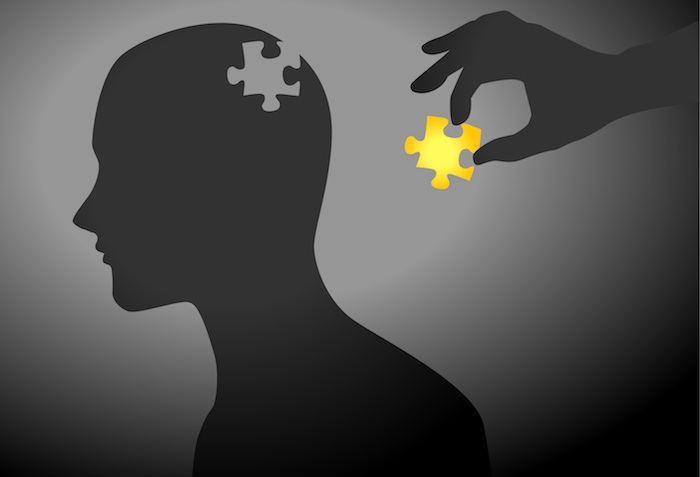 Ever since the dawn of political correctness, any reference to mental illness has been rigorously monitored to make sure that sufferers face as little embarrassment as possible. It appears, however, that our little island has not received the memo. It is not uncommon in Sri Lanka to make derogatory references to a person’s mental health – or lack thereof. For instance, in a traffic altercation, it is virtually an obligation for an irate driver to begin proceedings, by sticking his head out of his window and screeching, “Oyata pissuda?” (“Are you mad?”) This is usually followed by the exchange of the word “pissa” (Sinhalese for “madman”) several times, interspersed with other obscenities. Road rage is not the only instance in which we make digs at people’s state of mind. Fits of anger, annoyance, or even spite, often result in the use of terms like “basket case”, “nut-loose” (usually accompanied by a circular motion of the forefinger) and “mental case.” You get the picture. We commonly tend to associate mental illness with ridicule and condemnation, not realising that we are thoughtlessly trivialising a sensitive, and often serious, issue. Is that wrong of us? If you think it is, you’re right. If you don’t, you might want to read on.

What Is Mental Health?

Sri Lanka has one of the highest suicide rates in the world. This could be attributed to mental health illnesses such as depression. Image credit: healthspectra.com

Mental health includes the psychological – psychosocial, emotional and cognitive – well-being of an individual. It influences the way people think, function, feel, and behave. The World Health Organization (WHO) defines a state of mental well-being as a state in which an “individual realises his or her own abilities, can cope with the normal stresses of life, can work productively and fruitfully, and is able to make a contribution to his or her community.”

A mental illness is any neuropsychiatric disorder that disrupts an individual’s mental health, affecting the way the person thinks, behaves, functions, and interacts with others. The effects of mental health problems vary, depending on the severity of the disorder, and can be detrimental to the normal functioning of the sufferer. Mental disorders are triggered by a genetic predisposition to the psychological illness, or by exposure to a traumatic or disturbing life experience. Some common examples of mental health illnesses are depression, anxiety, schizophrenia, bipolar disorder, and psychosis. Most of these disorders can be treated, with the help of therapy and/or medication.

The Current Status Of Mental Health In Sri Lanka

Mental health is not a topic that is usually explored with an open mind, in Sri Lanka. Rather, it tends to serve as a fount of insults, or a subject of inappropriate jokes and unkind comments. An astonishingly large of number of people choose to attribute mental health illnesses to supernatural phenomena, such as evil spirits and black magic. Some people conceal or completely deny the existence of mental health conditions altogether, because of the humiliation and disgrace associated with these conditions. Most mental health problems, such as depression and anxiety, are not even considered legitimate illnesses by a large portion of the population, with many deriding them as imaginary disorders concocted by the West. Therefore, individuals with clinically diagnosed psychological disorders not only face the risk of skepticism, ridicule, and rejection from their families and communities, they also fail to receive the support and encouragement they need in order to get better. Using mental health as a batting pitch for flinging insults around certainly does not help matters. It only serves to exacerbate the sense of shame that surrounds mental illness.

There is very little awareness about mental health in most parts of the country. However, Nivendra Uduman and his colleague, fellow psychologist and researcher, Hansini Gunasekara, plan to rectify that. On August 18, 2016, Uduman and Gunasekara will set out on a long walk across Sri Lanka to raise island-wide awareness on mental health. Their journey, christened “Footsteps to Freedom”, will begin at Dondra Head, the extreme southern tip of the island, and end at Point Pedro, the northernmost point, covering over 500 km.

About Footsteps to Freedom

According to Uduman, “The purpose of “Footsteps to Freedom” is to spread awareness of mental health, to combat and find freedom from the stigma and shame that surround mental illness in Sri Lanka, and [also] to tell people that it is okay to seek help; that there is support available.” He added, “In urban areas, people have some kind of awareness as to what mental health is, but when you go outside Colombo, you will find that the awareness is very minute. People still have misconceptions that mental health illnesses are caused by demons and spirits, so that prevents them from getting adequate treatment.”

He told us that the walk will take place in six phases, with Phase 1 beginning at Dondra Head, near Matara, and ending at Ratnapura. Uduman and Gunasekara will then make their way to Kandy, and from there, they will travel to Dambulla. The route will continue from Dambulla to Vavuniya to Kilinochchi, coming to an end at Point Pedro in Jaffna. Spanning about 750 km, the walk will take approximately 40 – 45 days to complete on foot. On the way, the two young psychologists will conduct workshops on mental health for both civilian communities and the military, in schools, hospitals, religious and community centers, as well as in other locations. The sessions will be in Sinhala and Tamil, depending on the native language of the different communities they meet.

When asked about the mental health issues that will be addressed at the workshops, Uduman said, “We will be covering different topics related to mental health for different target groups. We will be talking to people about common mental health problems, like depression, anxiety, schizophrenia, obsessive compulsive disorder (OCD), and post-traumatic stress disorder (PTSD). We will also be talking to them about other things, such as suicide prevention, child sexual abuse prevention, domestic violence, and alcohol and substance misuse- related problems.”

“I want to tell people that it is okay to talk about mental illness. It should not be hidden and swept under the carpet, like it is now,” says Nivendra Uduman. Image credit: facebook.com/mentalhealthsrilanka/photos

Uduman and Gunasekara will be accompanied by volunteers on parts of the walk, and their accommodation en route will be provided by the military. Uduman said, “We are going to keep our approach [to mental health education] very simple, and make sure that we relate it with the needs and [understanding] of the respective individuals and communities we are going to meet. So it’s not going to be coming from an academic viewpoint. We will be connecting with them at a very [basic] level. I want to tell people that it is okay to talk about mental illness. It should not be hidden and swept under the carpet, like it is now.”

Given that Sri Lanka has one of the highest suicide rates in the world, overlooking the issue of mental health may not be the best idea. In 2011, the suicide rate for males was documented by the WHO to be 44.6 per 100,000 people, and for females, the number was recorded to be 16.8 per 100,000 people. Over the recent years, there has been an increase in the number of attempted suicides. These cases are mostly the result of mental health disorders, such as depression. A 2011 study conducted at the Rajarata University showed that approximately 5-10% of the Sri Lankan population was suffering from mental health conditions that required treatment.

These numbers are not surprising, especially in a country that has only just emerged from a 30-year long civil conflict, undergone a devastating tsunami, and battled through many different natural disasters. However, our national health services are not equipped to handle the increase in mental health illness in the country. The only hospital in Sri Lanka dedicated solely to mental health services, the National Institute of Mental Health (NIMH) in Angoda, is reportedly unable to cope with the demands of the increasing population of individuals with mental health problems.

According to statistics by the NIMH, only 20% of mental health sufferers receive treatment, one of the main reasons being that treatment is usually available only in cities. There is also a scarcity of trained mental health professionals in the country. In addition, mental health-care in Sri Lanka is poorly funded and relies heavily on tertiary care. To top it all off, the fear of social stigma puts a spoke in the wheel when it comes to seeking treatment for mental health problems.

However, this does not mean that the existing mental health services in the country are lax. Health-care workers in tertiary and psychiatric hospitals, as well in other mental health facilities, are doing their best to alleviate the burden of mental health problems in the country. But it is not enough, especially if very little is done to fight the negative perception of mental illnesses in our society at large.

Stigma and skepticism are not conducive to the treatment of mental health problems. It is important that the sufferers have a solid framework of support and acceptance within their own families and communities, in order to be treated successfully. “Footsteps to Freedom”, therefore, is a step in the right direction. With a twofold purpose of battling parochial prejudice, and spreading awareness and hope, it may be just the kind of positive initiative the country needs now.