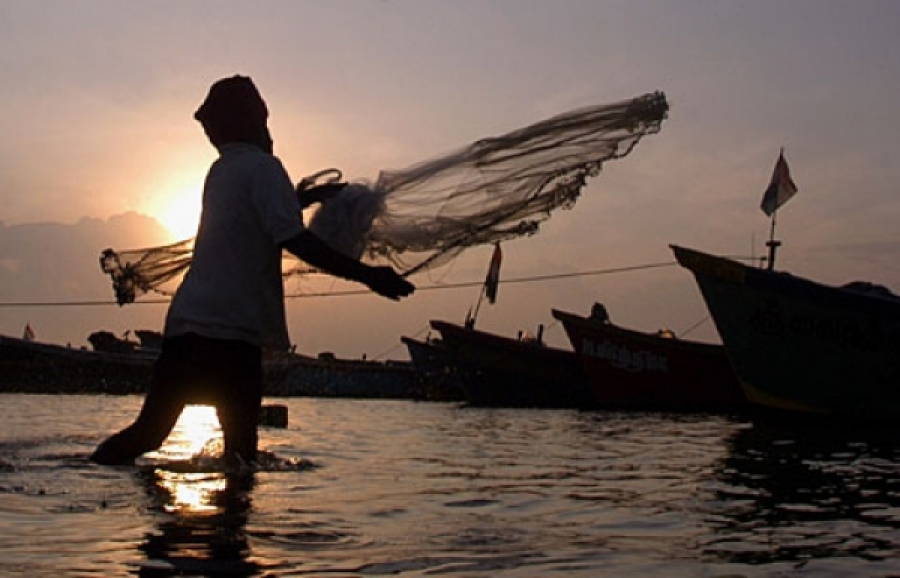 Tamil Nadu Trawlers And The Troubled Waters Of The North

The European Commission last week finalised the lifting of a ban on Sri Lankan seafood exports to the European Union. The ban, proposed in October 2014, is estimated to have cost the country at least 74 million euros a year, and was imposed after Sri Lanka failed to “demonstrate that it sufficiently addressed illegal, unreported and unregulated (IUU) fishing.”

The ban was lifted after the European Commission reviewed a series of measures taken by the Sri Lankan government to tackle IUU fishing. According to the Department of Fisheries, Sri Lanka now expects to earn 100 million euros (Rs 16.3 billion) in annual revenue from seafood exports to the EU.

Although the end of the ban is much welcomed by both the government of Sri Lanka and the island’s fishing communities, it does not signal an end to the series of other issues that have been plaguing Sri Lanka’s fisheries industry over the last few years.

Taking centre stage is undoubtedly the problem of Tamil Nadu trawlers fishing in Sri Lankan waters, and depriving local fishermen of access to fish stocks. Reports of the Sri Lanka Navy intercepting these trawlers and taking those aboard into custody are a direct result of this, as are the rifts between Tamil Nadu and Sri Lanka following such incidents.

Little has changed since we reported on the issue late last year, with tensions still running high between the fishing communities of South India and Northern Sri Lanka .

Over the course of the next few weeks, Roar intends to breakdown the different aspects of the Northern fishery issue, with this article serving as an introduction to some of the problems involved.

Fishing In Waters Not Their Own

The primary reason for conflicts between the fishermen of Northern Sri Lanka and Tamil Nadu, arises as a result of Tamil Nadu trawlers crossing the International Maritime Boundary Line (IMBL) and entering into Sri Lankan waters. The fishing practices they employ are recognised as illegal and harmful, as we will discuss later on in this article.

According to the Sri Lanka Navy, Tamil Nadu fishing boats enter Sri Lankan waters in numbers of 1,000 – 1,500 at a time, and sometimes even higher. Speaking to Roar, Navy Spokesperson Captain Akram Alavi explained that, “The Tamil Nadu fishermen have three days a week stipulated for fishing, and usually set out on Mondays, Wednesdays, and Saturdays.” He added that, “The problem is they venture into Sri Lankan waters [and] they engage in bottom trawling, a method which is destructive and depletes fish stocks.”

As a result, the Navy occasionally resorts to taking vessels into custody, and arresting those on board. “They often enter Sri Lankan waters around midnight or early in the morning, so arrests are made mostly on Sundays, Tuesdays, and Thursdays,” the Navy Spokesperson said.

This year alone a total of 174 Tamil Nadu fishermen/workers on fishing boats were arrested. As of June 11, 153 of them were released, with 21 remaining in Sri Lankan custody.

Given the resulting pressure the Tamil Nadu government exerts on India’s Central Government each time this happens, the ‘fishermen issue’ is always on the agenda whenever governments of the two countries hold bilateral discussions. Indian Prime Minister Modi recently acknowledged the need for a permanent solution to the problem, but this is proving easier said than done.

This is partly because the problem itself is two-fold: to begin with, by entering Sri Lankan waters, the Tamil Nadu fishing boats violate the maritime boundary agreement between the two countries that has been in place since the 1970s. At the time, in an exchange of letters between secretaries to the two foreign ministries, exclusive fishing rights were secured for Indian and Sri Lankan fishermen on their respective sides of the IMBL.

This brings us to the second part of the problem:

The video below describes exactly how much damage bottom trawling causes to the seabed and the marine ecosystem:

The legalities surrounding this issue constitute a separate discussion altogether, which we previously explored in our article on why bottom trawling needs to be banned.

Although Tamil Nadu boats aren’t the only ones to engage in bottom trawling, local authorities maintain that there are comparatively fewer Sri Lankan boats that do this.

The Sri Lanka Navy did acknowledge, however, that local fishing boats engaging in potentially destructive fishing would also be intercepted. According to Navy Spokesperson Captain Alavi, a month ago, the Navy  arrested two boats belonging to local fisher-folk, who were engaged in ‘pair trawling’, north of Mannar.

As of now, the Ministry of Fisheries says they are taking measures to look into both the issue of banning bottom trawling altogether, and resolving the Tamil Nadu fishermen problem.

Mangalika Adikari, Secretary to the Ministry of Fisheries, told Roar that the fish stocks from the North can contribute up to 30% of the national fish production, but due to the prevailing problems, currently contribute only around 12%. On the issue of Tamil Nadu fishermen in Sri Lankan custody, she said, “We don’t want to keep them in our prisons, we want to release them,” but added that there are certain legal procedures they need to undertake before those arrested are repatriated.

The Struggles Faced By Northern Fishermen

With the many issues involved here, it is often easy to forget that there are also actual lives and livelihoods at stake.

On June 10, representatives of Northern fishing communities were in Colombo to discuss their problems with Fisheries Ministry officials. As it turns out, these fishermen find their waters encroached upon by not only the Tamil Nadu trawlers, but also Sri Lankan fishermen from the South who have migrated to the North in order to engage in fishing.

Speaking to Roar, Mohamed Alam, President of the Federation of Fishermen’s Cooperative Societies Union in Mannar, said that “They first came here during the war, and then there were around 50 fishing families, but now there are around 200.”

As a result, there is increased competition for fish stocks in an area already threatened by the activities of Tamil Nadu trawlers. According to Thiyagaraja Waradas of the Department of International Relations, University of Colombo, the fisheries industry of the South is highly developed when compared to the North, so migratory fishermen from the South tend to have certain advantages (such as better fishing vessels) over those of the North. This is an issue that has affected the traditional fishermen particularly in Mannar and Mullaitivu.

Among the threats posed by Tamil Nadu trawlers is the potential damage to traditional fishing nets used by local fishermen. Image credit: carfreetravels.com

Having said that, Waradas, who has served on government appointed committees to look into the problem of Tamil Nadu trawlers, pointed out that the threats posed by Tamil Nadu trawlers are in some ways more serious. “When their [Tamil Nadu] boats are engaged in fishing, no traditional fishermen will go out to sea, because the trawlers can destroy their [Sri Lankan fishermen’s] nets,” he said, adding that the cost of damages to traditional fishing nets could vary from Rs. 5,000 to Rs. 200,000.

As of now, at least 30,000 families in the combined Northern districts of Mannar, Kilinochchi, Mullaitivu, and Jaffna face threats to their livelihoods as a result of problems posed by Tamil Nadu trawlers.

“These are the seas we depend on for our livelihoods. They come and cause damage in our seas. We are people who have already been affected by the war, and now we have to deal with this atrocity too,” says Mohamed Alam, who had travelled to Colombo with other representatives of fishing communities, to confer with state officials on this matter.

The threats to these thousands of families have not gone ignored by the Government, and it is reassuring to note that the issue appears to be one of concern for policy makers. In the meantime, affected fishermen of the North have proposed solutions, too.

According to Dr. Steve Creech, and independent researcher and Director, Pelagikos Pvt. Ltd., these fishermen have gone to court to demand the Department of Fisheries prosecutes boat owners under the Fisheries (Regulation of Foreign Fishing Boats) Act [No. 59 of 1979], instead of charging them under the Immigrants and Emigrants Act of 1948.

He also pointed out that stronger measures will have to be taken to stop IUU fishing by Tamil Nadu trawlers in Sri Lankan waters. In Sri Lanka, for instance, the European Commission ban on seafood exports was a strong enough motivator for the Government to address issues of IUU fishing. Last year, Indian seafood exports to the EU was estimated at US$ 1.6 billion ‒ perhaps, as Dr. Creech points out, international intervention could encourage India, too, to control IUU fishing by Tamil Nadu vessels.

Given the prolonged impact these problems have had on our fisheries industry (which accounts for 1.8% of GDP), the livelihoods of those involved, and the marine ecosystem, it is imperative that a feasible, permanent solution be reached, and fast.