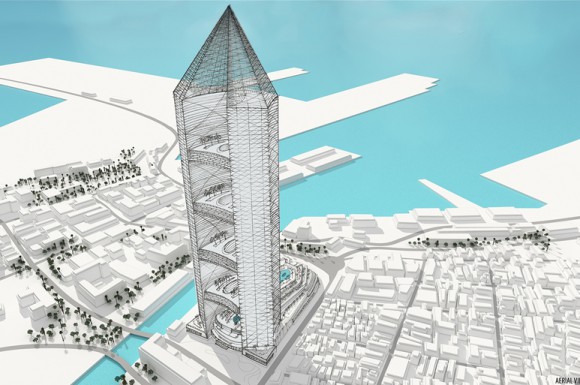 Earlier this month, an official announcement was made that Asia’s tallest building, to be titled World Capital Centre (WCC), will be constructed in Colombo. It was to be completed in 2023. According to Al Aman World Capital Centre—the company behind the project—the 117-storey twin-tower structure will be a 100% foreign direct investment (FDI) to the tune of USD 2.4 billion, the likes of which has never been seen in Sri Lanka before (or anywhere else in the region, for that matter). However, the project is mired in controversy due to disparities and inconsistencies in claims made by those running it and an alleged lack of transparency in their dealings with the Government. Though Al Aman WCC claims to be of international repute, its spokespersons have so far been unable to convincingly highlight any completed projects in any part of the world.

According to one of several statements made by Al Aman WCC, once completed, the two towers will boast, among other things: 1,200 residential units, 3,000 retail outlets, 2,000 hotel rooms (somehow qualifying it for 7-star status), 20 swimming pools, presidential suites with gold-plated interiors, an observation deck, and a helipad. Al Aman WCC promises, rather prematurely, that it will also house the country’s first Michelin star-rated restaurant.

“High profile investors in the world bring a globally converted vision to WCC and we confirm that WCC will be a sensation in the list of Mixed-use Developments in the World that will consistently make a stunning statement,” the company states in its latest press release.

Al Aman WCC was incorporated in Sri Lanka in March 2015. The company claims a launching ceremony was held two months later at the BMICH with the participation of President Maithripala Sirisena that was telecast live in “more than 120 countries all over the world” reaching millions of viewers, leading to the project becoming internationally renowned.

The WCC building itself was officially announced only earlier this month.

WCC claims in their press release to be a “globally renowned company with an international network reckoned with its operations in the UK, Switzerland, the UAE, Malaysia and all over the world and is formed to perform in the international business arena in the areas of investment, projects and trading.”

At its first official media briefing held last week, senior management of the company were unable to provide adequate proof of this claim of international repute. When journalists present at the press conference including this reporter demanded answers from Al Aman WCC Deputy Chairman Dr. Senaka De Silva and Senior Deputy Chairman Vivek Anandarajah, neither was able to provide sufficient information on any international operations. The panel of WCC representatives including the company lawyer present at the occasion failed to provide concrete examples of any completed projects in Europe or any other part of the world.

WCC has entered into a conditional agreement with the BOI (signed June 30), buying it time till the end of this year to show a total of USD 200 million in addition to land information, failing which the BOI has the authority to can the project if it so wishes.

According to the BOI, the signatories to the agreement had been the United Arab Emirates-based Asaid Ahmed Arabi-Moulana and the Canada-based Vivekanandarajah Aeramba Moorthy.

The company has so far shown only USD 2 million of the required USD 200 million to the BOI, and land has yet to be identified, let alone formally allocated, for the construction of the building. When asked about this at the press conference, the directors revealed they have been looking at locations near the Welikada Prison complex and 14 acres of land near the Dematagoda Bridge.

The deputy chairmen declined to reveal the sources of funds for the project (for comparison, the entire Colombo Port City costs USD 1.4 billion) on grounds of confidentiality.

Anandarajah explained that funding comes only after finalisation of the project, leading to confusion as to whether any funds have been confirmed at all. Anandarajah affirmed that WCC had, in fact, received funds, but declined to elaborate.

Despite the claims that the project will be 100% foreign funded, the deputy chairmen made conflicting remarks to the media. Dr. De Silva said that anyone could invest in the project if they wanted to, contradicting Anandarajah’s claim that the project is a 100% FDI with any funds coming in will be in foreign currency.

Clarifying this, WCC Lawyer Sriskantha said that investments may not be limited to foreign sources, pointing out that the BOI agreement says the total investment of $ 2.4 billion can be in Sri Lankan rupees too.

“The enterprise shall make an investment of USD 2.4 billion or its equivalent in Sri Lankan rupees,” he said, quoting the agreement.

Anandarajah said that WCC may go with multiple funders—reiterating that all funders will be from abroad. Potential funders are now being shortlisted.

“It’s our prerogative to select the right funder that will be good for the project,” he said.

The ownership of Al Aman WCC remains unclear. According to Anandarajah, it’s a “100% owned company, but there will be shares when funders come,” but once completed, WCC will become a shareholding company with the funders, after its stake in the organisation will be decided.

“At the time, we will be giving the shares to the funders,” he said.

Attributing the confusion about the company’s origins to a “misunderstanding,” Anandarajah said: “This is a local company registered under local regulations, but it’s a BOI-registered company. We have the permission to bring funds through the normal channels and regulations and guidelines by the Central Bank and the Government. That is how shares will be sold.”

When the same question was posed to WCC lawyer Sriskantha, he said that he had not been briefed on those particulars, adding that the purpose of the media conference was to promote this specific project.

“Legally speaking, there is a company incorporated in Sri Lanka. That’s the company that’s going to promote this project,” he said.

The company’s website is currently undergoing “major reconstruction.” Its previous incarnation, according to a report by the Sunday Times, showed no information of any completed projects here or elsewhere, but did offer five options to anyone interested in putting money into the project (anywhere between USD 1 million up to USD 25 million). The highest category promised a return of four percent per month, the report said, or a towering 48% per annum; the lowest category, a return of one percent per month or 12% per annum.

However, according to WCC Deputy Chairman Dr. De Silva, a two-year delay in signing the agreement proved costly.

“We can’t bring the money to Sri Lanka. The bank has closed our account. They asked us to show the agreement with the BOI. We spent two years to sign the agreement. That’s what the BOI did to us. The bank has sent the letter to us,” said Dr. De Silva, though it’s unclear whether he was referring to the time before the agreement had been signed.

An artist’s impression of the completed WCC. Image courtesy LinkedIN

WCC is hopeful that, if completed, the building (which they claim will be either the fifth or ninth tallest building in the world, depending on which press release you look at, but third or fourth according to skyscrapercenter.com) will fulfill the “future demand for multi-tenanted grade A leasable office buildings, retail and business outlets.” The company notes that, with “the rise in per capita income, emerging new demand drivers, evolution of vertical living, developments in major expressways in Sri Lanka, and demand for super luxury and luxury condominiums, WCC focuses on catering to these changing demands by being the next biggest wave in the condominium market.”

There are over over 3,700 apartment units currently undergoing construction (or due to begin construction) in Colombo, giving rise to speculation of a possible bubble-burst in the near future. Given this context, even if the WCC building ends up becoming a reality, questions remain as to whether it will turn out to be nothing more than a lot of hot air in the end.