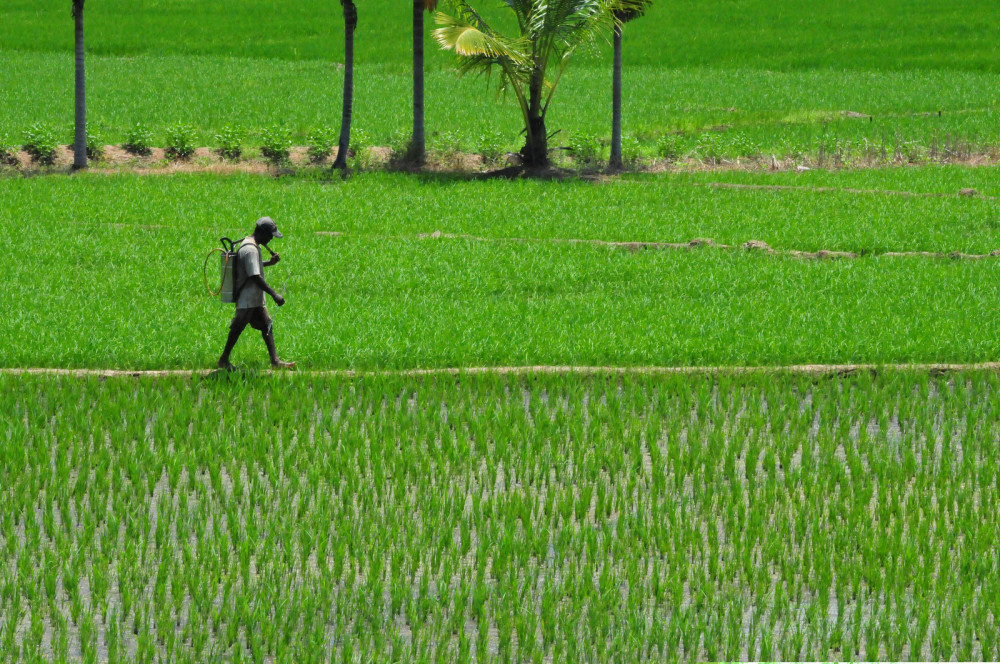 Truth and Lies about Organic Farming

The concept of organic farming is becoming quite popular – it seems too good to be true that there is an alternative to using chemicals to help grow produce. While many people seem to be taken by the idea of organic farming, which promises healthier produce and healthier lives, it is important to take a step back and understand how organic farming really works – let’s look at the facts before the marketing.

What makes something organic?

Nelson De Silva, District Director of Agriculture in the Gampaha District, explained that organic farming is farming without agrochemicals like chemical fertilisers and chemical pesticides such as weedicide, fungicide, insecticide and additional hormones.

Organic farming can be done by adding organic fertilisers like compost or cow dung and natural pesticides which either kill or repel the insects (like clove oil), or controls fungus (like water boiled with cinnamon leaves). It would, therefore, be incorrect to say that organic farming does not allow for the use of fertilisers or pesticides but merely that they use different, “natural” fertilisers and pesticides, as opposed to agrochemicals.

What’s the real deal with fertilisers and pesticides?

When it comes to agrochemicals like fertilisers, De Silva notes that a plant doesn’t absorb the fertiliser as it is. Rather, the plant only absorbs the nutrients found in fertilisers, irrespective of whether the fertilisers are organic or inorganic.

Where pesticides are concerned, De Silva explained that all chemicals added to the plant or soil will gradually degrade. Chemical pesticide producers often warn against harvesting and consuming the plant within a certain period before the degradation occurs. The issue however, is not only the chemicals used but the lack of adherence to the recommendations and restrictions made by the chemical producers. This, according to De Silva, is dangerous and in Sri Lanka this issue is applicable especially to leafy vegetables.

“The best thing to do in this case is to check if your leaves have come from a reliable source,” he said.

The concept of natural

The general consensus is that natural is better than chemical – particularly when it comes to produce. Yet, it should be kept in mind that while there are obvious negative effects of agrochemicals, the seemingly innocuous natural chemicals are just as dangerous. The problem lies with data; because the effects of natural pesticides have not been measured, it doesn’t mean it is safer or less harmful. It merely means that there isn’t enough data to compare the two.

In an article by University of Berkeley, it is noted that

“…we don’t know for certain which system is more harmful. This is because we do not look at organic pesticides the same way that we look at conventional pesticides. We don’t know how long these organic pesticides persist in the environment, or the full extent of their effects,” adding that “when you look at lists of pesticides allowed in organic agriculture, you find warnings such as, ‘use with caution. The toxicological effects of [organic pesticide X] are largely unknown,’ or ‘Its persistence in the soil is unknown.’”

It is taken for granted that organic is better, so there are very few studies measuring just how harmful natural pesticides, too, can be.

District Director De Silva also noted that the reaction of using organic pesticides has not been studied.

“The kind of problems you will have as a result has not been researched,” he said. “To what extent is there proof to say that if it is organic it is completely harmless? The same applies for the GMO argument. It’s just an idea or opinion if there is no proof, so it needs to be questioned if it is worth spending more on.”

He added that while Sri Lanka is a relatively small country, even here, organic farming is not a solution that can cater to the food demand.

“We need to produce the required amount of food for the country, but it is not possible through methods such as organic farming,” he said.

While, as De Silva notes, in Sri Lanka the market for organics is very small, there are a number of initiatives taken to produce organically for both a local and international market.

The biggest problem, however, is not merely the higher premiums for organic products but also ascertaining whether the product is actually organic and whether the claims made by the producers are authentic.

The NOCU will register all certification bodies/ laboratories accredited by the SLAB, Gayani Wijayathilake, Assistant Director of the Export Agriculture Division, EDB, said.

Until the EDB takes over, however, there are two options organic producers have: third party accreditation or a Participatory Guarantee System (PGS), such as the one Good Market has set up. According to Amanda Kiessel, one of the Good Market organisers, PGS is where consumers and producers set standards and a system and build a mutually beneficial relationship.

“The producers form a group and sign a producers’ promise and all producers check each other’s farms. The consumers can visit the farms and ask questions any time,”she said.

Kiessel explained that the PGS system is different from the third party certification in that it is applicable to small-scale farmers more than exporters. It is a system based on mutual trust, where the consumers know and can investigate exactly where the produce comes from.

We’re not saying don’t buy organic or that organic is evil or that mass, non-organic production is better than organic production. No choice is that simple or black-and-white. All we’re saying is that a little research and a little caution might be wiser. We all want to save the world from the mess that it is in – and there is nothing wrong in trying, yet good intentions coupled with bad research (and in this case, excellent marketing) are just as damaging as, say, chemical pesticides are to the environment.