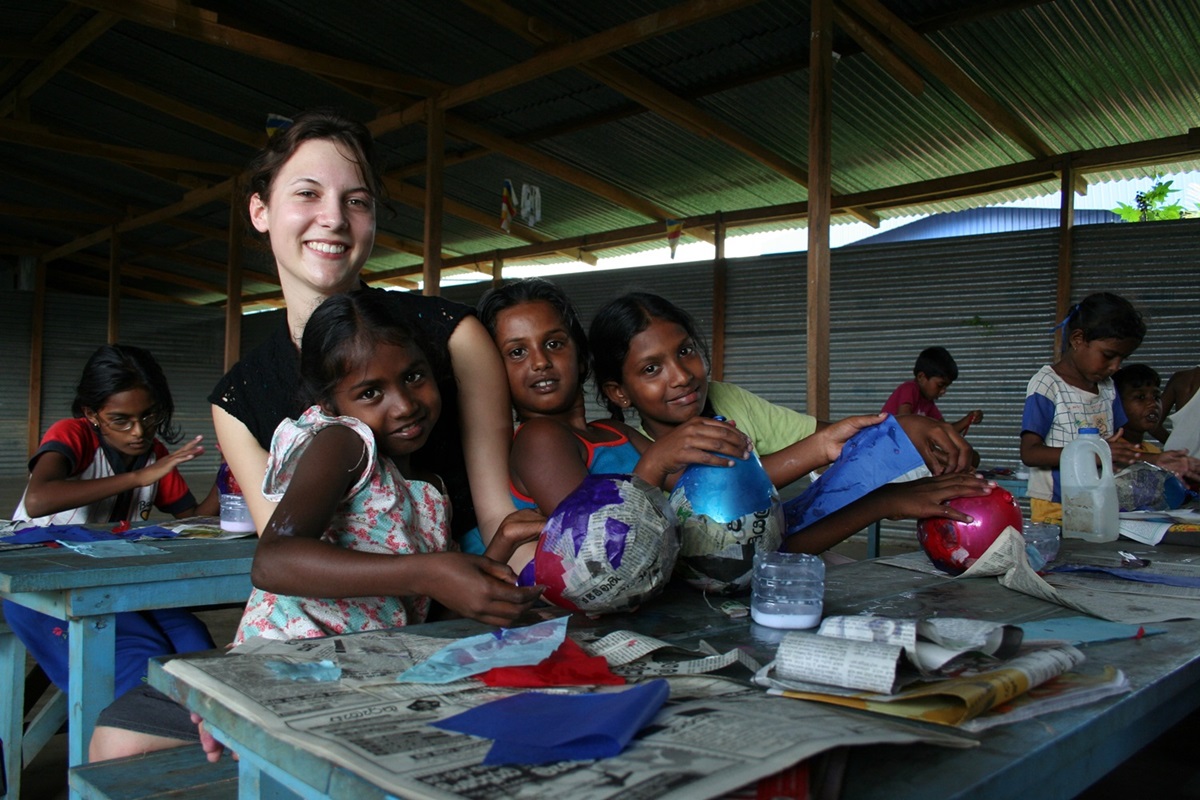 ‘Slacktivism’ has come under a lot of fire of late. From quirky challenges that donate to charitable causes, to dinners that charge exorbitant ticket amounts for a cause, a lot of do-gooding of late seems to leave a slightly bitter aftertaste of self-promotion and flippancy. It’s usually used to describe online activists, ie: people who blog, share, and tweet about issues without actually donating money or time to them. What about voluntourism?

As the name might give away, it’s a mix of volunteering and tourism. Young, affluent students on gap years or summer holidays from developed countries go to impoverished or still developing areas around the globe, spending vast amounts of money to “volunteer.” Unfortunately, these have increasingly been seen as nothing more than incredibly expensive photo opportunities to satiate the ego of the volunteer rather than providing any actual long-term help to those it is supposed to benefit. Unsurprisingly, voluntourism has begun to be heavily questioned, warned against, and parodied in the past few years.

Is Voluntourism a scam?

A volunteer in Sri Lanka at an orphanage – Image Source, www.goeco.org

It really depends on two things, the intentions of the person embarking on the programme, and the people running the programme themselves. It also depends on your stance – whether you believe voluntourism is beneficial to communities or just a way for well-off high school graduates or gap-year youth to pad their CV while partying it up in a cheap “exotic” destination.

In a famous Guardian article, Ossom Mohamud explained further that “it makes for an extremely uncomfortable dynamic in which one begins to wonder if these trips are designed more for the spiritual fulfillment of the volunteer rather than the alleviation of poverty.”

There are also plenty of other cons, such as the issues caused by inexperienced college or high school kids attempting to build houses/sanitation projects. As the head of the Tourism Concern charity in the UK put it, “volunteer placements can prevent local workers from getting much-needed jobs; hard-pressed institutions waste time looking after them and money upgrading facilities; and abused or abandoned children form emotional attachments to the visitors, who increase their trauma by disappearing back home after a few weeks.”

While all of the above factors sound a tad horrid, it still stems from a well-intentioned if misguided place. The real issue is the companies that offer these volunteering programs in developing countries. Most programmes cost each “volunteer” about GBP 1000 a month, which is roughly LKR 220,000. These charges include basics like a homestay, airport transfer, and two meals a day. Any Sri Lankan or person in touch with the cost of living here can tell you it cannot possibly cost that much here to share a room with someone in a family home and receive home-cooked breakfast and dinner. So where does the rest of the money go? Most of the sites we perused suggested administration and staff charges.

The Price of Volunteering: Average price charged by most volunteer companies per month in LKR. Does not include weekends, daily transport, lunch, flights, or any other expenditures.

Sri Lanka’s popularity as a tourist destination and notoriety as a country grappling with post-war development have both grown tremendously in the last decade. This publicity has led to plenty of people wanting to visit, and support good causes while they’re here. Some superb causes have been positively affected, like the Kosgoda Turtle Hatchery & Conservation Project, but plenty have remained relatively untouched like the IDP situation. Other opportunities for voluntourism include temple restoration, teaching English to schools or orphanages, assisting or teaching special needs children and adults, helping the elderly, or even elephant orphanage assistance.

Consequently, the number of companies and agents offering volunteership stays or programs have mushroomed around the island, mostly near the Southern coast, which offers the most in terms of tourist opportunities and sightseeing. So far, the extent of Sri Lankan volunteer scamming has been mostly profiteering than anything else. However, there are plenty of the old established official channels of volunteering that are still functional – and reliable. They are a lot more difficult to get into, as most of them require degrees, previous experience, and a serious application procedure.

If you’re serious or know someone who is serious about wanting to volunteer in Sri Lanka, it’s important to make a decision between volunteering and voluntourism. We’ve included a few reputed organizations for each:

Ultimately, it comes down to a system of honesty – as long as people are aware of the repercussions of their actions, the price they’re paying, and realize they’re getting a holiday and a spiritual boost rather than changing the lives of the locals, voluntourism isn’t all bad.