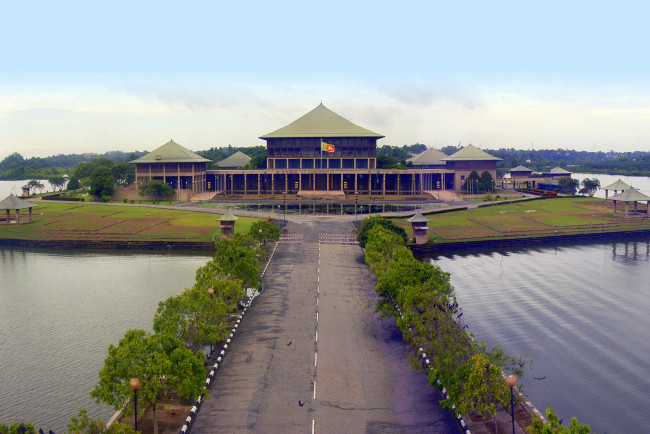 Sri Lanka’s eighth parliament saw the formation of a unity government between a faction of the SLFP and the UNP-led coalition which started proceedings on the 1st of September 2015.

Although debates over the budget, the UN resolution and the partisan squabbling grabbed headlines, the people’s representatives did also debate on some important matters that’s worth highlighting. Here we take a look at four debates worth viewing with the help of opentapes.org; a new archiving site for public policy videos.

1. Debate about proper procedures in recruiting for Public Service

The new “Yahapalana” government was meant to implement good governance policies, and one of key areas is in recruiting for public service. JVP MP Sunil Handunetti moved an adjournment debate on the topic in September which provided among other things, a host of new MPs in parliament to speak for the first time in parliament.

Following the sexual assault and rape of a seven year old, sections of the society demanded the implementation of the death penalty. This prompted UNP MP Hirunika Premachandra to move an adjournment motion to debate the issue in parliament on 6th of September. Ultimately, the government decided to stick with the current policy, but the parliament witnessed an energetic debate on the issue with MPs of the same party divided over the matter.

Around 40% of the working population is employed in the agriculture sector in Sri Lanka, so the topic of certified prices and subsidies for farmers is always a hot topic. Opposition MP Dinesh Gunawardene moved the motion for this adjournment debate.

No list is complete without a reference to our beloved Northern neighbour. The fishing war has affected the livelihoods of fisherfolk and the parliament debated the issue in October. The solutions may not be simple, but greater understanding of the issue is a critical first step.

These and many more debates can be found archived on Opentapes.org a public archive of videos on public policy, particularly the debates in Parliament. The site offers a way for researchers, students, and others interested in the policy debate of Sri Lanka to easily access topical information. The videos are organized into topics and are searchable and available in Sinhala, Tamil and English.