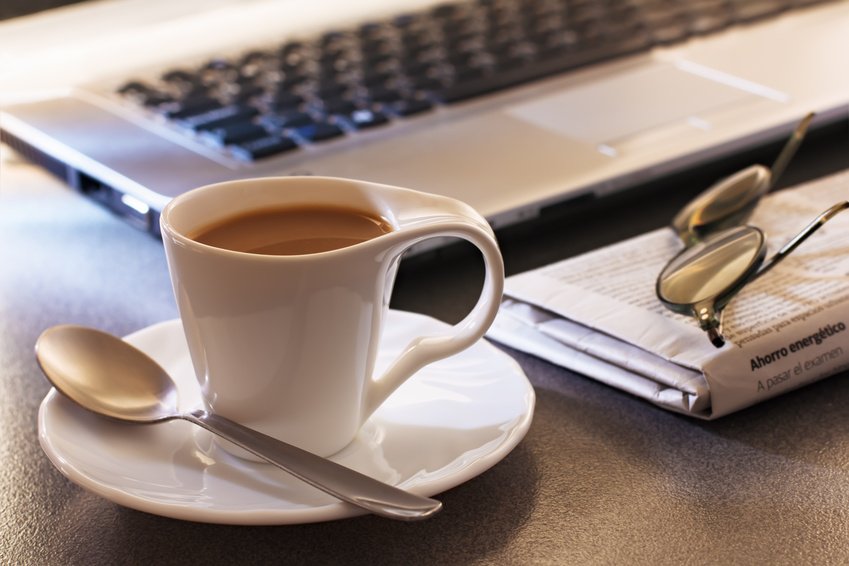 Maybe – just maybe. Let’s indulge in some wild speculation here – if ‘Devastating Emily’ hadn’t wreaked havoc on Sri Lanka’s coffee plantations in the 19th century, Sri Lanka would be known for Ceylon Coffee instead of Ceylon Tea. The coffee leaf rust was dubbed ‘Devastating Emily’ and the fungus brought a once-thriving coffee industry to its knees, spreading faster than a salacious piece of gossip in the hands of the Colombo Aunty Network.

The tea that Sri Lankans enjoy now was built on the remnants of this coffee blight, with tea being planted on some of the very plantations that once harvested coffee. Pounding Ceylon coffee, late 1870’s. If not for Devastating Emily, coffee may just have been more popular than tea in Sri Lanka. Image courtesy lankapura.com

Although not native to Sri Lanka, coffee was believed to have been brought to the island by Arab traders who visited. It’s said that Sri Lankan natives of yore would use young coffee leaves to flavour curries and pluck the flowers for temple offerings. But the coffee cherries (fruits of the coffee plant) went unused until the Dutch set foot in Sri Lanka, realised the possibilities that Sri Lankan coffee afforded, and began systematic coffee cultivation.

Sri Lanka has been slowly working on its relationship with coffee ever since. It’s been baby steps, but there have been exciting developments in global coffee culture and there’s a growing local market keen for their caffeine.

The boom in coffee culture has left its mark in Colombo, as well as the south and east coasts which cater to tourists. Local coffee cultivation has seen a sharp increase in recent years and coffee vending machines are a familiar fixture in bakeries and cafeterias. The humble kopi kadè now has its modern counterpart with multiple coffee shops mushrooming in cities.

What’s exciting, however, are the innovations surrounding coffee.

If you need your caffeine fix immediately and don’t want to mess around with brewing, percolators and coffee machines, instant coffee like the Nescafe 3-in-1 would do the trick. The global coffee brand undertook eight years of research in the 1930s to achieve the perfect sweet spot between taste and convenience – and see how the well-loved drink could be made with little hassle. (Fun fact: Nescafe is a portmanteau between ‘Nestle’ and ‘café’)

Once the recipe was perfected, the instant coffee brand kept adding new blends and evolved to cater to changing lifestyles. The Nescafe 3-in-1 now just requires a shot of hot water for a quick cup of coffee – no messing around with milk, coffee, and sugar – before you kickstart your day or need some caffeine to fuel an all-nighter.

The global coffee revival has also seen an increase in specialty coffees, showing the surprising versatility of the beverage. From familiar combinations like chocolate, hazelnut, and caramel to the slightly offbeat like yak butter, egg white, and mushroom coffee – the sky’s the limit for caffeine connoisseurs.

Sri Lanka’s takes on the beverage are also noteworthy. There’s the infamous ‘ice coffee’ (as opposed to ‘iced coffee’) which is often tweaked to pass off as a party beverage,  and is the perfect fix to beat the tropical humidity. In the North, a special spiced coffee called chukku kopi made with a spice blend consisting of coriander, dried ginger, cumin, and cardamom seeds is a firm favourite.

Coffee has a long history. The beverage has made it to Mount Everest and it’s even made its debut in space (astronauts need their caffeine fix too). Coffee is now a culture and a lifestyle while coffee houses serve as a social springboard around the world, going beyond mere eating and drinking. No other drink has been imbued with so much significance.

Sri Lanka’s renewed relationship with the beverage has only just begun to brew. Coffee lovers, rejoice – there’s clearly a lot more on the cards.