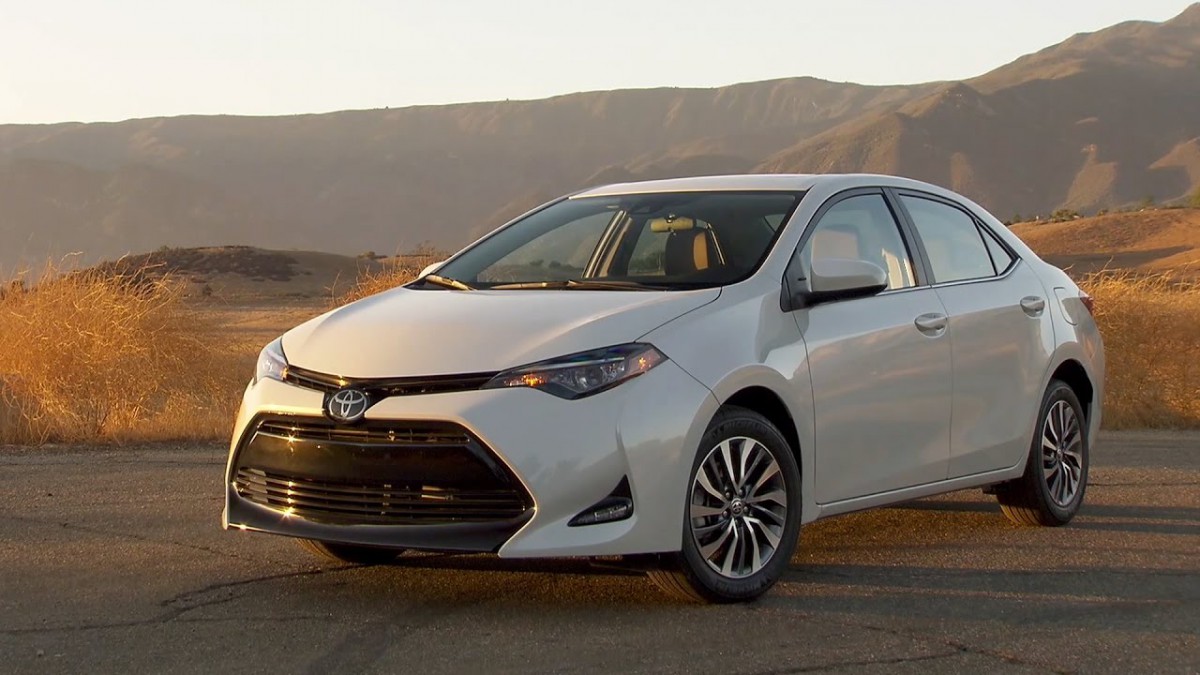 The Toyota Corolla, Toyota’s most successful vehicle, celebrated its 50th birthday in 2016. For Toyota, the last half a century witnessed 11 generations of Toyota Corolla. Here’s a look back at its evolution, and the factors that made the Corolla one of the best vehicles available in the market.

The Birth Of The Corolla

After the creation of the Toyota Corona in 1965, the Toyota Company realised the advantages of producing a hardy, economical motor vehicle. The year 1966 saw the dawn of the Corolla, and by 1968 the vehicle had entered the United States of America.  Anticipating the success of the vehicle, Toyota opened a plant in 1966, in Takaoka, Aichi Prefecture, dedicated solely to the production of Corollas. Two years later, similar plants followed in Australia and Malaysia. The Corolla, unlike Toyota’s past trial-and-error attempts, proved an instant success. Opening up the Corolla to the global market increased Toyota’s global reach and more than doubled its total annual production, from 480,000 cars to 1.1 million within a period of three years. By 1997, the Corolla had become the world’s best-selling nameplate and had reached global sales exceeding 22.65 million units.

1966 saw the dawn of one of the greatest vehicles to have ever been created, the 1st Generation Toyota Corolla. Seamlessly named the Corolla, or the ‘Crown of Flowers’, the vehicle was designed to capture the hearts of all vehicle lovers as well as the general public.

What stood out about the Corolla were its sleek, sporty look and the fact that it was offered in a variety of styles. In that time, Sporty looks were not common for a family car.  Better yet, the Corolla also adopted new technologies—this was a first for a domestically produced, family vehicle, and a first for a vehicle in Japan. The model line-up consisted of three key models: a two-door saloon, a four-door saloon and a two-door estate. Additionally, the Corolla consisted of bucket-type seats, high-ceilings to counter the cramped feeling that came from the compactness of the vehicle, and its floor-mounted shift lever. In only three years, the Corolla positioned itself as the No. 1 leader in domestic sales.

With the hype of the 1st Generation Toyota Corolla coming to an end, Toyota’s engineers and designers faced the challenge of building on the success of the first Corolla. To improve the new model, engineers and designers focused on the flaws of first model. The 1st Generation Corolla was perfect for Japanese roads and suited local tastes, however it was far too small and underpowered for the U.S. market. In 1970, the one millionth Corolla to be built became the second generation Toyota Corolla, and it was marketed as the “all new Corolla.”

The 2nd Generation Corolla’s exterior had moderately curved surfaces and a larger rear leaf suspension unit for comfort and handling. This model had a choice of four body types with the launch of the coupe. The grill was redesigned to add aesthetic value to the car, along with little changes to the bump on the exterior of the vehicle.

In 1974 there was a change in the Toyota company’s management structure when Sasaki-san took over as the Corolla chief engineer for the 3rd Generation model. The new model was more environmentally friendly, fuel-efficient and much safer than the older models. Despite the budget increase and the cost of the vehicle increasing, the Corolla once again became the best selling car of the year, overtaking the Volkswagen Beetle at its launch. Sasaki-san was sure that the quality of the car was so high that customers would spend the additional amount for a vehicle that was better overall. The 3rd Generation Corolla was safer, with three-point retractable seat belts, a padded dashboard top and front disc brakes. The sports model even contained fuel injections.

Without a doubt, the 4th Generation Corolla was even better than the last. With a more sophisticated design, the new model was dispensed with a rugged leaf spring rear suspension to work better with the new coil spring system. As the suspension was larger, the body was built stronger with a boxy, clean-cut exterior. The 4th Generation Corolla was launched in three designs: Sport Coupe, Hatchback, and Liftback.

The development leader of the 5th Generation Corolla, Fumio Agetsuma, wanted the new model to be far more innovative than the older models. Though each model was successful, he believed that the 5th Generation Corolla must incorporate breakthroughs in every area as did the original model. For the first time in the history of the Corolla, the model was engineered with the aid of computers, thus saving time and resources designing the interior and exterior of the car. The new design incorporated a slanted nose and was wedge-shaped. Another first with the 5th Generation Corolla was the fact that it used its front wheels for driving. The latter model, Hachi-Roku, designed for the purpose of racing and rallying, was also an enormous success, popularising drifting and becoming one of the most iconic vehicles in Toyota’s history

The 6th Generation Corolla’s focus was on quality, in terms of both how the car felt and how it would make the owner feel. The new model contained over 2,000 improvements, collaborating with over 100 car-parts manufacturers. The improvements included: better performance, reduced noise and higher quality material over the dashboards and switches. The 6th Generation Corolla was available in four versions, the DX, TX, XL and SE, and it came in 3 body types: the 4-door sedan, 5-door liftback and 3-door hatchback.

The key characteristic that stands out about the 7th Generation Corolla, in Toyota’s own words, is that many of these vehicles can still be seen on the road today—it is still one of the most treasured Corollas in existence. One of the reasons for the success of the 7th Generation is that the company learned a lot about quality when establishing its luxury brand Lexus. Another reason was the depreciation of the yen against the dollar in the 1980s, giving Toyota an advantage on exports. The 7th Generation Corolla grew again in size and was curvier than the other models. This time the Corolla was launched in eight body types, globally.

The uniqueness of the 8th Generation Corolla was owing to its strong considerations for the environment and for economic efficiency. The team responsible for the creation of the 8th Generation Corolla focused on harmonising with society, pursuing economic efficiency, environmental performance and safety. To achieve this the vehicle was made lighter and given top fuel efficiency. To further improve the environmental aspects, the Corolla improved recyclability and achieved cleaned emission.  The changes for the new model carefully considered global environmental pressures and the demand for environmentally-friendly products.

With the dawn of the 21st century, Chief Engineer of the Toyota Corolla, Takeshi Yoshida, took it upon himself to create a vehicle that will break its link to the Corolla models of the past.  The price increase of the Corollas after the 7th Generation would not do with Japan’s economic situation and families’ preference for compact vehicles over traditional body styles. This resulted in Toyota wanting to appeal to the entire market spectrum with the new Corolla. They needed to scrap all the old ideas and start fresh.

Three major areas were taken into consideration: (1) the packaging, style and quality should not be confined to class conventions; (2) handling the vehicle must be enjoyable to all; (3) safety and environmental performance should exceed current standards. Another key difference with the 9th Generation Corolla was that it came in two body styles—saloon and estate. Later arrived the three- and five-door hatchbacks, the MPV and the soft-roader.

In 2006, the Corolla celebrated its 40th anniversary and development leader Soichiro Okudaira decided to introduce a new styling direction with truly global perspective and scale. The performance of the vehicle was benchmarked with the best European cars and the space and simplistic manner of the vehicle to those of North America. The team also followed the five-minute impression rule, stating that customers must readily recognise the improvement of quality of the 10th Generation Corolla.

In 2013, the Toyota designers and engineers looked into customer feedback when developing the 11th Generation Corolla. The customers’ emphasis was on the importance of vehicle design, which included both the interior and exterior of the vehicle.

2013 was the most successful year for the Corolla as it celebrated the title of the ‘world’s best-selling car’. The new model included a brand new look, with  a prestigious exterior design, a strong focus on sensory quality and superior levels of technology and safety equipment.

The Toyota company continues to be the market leader in the passenger car market to-date. Celebrating its 50th Anniversary in 2016, Toyota has released its 50th Anniversary, limited edition model (SE), with only 8,000 cars in the market. The SE will stand as the blueprint for the new model that will be launched in 2017.

The 2017 Corolla will include a newly worked front-end with LED lights, an updated interior and a rearview camera. The vehicle will also have multiple safety features not usually found compact sedans.

By 2016, Toyota had sold over 43 million Corollas through its 11 generations and holds the title as the best selling nameplate of all time.