What fashion means to one person is not the same as what it means to another. This much we’ve realized in 2018, thankfully. Fashion is an extension of the individual; a statement of our personalities and a means of projecting how we want the rest of the world to identify us.

That fashion can have a profound impact on the individual, however, is not an idea promoted by clever advertisers. Scientists refer to this effect as ‘enclothed cognition’, which is defined in the Journal of Experimental Social Psychology as “the co-occurrence of two independent factors — the symbolic meaning of the clothes and the physical experience of wearing them.” Studies have found that how we clothe ourselves immediately affects the way we feel and behave, as well as our mood and self-image. According to Business Insider, clothing also influences how others respond to you. In this way, fashion becomes more than an outward expression of who we already are; it is also a way of looking inward and moving towards who we can be, or want to be. And in doing so, fashion has come to be seen as less frivolous, and more as empowering to the modern consumer. This is the message that #WearYourSuperpower, initiated by FashionMarket.lk, hopes to drive in celebration of International Women’s Day, which falls on 8th March. The ‘superpower’ every woman is encouraged to address here, is a trait, talent or anything, really, that marks her as an individual.

The campaign features women from all walks of life talking about what makes them unique and the role it plays in their style choices. Their personal style may differ vastly one-to-another, but what these women share in common is a strong sense of self and a confident understanding of what fashion means to them. Theirs is a style that is defined by choice, not trends. “The current digital generation relates to a visual culture where it is more important to show rather than to articulate. In this visual wave, the champion of personal representation has become fashion. You are what you wear—if not, why are you wearing it?” says Linda Speldewinde, founder of FashionMarket.lk and the Academy of Design (AOD) International Design Campus, in a recent interview with the DailyFT. As an online retailer, FashionMarket.lk focuses on giving women this choice through a handpicked collection of clothing and accessories that are versatile and timeless. You won’t necessarily find looks that you’ve just seen on the runways of fashion capitals, but you won’t easily find what you buy here anywhere else, either. This is exactly what the platform wants to accomplish; and it does so by working with independent designers who combine a modern, east-meets-west aesthetic with traditional craftsmanship through handwoven and batik collections. It also retails its own label, Urban Drape and Urban Island. By emphasizing uniqueness, it hands over to the customer the power to choose for themselves and create a style of their own. But choice means little when it fails to take into consideration diversity, and FashionMarket.lk understands this. Fashion has been a source of empowerment for women for decades, often mirroring the changes in society, culture, and attitudes. But it has been the privilege of a few till very recently. Globally, the fashion industry has garnered much criticism for ignoring women that don’t fit into conventional beauty standards, or whose fashion choices are also driven by age and personal values as well as geographical, cultural, and religious factors.

Besides ‘Western’ clothing such as dresses and trousers, FashionMarket.lk also retails sarees and abayas that are guided by its contemporary aesthetic, making high-quality fashion more accessible to a larger group of women and setting its own trend, the ‘Sri Lankan saree’. It works well at a time when, especially in Sri Lanka, our notions of femininity and what makes a woman ‘traditional’ or ‘contemporary’ have changed and continue to evolve. Previously, professional attire meant a Western-style skirt or pants with a top for a woman who wished to express her modernity, but now she is free to choose from new interpretations of South Asian fashion. We are also seeing more young women embrace these styles because of their ability to be inclusive of all ages and body types. If a traditional saree was too ‘traditional’ for a woman who loves ethnic clothing but also wants to be seen as fashion-forward at a cocktail party, now she has the option of wearing a saree that allows her to be seen and perceived the way she wants to be. 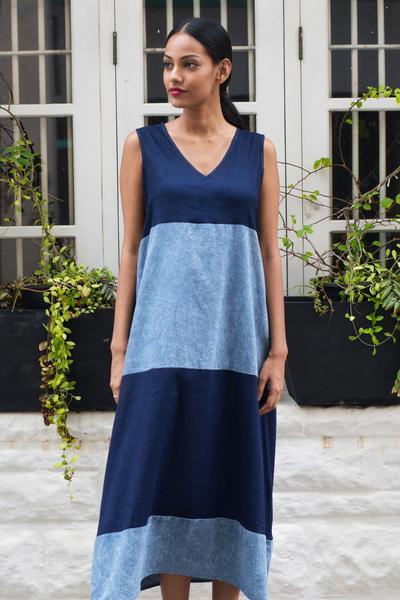 As much as attitudes regarding fashion are taking much needed steps toward becoming more relaxed, there’s still pressure to look and behave a certain way, especially in an era where social media influencers are as significant as magazine editors – with the ability to shift consumer patterns with a few tweets or Instagram Stories. Despite aiming to influence over social media itself, the #WearYourSuperpower campaign encourages women to look away from their newsfeeds, and delve deeper into themselves. It comes at a time where it has never been more important to be dictated not by trends, but by what we believe in – where the most powerful influencer is yourself.

The campaign has already seen women from across the world joining in the conversation. You can see their stories and share your own by using #WearYourSuperpower on Facebook and Instagram.