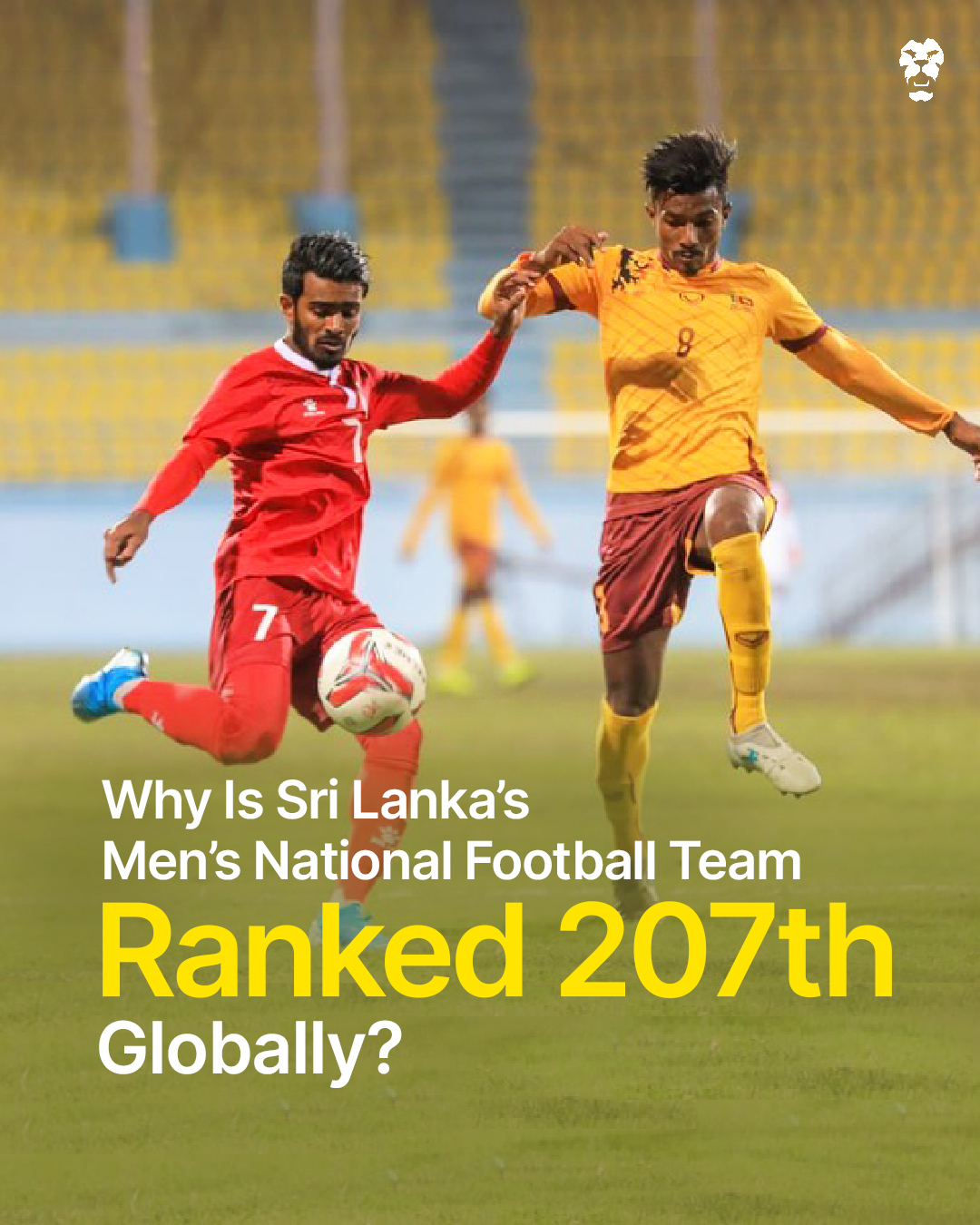 On FIFA’s ranking of a total of 211 national men’s football teams, the Sri Lankan team ranks 207th. In a country where football is arguably the second most popular sport, after cricket, and is played in schools and on streets islandwide, why isn’t our national team more successful?

According to former Sri Lankan football captain and current under-23 squad head coach Mohamed Amanulla, a lot of it has to do with mismanagement and corruption within the Football Federation of Sri  Lanka (FFSL). The FFSL has been accused of mismanaging funds and failing to follow instructions provided by FIFA, the Asian Football Confederation (AFC) and the Ministry of Sports. Along with Amanulla, former FFSL presidents Anura de Silva and Ranjith Rodrigo have also publicly held the administration responsible for bringing Sri Lankan football to such a low standard globally and regionally.

At a press conference in September, Amanulla said, “We have been forced to come out in public because the misdeeds keep on continuing. If they were transparent and if they were passionate about the sport, Sri Lanka would not have to suffer humiliatingly in recent tournaments and our global ranking should not be 207.”

He also said that the team had no fixed training schedule due to a lack of trainers, and did not have a permanent ground in good condition on which to practice. “We used to play at least 40 matches per year, but now not even 10 matches are played,” he said. “Players do not have boots either. They do not even get LKR 1,000 per day when they are out in the field.”

He continued, “There must be a concrete change in the system and [they must] conduct tournaments regularly throughout the year. If our heads at FFSL do not put the system on the correct  path, they must give way to someone who will bring football back to our past glory.”
Meanwhile, the FFSL is to face elections imposed by the courts next month, following repeated infighting and accusations against the administration. The election was pushed to December despite being initially scheduled to happen in October, amid allegations that the postponement was made to allow current FFSL officials to attend the ongoing FIFA World Cup.