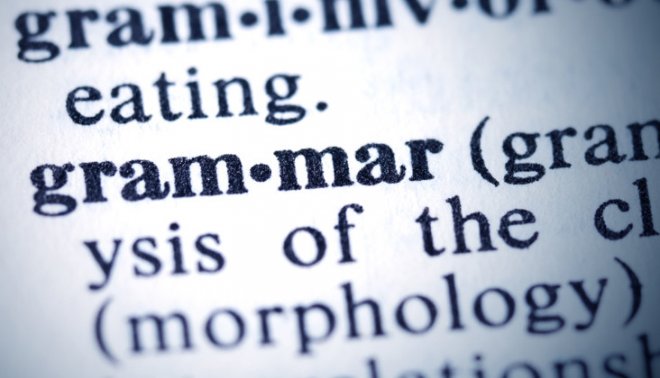 After scrutinising Facebook status updates, tweets and paying attention to what our friends say, we have compiled a list of common grammar and language mistakes even fluent Sri Lankan English speakers make. They include the typical mistakes (the ones you know are wrong but tend to use anyway) such as ‘off/on the light’, and possibly lesser known ones such as ‘you and me’ being grammatically valid in some instances.

As we say here, have a look and see, you may find a phrase or two that you have been using incorrectly.

Return back/ revert back to: Say you switched to coffee after drinking tea all your life, but you find you prefer tea. You will then revert to tea. If you ‘revert back to tea’, it’s like saying you go ‘back back to tea’. Revertmeans to return to something earlier or to go back, it’s often used wrongly in combination. Same goes for return.

First of all, second of all, third of all, etc: In common usage, ‘first of all’ seems to be the only one that is generally accepted. If making multiple points, “first of all” is usually followed by ‘second’ or ‘secondly’, then ‘third’ or ‘thirdly’, and so on.

On/off the light: Well, switching on or off anything really. It’s grammatically incorrect. On or off should be preceded by switch or turn, depending on whether the electrical appliance is dial or switch.

If you don’t believe us, listen to Nelly Furtado!

Past and present tense of on/off: Yes, it doesn’t end at simply on or off the light. There are times when we take it a step further, changing the tense. Ever heard someone say, on-ing/off-ing the light? Or On-ed and off-ed the light?

Fully: When expressing an extreme or absolute we like saying ‘fully’, like ‘fully worth it’, and ‘full sure’.

Getting down from: When you want to alight a vehicle, most of us say ‘getting down’. Ever caught yourself saying “I’ll get down at the next bus stop”? Not meaning that you’re going to bust out some slick dance moves at the bus stop, but with regard to alighting a bus.

Today morning/yesterday night: This is preferred to ‘this morning’ and ‘last night’

Couple meaning more than two: Not exactly a grammar mistake; more of an incorrect usage of the word. A couple is a pair. So it means two, no more, no less. But this is more of a fixed rule in British English. In American English a couple mostly means two but you won’t have grammar Nazis starring you down if you use couple to mean a few.

Plan ahead: Saying that the new regime didn’t ‘plan ahead’ when they announced their 100 Day Work Programme would be incorrect. To plan is to prepare for the future so ‘ahead’ is unnecessary. You don’t plan once the situation that required planning is upon you— though this might be the case with the 100 Day Work Programme.

Repeat an adjective for emphasis: Again, not really a grammar error. But this repetitive manner of speaking has been adopted from the Sinhala language. For example, ‘paata-paata’, coloured coloured. ‘Colourful’ is sufficient. There’s also ‘different different [thing at the shop], dotted dotted.

Loose and lose: When you unbuckle your belt after a heavy meal of biriyani, you make your trousers ‘loose’ (and your tummy happy). The dogs were running ‘loose’ in the Baha Men song ‘Who let the dogs out.’ Lose is to misplace something. ‘Lose’ is also what happens when Angelo Mathews loses the toss and Sri Lanka ends up bowling first.

And with this knowledge, you can arm yourself against the grammar Nazi! Alternatively, you can tell the grammar Nazi to ‘go to hell’ as we say here – fondly at times too, and embrace our Sri Lankan English. After all, language tends to evolve so we can make the Queen’s language our own! But in the meantime, if you know of any other common grammar mistakes we Sri Lankans make feel free to share your thoughts in the comments.