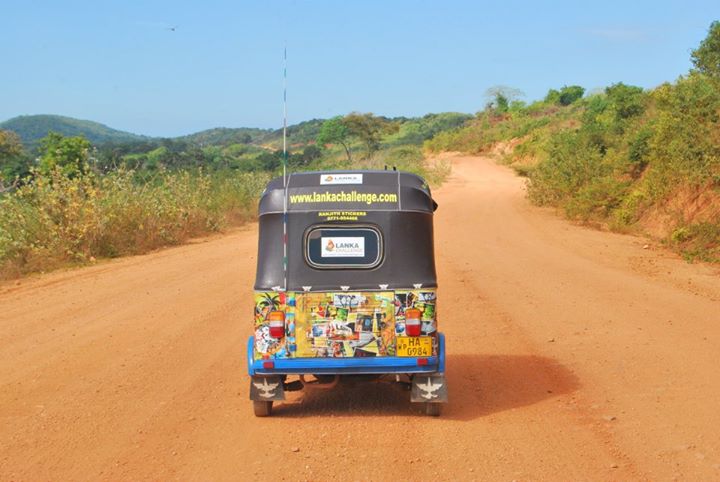 The ‘Lanka Challenge,’ organised by LARGE Minority, took place for its 6th year and it was an adventure and a half! LARGE Minority is a tour operator that is based on creating experiences and responsible travel around Sri Lanka, Colombia and Cambodia. The Lanka Challenge was a thrilling adventure of driving a Tuk Tuk around Sri Lanka while intermittently completing tasks. The journey, which began on the 5th of September, ended on the 14th of September after travelling a monumental 1500kms in Tuk Tuks. Not an easy task to drive such a long, tiring journey in a country where you could easily fry an egg on top of the Tuk Tuk, but the determined participants with the help of the LARGE Minority crew made it back to the finish line in one piece.

The Lanka Challenge was not based on speed and was very clear on it not being a race. The whole concept revolved around completing as many ‘challenges’ as they could. Each location and each destination had a set of challenges that had to be completed with the help of a road map book and a daily navigational sheet; no GPS’s allowed! Even though time was not of the essence, some challenges did have time frames. However, to win, all they had to do was complete the given challenges.  To the team that had the highest score at the end of each leg, they obtained the honour of bragging rights until the next win.

The challenges could vary from adventure, culture, ecology, and often included the local community, which enhanced the participants to have a more personal connection with the country they were discovering. These were supposed to test whether you had got what it takes, if you could tolerate the mosquitos and learn how to set up a tent and whether you are the type to stop and ask for directions if the map you had is appearing to have roads that doesn’t exist.

The Challenge kicked off before the actual starting day with a day reserved only for learning how to drive a Tuk Tuk. The 15 teams consisting of 45 people came together with their colourful clothing, uniquely decorated Tuk Tuks and melting pot of backgrounds from all over the world; this was definitely an adventure of a lifetime which took them deep into the heart of the island.

1. Learning to change a tyre in case… you know… a flat tyre *ahem*

7. Look at all the bright and colourful Tuk Tuks, just look at them

8. The challenges were as Sri Lankan as they could get

Wear a Sarong and Wiggle Your Head Challenge

9. The biggest challenge: Make a difference!

10. Sleeping under the stars to sleeping like a star

11. The teams that were totally Sri Lankan-ised – The Winners!

12. What’s a challenge without some complete acts of clowning!

13. And finally, the awesome team that organised all of this!