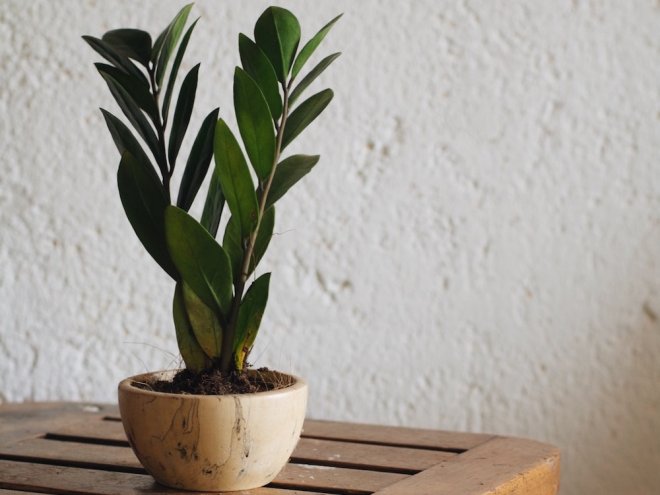 Bring The Outdoors In: Seven Forgiving Houseplants (That Are Not Cacti)

For all Francis Bacon’s proclaiming that gardening is “the purest of human pleasures”, it isn’t always the easiest activity to engage in it. Time is more limited, and living spaces smaller, than a couple of hundred centuries ago – and even then, not everyone has a green thumb.

But fear not, not every plant requires meticulous care, and the easiest plants to look after are ones that thrive indoors.

So here are seven tried and tested houseplants built for surviving first-time plant parents, seasoned plant killers, and rookies trapped in a cactus rut looking to – forgive the terrible pun – branch out.

The aloe was favourite with both Cleopatra and Alexander the Great. Image credit: wearefound.com

Hardy and forgiving, this evergreen succulent was probably a fixture in your grandmother’s garden – and for good reason.

The plant’s medicinal properties have been made use of, for centuries, to sooth dry skin, treat minor burns, and reduce skin irritation, but its benefits go further than just skin deep – a study conducted by NASA found that aloe vera filters the toxins benzene and formaldehyde from the atmosphere, making it a natural air purifier.

The plant’s structural beauty and ease of maintenance has made it one of the most popular houseplants in the world. It even has the endorsement of Cleopatra, who is said to have used the plant in her beauty regimen, and Alexander the Great, who, on Aristotle’s advice, conquered an island off the coast of Africa to secure supplies of the plant, which he used to treat his soldiers’ wounds.

There are countless varieties of pothos. Image credit: The Sill

Variously referred to as taro vine, hunter’s robe, and devil’s ivy, there are several varieties of pothos, among which the marble queen, jade, neon, and golden pothos are a few.

The trailing plant, apart from being aesthetically pleasing on account of its heart-shaped leaves and varying shades of green, is a favourite among horticulturists for its resilience – so much so, that the plant was even awarded the British Royal Horticultural Society’s Award of Garden Merit. Pothos thrives in a variety of mediums and light conditions. It grows in both soil and water, and in well and badly lit environments.

NASA’s Clean Air Study found that pothos filters not only the toxins benzene and formaldehyde, but also the toxins xylene and toluene, from the atmosphere, making it a great plant to have indoors.

The snake plant’s toxicity levels are significantly lower than most other houseplants. Image Credit: The Sill

Commonly called – and we don’t know which is more fear-inducing – the snake plant and the mother-in-law’s tongue, sanseivieria trifasciata is a tropical succulent, whose upright leaves make it a stunning sculptural addition to any home.

Yet another plant that was part of NASA’s study of air-filtering plants, the snake plant was found to rid the atmosphere of a stunning five toxins, namely benzene, formaldehyde, trichloroethylene, xylene, and toluene.

The plant’s natural adaptations for surviving droughts in its native Africa means that it is well-equipped to survive even the most forgetful owner. Its ability to endure both low and artificial lighting, as well as its low toxicity level, makes it the ideal houseplant.

Care: Place in bright to low indirect light. Water every one to two weeks, allowing soil to dry out completely between waterings.

The peace lily is named for its flower, which looks a little like a white flag of surrender. Image credit: scrubbygreen.com

The peace lily, despite what its name suggests, is not a true lily, but a member of the Araceae family of flowering plants, which includes the anthurium with which most of us are more familiar.

The peace lily is named for its flower, which resembles a white flag of surrender, but its lush, deep green foliage ensures that it is equally attractive when it is not in bloom.

The same NASA air study that revealed the air purifying capabilities of some of the other plants on this list did the same for the peace lily, which was found to rid the air of every single toxin against which it was tested – namely, the toxins benzene, formaldehyde, trichloroethylene, xylene, toluene, and ammonia.

Capable of thriving in a range of lighting conditions, the peace lily is so considerate that it lets you know when it needs watering – look for the telltale droop.

Care: Place in bright to low indirect light. Water when soil is dry.

Even the most seasoned plant killer will have troubling offing this one! Image credit: Roar.lk/Minaali Haputantri

Brown thumbs rejoice, the ZZ plant – also, and quite aptly, named the eternity plant – is almost impossible to kill. Being a tropical plant native to eastern Africa, its makeup is such that it can tolerate a wide range of lighting conditions, and go for long periods without water.

While the ZZ plant was too late an arrival in the houseplant scene to make it into the NASA study (it was only in 1996, following the wide-scale commercial propagation of the species by Dutch nurseries, that the plant became widely available outside its native regions), a similar study conducted by the Department of Plant and Environmental Science of the University of Copenhagen revealed its effectiveness in filtering the toxins benzene, toluene, ethylbenzene and xylene from the atmosphere.

Its dark green leaves, combined with the perfect symmetry in which they grow, make the ZZ plant an attractive addition to any room.

Care: Place in bright to low indirect light. Water when soil is dry.

The jade plant is one of the easiest plants to make into a bonsai. Image credit: joyousgarden.com

Short on luck, money, or friendship? There’s a plant for that. The jade plant – also called the friendship tree, lucky plant, or money tree – is an evergreen succulent whose plump, emerald leaves symbolise vitality, fortune, and prosperity in the Chinese art of Feng Shui.

Durable and capable of surviving long periods between waterings, jade plants produce dainty pink or white flowers when mature and well looked after.

The jade plant is the ideal starter plant for those looking to get into bonsai, as the plant is not only resilient and attractive, but also comparatively easy to put through the bonsai process.

Care: Place in moderate to bright light, and water when the soil appears dry.

The ability to survive in the air as opposed to a potting medium, coupled with their muted colours and delicate composition, lend air plants the whimsical appearance of something straight out of a fairytale.

Air plants – which are rootless, and absorb the majority of the nutrients and moisture necessary for their survival through their porous leaves – are self-sufficient, requiring only good air circulation, and the occasional soak in a bath of water, to keep them healthy and hydrated. The rootless nature of these plants opens up an array of possibilities in terms of design, making it increasingly popular amongst interior designers.

Though beautiful as they are, every single species of tillandsia, of which there are over five hundred and fifty, flowers, but does so just once in their lifetime.

Care: Place in bright, indirect light. Soak in a bath of water for 20 – 30 minutes weekly, and shake off any excess water when done.

As you may have deciphered by now, not every plant requires meticulous care, and not every durable houseplant is as unsightly as it is easy, so use us for inspiration – Roar HQ is currently home to a number of plants that are hanging on despite little to no care – and bring the outdoors in.

Note: The care recommendations provided in this article are mere approximations, and that the frequency of watering will need to be adjusted according to environmental factors.

All of these plants are available at Diyatha Uyana, Battaramulla, every Friday, Saturday, and Sunday – pay a visit on a Saturday for the widest variety.