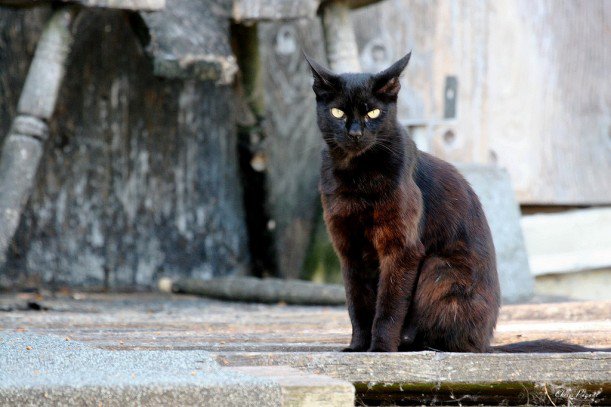 There is no denying that Sri Lankans are a superstitious bunch. Over here, we live our lives in constant consultation with a medley of elements from geckos and black cats, to fortune tellers and the stars. We have often been told to avoid certain things, like stepping over inconspicuous lime halves that lie innocently on the road (in case you contact a curse meant for someone else. Or possibly for yourself ‒ you can never tell), or flaunting something nice (which might incur evil eyes), or laughing too much (a sure guarantee that you will be crying the next day). We’ve got ghosts who can raise the hair on the back of your neck, god-men who play poor hapless villagers for suckers, and a former president whose entire election plan revolved around the predictions of his astrologer. Here are a few examples of crazy, baffling, amusing and not-so-amusing superstitions that thrive on our island.

Black cats and the number 13 seem quite boring when you compare them to our exotic local ill omens! Image credit articlecats.com

Shakespeare had obviously not got the foggiest idea what he was talking about when he said that it is not the stars that hold our destiny but ourselves, because over here in Sri Lanka, the stars rule. They decide who we marry and when we marry, when we travel or start a new venture, when we hold a ceremony, light the cooking fire, eat, and even take a bath. In fact, our destinies lie wholly and completely in the mighty power of the stars and their alignment with the planets.

The stars have a say in every sphere of life, from politics, business, and travel, to government issues, marriages and family life. Image credit the-open-mind.com

Astrology is the study of how celestial bodies like stars and planets have a direct influence on human lives. Horoscopes are drawn up based on the date and time of a person’s birth to explain certain aspects of character and to predict future events, while auspicious times are predicted according to the alignment and positions of celestial bodies. In Sri Lanka, astrology is a pivotal deciding factor for nearly every sphere of life, from trivial things like meals, clothes, and baths to more serious ones like marriages, ceremonies, cricket matches, house plans, oath-taking ceremonies ‒ and even presidential elections (we’re not likely to ever forget that one).

Who needs stuff like Bloody Mary when we’ve got our very own creepsville queens like Mohini? When it comes to ghosts, Mohini rules the roost on our shores. One of Sri Lanka’s most popular, feared spooks, she is usually depicted as a beautiful white-clad woman carrying a child in her arms, often appearing to hapless males near a cemetery or on lonely roads ‒ in the dead of  night of course. Legend has it that she would beg the victim to carry her child for a while. If the man complies with her request… well, we aren’t really sure what happens at this juncture, but it usually ends up with him either losing his mind or dying of fright.

The moral of this legend: if you ever see a beautiful, distressed woman with a child in the middle of the night, do NOT stop to help. Just run for your life!

The Evil Eye (as waha)

Let’s imagine that you’ve got a lofty pomegranate tree in full bloom. Your neighbour catches sight of it and gushes about how beautifully it is flourishing (“Shaa…just look at your tree! So beautiful, no? Full of flowers!”). The very next day, all the blossoms begin to drop, and by the end of the week, your tree is barren. You mutter darkly about your neighbour’s big fat mouth, and think that maybe there is something to this evil eye business after all.

Belief in the evil eye, or as waha as it is known in Sinhala, is why children are advised not to show off something great they have, and why people are often reluctant to openly make a display of good luck. This is not just confined to those of the old school either; even now, many people are disinclined to, for instance, post pictures of their babies on social networking sites like Facebook, just in case the whole evil eye business really does come into play! All it takes for this phenomenon to occur is a casual remark or a cursory admiring glance. It doesn’t matter what the praise is aimed at: it could be your health, a marriage, a beautiful house, a tree, a relationship, or even a pet. Many people are strongly convinced that there are certain individuals who simply can’t help admiring something without inadvertently ruining the thing completely.

Belief in the evil eye and the evil word are pretty firmly rooted in Sri Lankan society. There even exists the concept of evil thought (ho waha), but that is slightly less common than the other two. Certain people, especially those who have dark spots on their tongues, are believed to have the ability to bring about misfortune to those people they curse or damn. Think of it like this ‒ if they tell you, in a fit of anger, to go crash and die, then it is very likely that something of the sort can actually happen to you. Plain freaky, isn’t it?

The cry of the Ulama, or devil bird of Ceylon, is believed to be one of the most potent death omens/ Image credits: YouTube

Forget fortune-tellers, our furred and feathered friends are perfectly capable of making predictions for us. Not only are they friendlier, easily accessible, and less likely to kill you with some crazy hoodoo ritual, but they are completely free too!

The cry of the ulama, the howling of a dog, hooting owls, and caterwauling cats are just a few of the sure signs of impending doom you should look out for (come to think of it, Sri Lankans seem to be pretty fond of associating animals with death omens, don’t they?) Black dogs are said to be the vehicles of Maha Sona (a popular local demon with the head of a bear and a nasty habit of slapping you senseless), a single magpie predicts sorrow, a gecko’s cry heralds a warning, a woodpecker’s call indicates misfortune of some sort, and of course, crossing paths with a black cat augurs a bout of bad luck. On the lighter side of things, a white cobra in a house is generally believed to be a deceased relative watching over the household, a cawing crow predicts visitors, and a pair of magpies, like the children’s rhyme goes, signifies joy.

Unfortunately, the arts of cursing (hooniyan) and black magic are still pretty firmly embedded in our culture. This mostly thrives in villages and rural areas, but you can come across it plenty of times around towns as well. Basically, curses come into play where there are strong undercurrents of jealousy, anger, or enmity involving people who lack any sense of justice or compromise. In their mindsets there exists a simple train of thought: if someone wrongs you, just pay a secret visit to a kattadiya (more on that coming up) in the dead of the night and get a bunch of charmed bananas (which you should get your enemy to eat) or bury a cursed object in front of their house (to plunge the household into suffering) or direct the kattadiya to send a bunch of angry spirits to terrorise the victim in whatever intended way. It does not sound very nice, but regrettably, this practice doesn’t seem to show any tendency of going out of fashion any time soon.

A devil dancer with a demon mask. These masks are often used to portray various popular demons and other deities from Sri Lankan folklore Image credits: Wikimedia.org

Sri Lanka has been a pretty popular haunt for a medley of demons and devils for time out of mind. Young village girls are advised not to fry food at night because it can invite demonic possession. Maha Sona, the popular bear-headed demon, appears as a black dog to hapless victims, leaving behind an imprint of his hand on their skin where he has clocked them one. The Kalu Kumaraya, or Black Prince, is said to prowl around at night looking for young girls to possess or victimise. Cemeteries, tamarind trees, goraka trees, billing trees, forests, streams, and for some strange reason, three-way junctions, all serve as favourite demon hang-out spots.

A healing ritual with a kattadiya Image credits: youtube.com

If someone suffers from, say, epileptic fits, the correct thing to do would be to visit the doctor, right? Well, that’s what we would do, but in many corners of the Sri Lankan community, people are far more likely to run for help to the village kattadiya rather than the hospital.

A kattadiya is believed to be more than just a witch doctor; he is an exorcist, the mediator between the world of humans and devils, and to some, the answer to nearly every problem. Even at this day and age, with science and technology developing at a nearly alarming pace, people from rural areas still tend to turn to the local witch doctor for help in practically everything. There is no doubt that all their elaborate devil-dances and ceremonies make Sri Lanka a rich and interesting cultural hub, but unfortunately, these charlatans seem to do nothing but exploit the ignorance and superstitious fears of hapless people who don’t know any better. Various intricate thovil ceremonies and services are costly ventures, and the kattadiyas usually enjoy a flourishing business while steadily draining their clients of money.

This trade may seem like a relatively harmless one, but in reality, there exists a much darker side to it. There have been many incidents involving exorcists which have had drastic and even fatal results. Take for instance the episode where a family consulted a kattadiya to help their mentally ill daughter and solve their family problems ‒ which resulted in two of their members dying after consuming the witch-doctor’s potions. Or the different incidents where victims have been burnt, beaten, poisoned, assaulted, and even killed in various crazy attempts to exorcise demons or evil spirits.

In spite of the spate of deaths and mutilations, sorcery still flourishes, and we seem to be miles away from any possibility of removing harmful black magic from our culture.

No doubt there are plenty of fascinating ghosts and superstitions all over the world; in fact, Sri Lanka does have its fair share of typical poltergeists, spooks, and conventional superstitions, but we like to believe that none of them quite measure up to the locally-flavoured ones. We’d pick good old Mohini over the Headless Horseman any day!