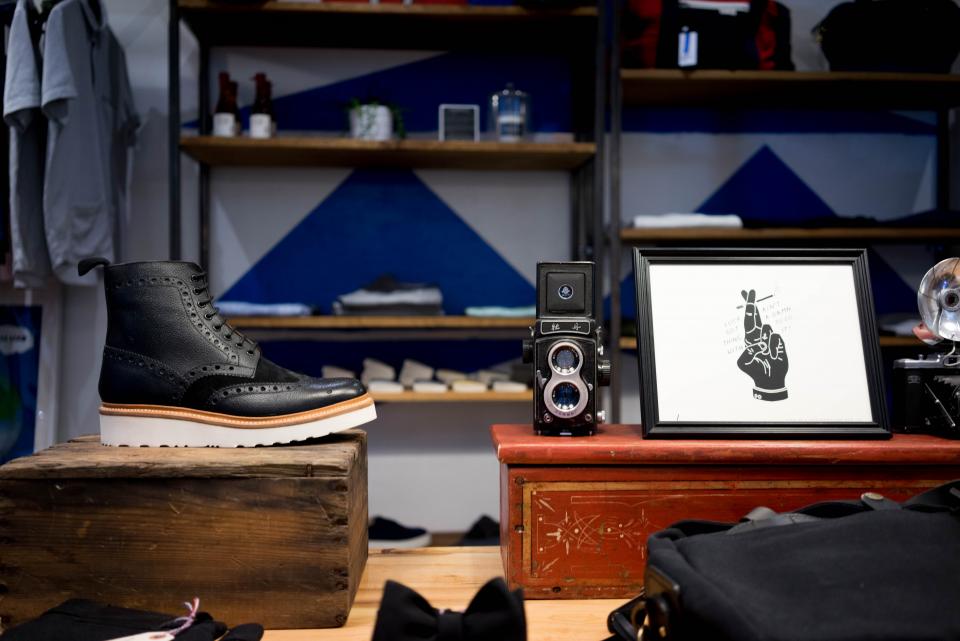 Every spring for several years, Christina, 41,  would go through her belongings and carefully separate in neat piles the things she wanted to get rid of. “Then I would sell the items that were in good condition for a nominal fee and buy new items I really needed with the money I made,” she said. Living in Australia, ‘decluttering’ in this manner was the norm. But when she moved back to Sri Lanka in 2012, Christina realised she had far fewer options.

In Sri Lanka, used goods of high quality are usually sold at auctions such as those at Schokman and Samarawickrema, or through ‘going away sales’ when the owner is migrating overseas and selling all his / her belongings in a hurry at a reasonable price. But seasonal sales of unwanted, used household items were not common until recently. Christina could have advertised in the newspapers, but the thought did not appeal to her as she was not comfortable with sharing her personal information publicly. Since the goal was to earn a small return from what she was selling, donating the items to a charity or using a Facebook group, which required a fee for posting or a commission from the sale, also made little sense.

This was when, on a whim, she decided to create the Facebook group ‘Pre Loved Items For Sale’, with the help of her partner Ramesh, in August 2017. “Within a matter of three hours, we had 150 members,” she said. The group, which now has just under 11,000 members, was initially made up of mums like herself, selling items their kids had outgrown. But now, the group facilitates the sale of not just used items, but also new and antique items, as well as motor vehicles and electronics.

At first, the group only made a limited number of transactions, not exceeding 20-30 sales a day, and Christina observed that the slow pace had something to do with the stigma attached to buying and selling used items. “We had people who initially didn’t want to sell using their own profiles, as their sister or cousin was on the group,” she said. But over time, Christina has noticed a slow but definite change in this trend. “Those same people are now happily doing their own posting and sales, having realised they are actually helping someone who can benefit from it,” she said. The group now sells hundreds of items weekly.

“There is no shame in selling used items,” she reiterated. “ Certain things, like baby items—cots, prams, furniture and even toys—are so expensive. Kids clothes also go through a short life cycle, so many parents are grateful [that] they have the option of selling carefully used items. There are also lots of expatriates on the group willing to sell their belongings for very low prices when leaving the country, and this is also a definite bonus for buyers,” she said.

Reselling furniture left behind by expats was the motivation for Michael Moonesinghe, 58, to create the Facebook group ‘ExPats Furniture Service Sri Lanka’, in 2014. An expat colleague leaving the country needed his furniture sold, and Moonesinghe obliged. “Suddenly, several other people were asking me to also help sell their unwanted items,” he said, recounting how the page’s membership grew from 20 to a thousand within a matter of weeks. “We now have 63,500+ members and still receive 50+ applications daily,” he said.

The group grew quickly from selling quality used furniture to selling “pretty much anything and everything”. The most unusual of these sales? “We have even sold not one, but two grave plots!” said Moonesinghe, adding that the group has also helped fledgeling home-based businesses such as ‘Curries’,, which provides homemade rice and curry,  and ZOTO Online, an online shopping service, get off the ground. “At our last Community Fair, two ladies came up to me to say thank you – one for being able to pay her children’s school fees herself and the other for helping her regain her self-pride! It makes all the hard work worthwhile,” he said.

The group has today evolved into a community of people not just buying and selling a variety of items, but also posting inquiries, providing advice, and helping others find products and services at reasonable prices. “Many people consider the group as useful as Google or Craigslist, as their queries get answered in real time by other people,” said Moonesinghe. That is partially why he renamed the group ‘The EPFS Community’, to reflect its current, wider use.

The power and reach of this burgeoning community became apparent at a critical time for the country. “The UN asked us last year and the year before to use the platform for getting emergency messages out quickly, as we can reach about 20 times more people on social media in an instant than even the Disaster Management Centre can!” said Moonesinghe. The group has also initiated programmes like ‘FreeCycle’, where items are given away to each other for free. “This sort of recycling reduces waste in landfills and helps others out in the process,” Moonesinghe said.

The group also makes an impact through its commitment to charity. Members are expected to donate 10% of the price of an item sold to a wide range of local charities and worthy causes. Companies marketing products or services are also asked to make a small (between Rs 2, 000-Rs 5,000 per month) contribution to the group’s charity fund. “To date, we have donated over Rs 21 million to over 35 different groups,” said Moonesinghe.

For 26-year-old Ranaka Alwis, ‘Colombo Market Hub’ was an online space to help people find household furniture, appliances and many other items for a reasonable price. “But that is not all,” he told Roar Media, “ I believe it’s important to encourage the community to preserve our natural resources by encouraging recycling through reuse.” The group, established in June 2018, first started as a buying and selling service, but soon evolved to its current status as a hub for new business ideas, a forum where economics can be discussed and success stories shared for inspiration.

“As we know,  buying and selling used items is a common occurrence in many parts of the world.  But in countries like Sri Lanka, there are sometimes cultural repercussions to this that discourage people from engaging, even if they want to. This is where we came in, and  I’m so excited that this platform has become more popular and successful than I expected,” said Alwis. “We grew rapidly from three members to 1.5k members within three months.”

While each of these groups has evolved to allow the sale of new, antique and other miscellaneous items, Nalika Unantenne, 39,  has stayed focused on managing a platform solely for used items. She created, her Facebook group ‘Preloved Baby Goods Sri Lanka’ in 2017. “I first explored the idea of selling my preloved clothes and shoes on eBay while I was in Melbourne,” she said, “and was surprised at how quickly they went, while I earned handy pocket money in the process.”

Unantenne experimented further after she became a mum, based in Singapore in the years 2011 to 2016. “It was a great way to get rid of baby items and clothes—both mine and those my child had outgrown—knowing that someone else was benefiting from them, and also getting some money back in return,” she said. “Maternity and baby items are NOT cheap! It is also a good thing from an environmental point of view, because it promotes recycling and therefore prevents items from ending up in a landfill.”

Unantenne has been surprised by the popularity of the group. “  Mums really seem to love the idea of passing on their gently used baby items to another parent,” she said.

“There is definitely a new ‘thrift culture’ emerging in Sri Lanka,” she said, “and it’s great! Not only is it a good way of earning some extra income while seeing your items put to good use, but you also avoid throwing them or away – or worse, just hoarding them like a typical Sri Lankan aunty,” she said with a laugh.