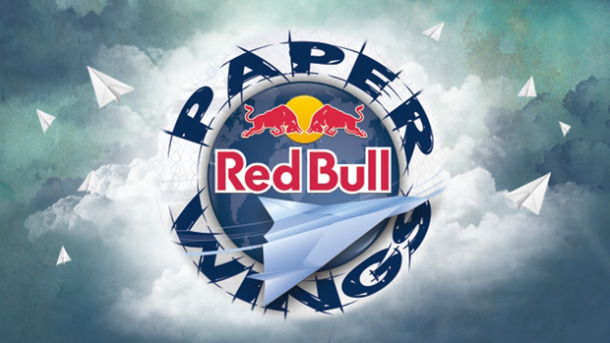 Red Bull Paper Wings – Give Wings to Your Paper

Attention all engineers, creatives and anyone who had an awesome childhood!

Remember the paper planes and the boats you made as a kid to see which could fly the furthest or stay afloat without tipping on its side? What if we were to tell you those endless hours you spent making paper planes are about to take you on a journey around the world?

Starting on the 25th of February until the 1st of March, Red Bull Paper Wings is going to test your paper folding skills. An event, that is created to take the Red Bull challenges to new levels of stupefying, will revolve around simply folding a piece of paper to be the best ‘aircraft’ you could possibly create. All you need to do is turn up, fold up a paper to create the sleekest paper plane and throw it as calculated as you can.

The Red Bull Paper Wings has soared high and far in the world for four successful occasions and for the first time, Sri Lanka is joining in! The previous event saw over 37,000 participants from 83 countries and was held at Hanger 7 in Austria, home to the famous Flying Bulls. This is where Red Bull will be taking you if you get through the qualifiers in Sri Lanka.

The qualifying rounds are broken into three parts; longest airtime, furthest distance and the creativity of your aerobatics. If your creation is nifty enough to win the national round in any of the top spots in those categories, you will be one of the titled three who will be flown for the final round to Austria on the 7th of May to participate in the global arena.

The National Finals will be on the 15th of March, date and time to be announced.

Imagine the glory, the fame and the respect of being the best creator of a paper plane. Think about the stories you would tell your grandchildren and how your name would go down in the history books. Picture your house with a framed paper plane hanging on the wall for all to admire.

Each three categories have different rules and prerequisites, and to find more and to log on to their website. You can even pre-register for the events (or just turn up on the day!). Red Bull will provide you with air-locked space and amazing paper (we presume they have wild flexibility) to bring your genius to flight.

Even if you don’t win, think of all the Red Bull you can get!

Until then, it won’t hurt to look at some of the competition. Get on Google, get some old books and let the recycling begin. Practice until you perfect the aerodynamics of the perfect paper plane. The 2012 records show the longest airtime being 10.68 seconds and flying a distance of 50. 37 metres. This should give you an idea to make sure your plane beats all the other planes in the playground. Don’t forget the category of aerobatics. Bring your own paper or the readymade paper plane (as long as it’s not battery operated!) and even get dressed up for the occasion.

Troublemakers, this is your time to shine! All those hours you spent sending paper planes from the back of the class, bring back the memories! Engineers, students, office people, countrymen, Romans and everyone else, start folding those papers now. Who knows? You might actually design a spaceship or a fighter jet while you are at it.

Get ready for the record books

Get inspired by these world class paper folders who are going to give you a run for your money… figuratively.