Since time immemorial, Sri Lanka has been intrinsically associated with gems. The island has regularly been referred to as the “Jewel of the Indian Ocean”, while Ratnapura literally means “City of Gems” (in Sinhala රත්නපුර and Tamil இரத்தினபுரி). It is estimated that approximately 25% of Sri Lanka’s total land mass is potentially gem-bearing, making the country a world leader in terms of gem-density.

In downtown Ratnapura, the lucrative gem trade comes alive every morning on the streets around the clock tower. Scores of merchants dressed in traditional white sarongs debate and deliberate over the quality of the precious stones that have arrived that day from the nearby mines. Modern tools are used and science is employed, but the romance is never lost: these men are engaged in a daily game of chance for that one Blue Giant of the Orient. The patron of this pink sapphire was very keen to point the “star” quality of this seductive gem. A star sapphire exhibits a star-like characteristic known as an asterism (Latin for star). Shimmering across the surface of the stone, the six-rayed star is best viewed under a direct light source, while tilting and rotating the stone from different angles. The morning is a steady stream of merchants assessing and evaluating the new stones around the old clock tower. The ensuing auction is a silent one. Every participating buyer fills out a “chit” with his—there were no female gem merchants present—name and price. Each individual chit is confidentiality submitted so the auction is not predetermined. That is, everyone has an equal chance of winning: the highest bid wins. 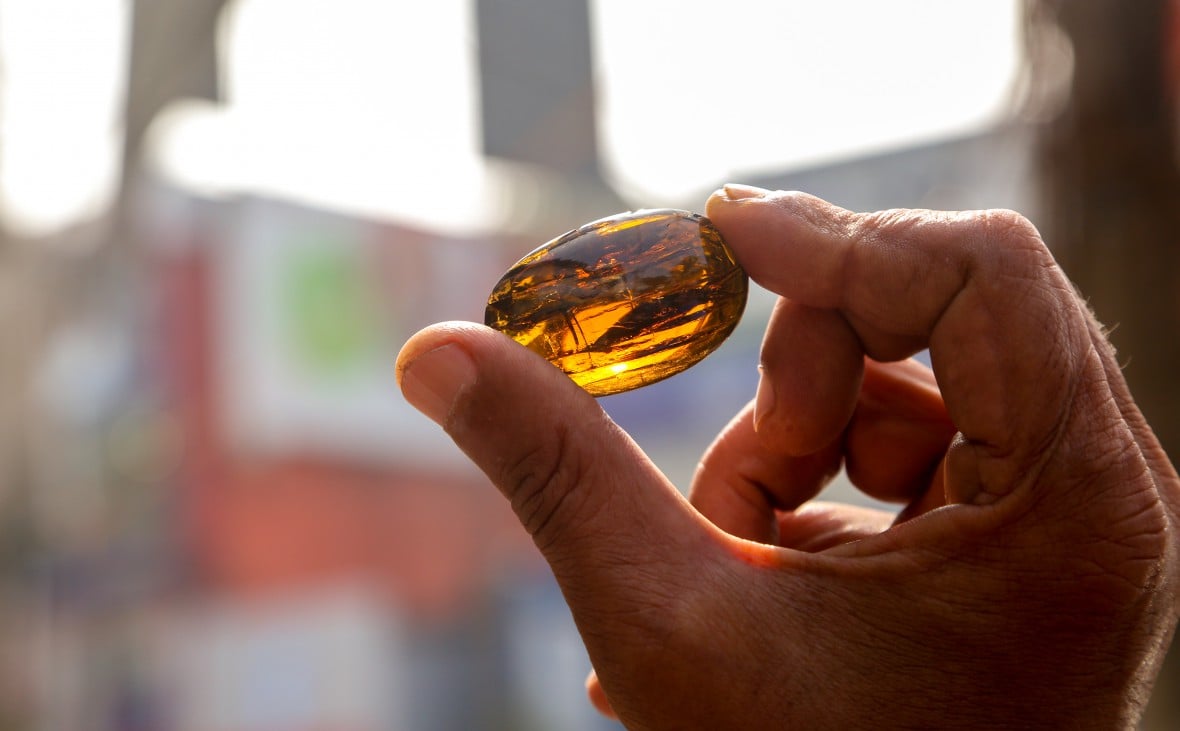 For gem merchant Kasun, inclusions are one of the most important factors in gemology. An inclusion is any “flaw” locked within the structure of the stone. Inclusions are often other minerals or rocks, but they can also be liquid and gas/vapour.
Inclusions do not only mean imperfections in the literal sense. Rather, inclusions help define a gem and can increase its value. For example, blue topaz and aquamarine look near identical to the untrained eye, but it is only the science within—the inclusions—that would identify the latter as a precious stone and the former as comparatively worthless. Measuring in carats is system preferable to grams. One carat is equal to 200 milligrams (therefore 5 carats is 1 gram), which allows for the evaluation and trade of extremely small stone specimens. The classic car of Ratnapura: The Mitsubishi Lancer “Box Type” (1983 Model) is the quintessential gem merchant car of choice. Ubiquitous in Ratnapura since the gem-boom of the mid-1980s, the “box” shape allows more light inside, allowing for superior gem viewing. The magnifying eye-mask and torch are arguably the gem merchants’ best friends. The torches are personally modified with rechargeable batteries and their bulbs are super-bright. Karunasiri reckons that his torch is worth Rs. 10,000. Colourful ensembles of hundreds of stones are common throughout the open market under the bo tree. Less common is the Padparadscha—a pink-orange stone seen on the right side of the front row. Originally found in Sri Lanka, the Padparadscha is one of the rarest and most valuable sapphires. The white sarong is the traditional attire of the gem merchant as the white material is the ideal backdrop for assessing gems. The bum bag, or the fanny pack, is a more recent addition to the merchant’s outfit, but judging by how packed they are with gems, no less important. The merchants talk of the Sinhala word thudiya, meaning “the lustre of the stone”. On this morning, the gem with the most seductive thudiya was this small white sapphire. It was receiving a lot of attention. Ashane warns of fakes and crooks. He says new heat treatments can change the molecular biology of the stones and there are fake stones aplenty. But forging precious stones is not new: back in the day, miners would chew stones in their mouth with betel nut. The red goo would stain the stones, miraculously turning semi-precious stones into highly prized rubies (to the uninitiated, that is). Every gem is assessed according to the “Four Cs”: carat, clarity, colour, and cut. In Rohan’s left hand is a Morganite, a rare, pretty, silky-pink variety of beryl (cousin to more familiar beryls like emerald and aquamarine). Currently, its value is around $30,000. The pink orb has been evaluated as 87 carats, and once it is perfectly polished and cleaned, Rohan has hopes this could be worth something to the tune of $10,000 a carat—that’s nearly $900,000! 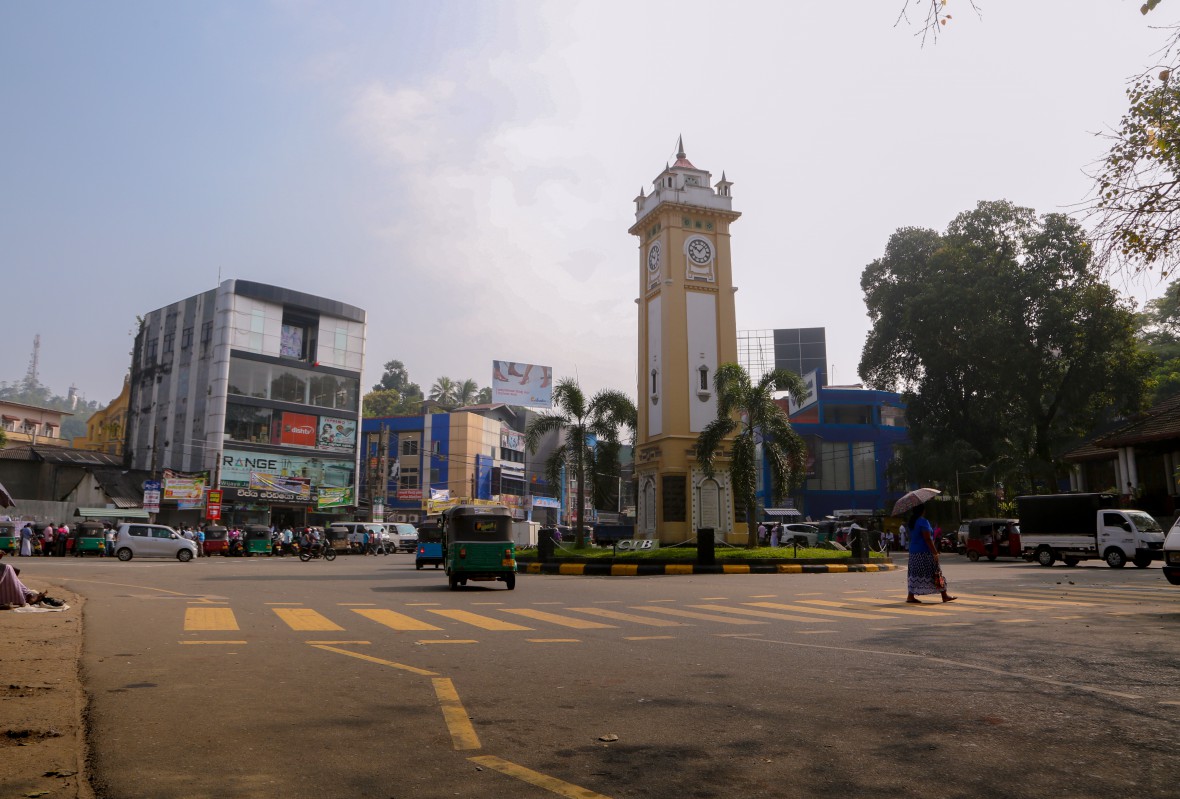 After 10 am, the merchants migrate 150 meters easy from the clock tower to a collection stalls under a bo tree. Shaded from the sun, the merchants get down to business. Packets of jewels are unpacked on to the tables as streams of people pour through the crowds, eyeing their next potential investment. The auction is a minefield to the untrained, but it is here where the Ratnapura gemologist is very much in his element.