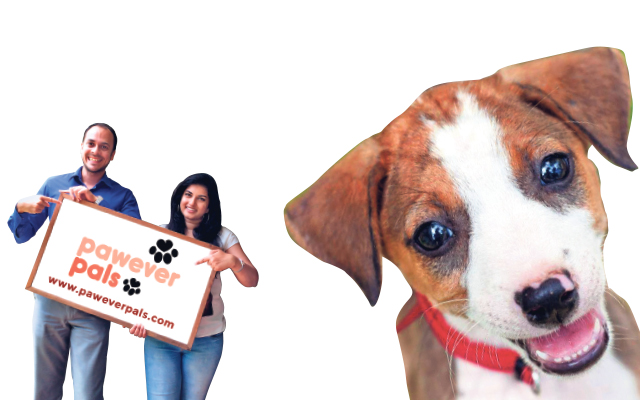 Picture this: a small band of dedicated young animal lovers. They know that animal cruelty is flourishing, have often seen starving dogs languishing on street corners, and regularly hear of puppies and kittens being dumped on roadsides by the bucket load. Determined to help these animals and bursting with grand new ideas for the future, they set about launching their humble animal welfare group; starting up Facebook pages, collecting funds, and aiming to better the country, one tiny kitten at a time.

All too soon, it becomes apparent that an organisation can’t just live on big hearts and determination alone. Often Facebook pages do not generate enough publicity, funds get harder and harder to come by, and public support becomes scant to the point of non-existence. Soon, our little group of young volunteers that started out so promisingly is left struggling to stay afloat, and gradually sinks under the surface for lack of resources.

Sadly, scenarios like this one are not uncommon in Sri Lanka and form one of the many stumbling blocks so often encountered in areas where animal welfare is concerned. Working for animal welfare here is no walk in the park; it’s a constant uphill task, full of potholes and hindrances and small-minded people (including that particularly annoying type who demands why you are wasting time saving puppies when there are so many starving children in the world), all hell-bent on making helping animals as difficult a mission as possible.

The Animal SOS animal sanctuary in Galle, Sri Lanka, one of our many existing animal welfare organisations. Our country is not lacking in animal charities and passionate volunteers; however, many of them are run by young people who depend solely on their social media presence for support and funds. Image courtesy: Animal SOS Sri Lanka

Some of the biggest obstacles impeding animal welfare work in Sri Lanka include:

The idea of a single venture endeavouring to address all these issues seems pretty unattainable, doesn’t it? Well, it turns out that such a thing does indeed exist. Bringing hope to our rather desolate local animal welfare scene and attempting to kill all three proverbial birds with one stone are Pawever Pals, Sri Lanka’s first online web portal dedicated to all things related to animal welfare in the country.

An Online Forum For Animal Welfare

If you have ever found yourself lamenting the plight of our furry friends and wondering how to help, or wanting to adopt a puppy but not knowing where to look, Pawever Pals is the kind of forum that could help you out.

According to Shanuki, it was mainly the three aforementioned issues that prompted them to think about the inefficiency of the current system in Sri Lanka. Wouldn’t there be greater support across the board if there was one central place where the public could access information regarding all the charities, resources and other options available out there? “We realised that if anyone in or outside the country wanted to find out how they could help an animal, they wouldn’t know where to look unless it was suggested by someone they knew,” she explains. So that’s how the concept of Pawever Pals came about: “This site will act as a catalyst and connect the public, animal welfare charities and services with each other,” says Shanuki.

The purpose of the site, Shanuki explains, is to bring together all animal welfare organisations, resources, and suppliers under one umbrella, to make it easy for anyone and everyone to access information and options on how they can help animals. “Visitors can use the site to find out how they can adopt or foster rescued animals, donate towards animal charities, volunteer in animal welfare activities, and get involved in increasing awareness by sharing information, petitions, and ongoing campaigns.”

People who sign up are encouraged to fill in forms providing necessary details specifying how they can and would like to help, thus creating a database that animal welfare organisations and charities can easily access whenever a need arises. This concept promises to provide a great way for these groups to receive much-needed support and resources to carry on the good work they do. “It’s basically encouraging a greater collective online community working towards the cause instead of the ad-hoc pocket groups that are currently available on social media,” says Shanuki.

Take your pick; how would you like to help out?

Busting the misconception of adoption being the only way of helping, the site offers visitors five different ways in which people can get involved with animal welfare in Sri Lanka: adopt, foster, donate, volunteer, and educate.  “Anyone and everyone can make a big difference in the smallest and most convenient of ways,” explains Shanuki. “It can even be simply by signing a petition or sharing an appeal.”

Describing how the site works, she says: “Once visitors decide on which option they want to commit to, they’re taken through a sign-up process where they fill in their details and enter information that the animal welfare organisations can use and channel accordingly.”

For instance, if you decide you would like to adopt, the site then proceeds to collect from you important details like whether or not you are experienced at pet ownership, whether you own other pets, or if you have little children who will be interacting with the animals. Depending on the information you have provided, you will then be connected to the organisation or resources you are most compatible with ‒ a procedure which is both efficient and hassle-free. In this way, the animal charities are able to find the perfect match for you based on your own requirements as well as those of the rescued animal.

If you would like to open your home to an animal in need, Pawever Pals can help you find the ideal match without the inconvenience of having to research or ask around. Image courtesy: Embark

The site also has an ‘Educate’ segment which showcases everything from awareness campaigns and ongoing petitions to any information which might be out there. This section aims to help keep people informed about current issues as well as to encourage them to share such items with their own networks. “Any individual or animal welfare charity wanting to get their message out is welcome to send it to us via email, and we’ll feature it on Pawever Pals,” says Shanuki.

Additionally, the site offers useful advice on a range of pet ownership-related subjects, as well as a handy directory of various animal welfare charities, veterinary services, shelters, pet supplies, and kennels. Pawever Pals even allows you to volunteer your pet as a blood donor, which might well save the life of another animal in need.

Shanuki, who firmly believes that animals can save us more than we save them, emphasises the fact that they are not doing this to gain attention or publicity. In fact, she is quick to point out that working in animal welfare generally results in the complete opposite!

“It’s crazy how much negativity and criticism you are subjected to when you try to stand up for animal rights,” she says. Describing animal welfare work as thankless, heartbreaking, and often depressing because it exposes you to so much sadness, neglect, and cruelty, she adds, “I don’t think any of us do it for popularity, because animal welfare is one way of becoming very unpopular with people who think their comforts matter more than the life you’re trying to save.”

Shanuki and Andre, who have often worked together in volunteer animal welfare work, are the perfect collaborators. While it was Shanuki who came up with the idea and content of the site, it was designed and developed by Andre, who now continues to maintain it. “We work as a tag team and this is our baby,” says Shanuki.

Speaking about how their collaboration came about, she smiles, “We’ve rescued and re-homed so many kittens and puppies together that I knew he was as passionate about the cause as I am, albeit in a quieter, non-confrontational way. All I had to do was run the thought by him and within the day he was throwing out different ways and methods of making it work online.”

Even though they are both busy with their day jobs, Andre says that the plan at present is to keep the ongoing development and maintenance of the site in-house, with Shanuki managing the content and coordination with the welfare organisations, and him maintaining and updating the site. “We launched as phase one and hope to shift into phase two within the coming months.”

For the time being, the first phase of the site is only in English, but they hope to add language translations as soon as the project gets off the ground.

The site launch was quite a success, setting the ball rolling with about forty sign-ups on the day. Even now, people continue to register with the site. Image courtesy: Pawever Pals

Only recently launched at the TEDx Colombo Conference, Pawever Pals is still in its infancy, but it’s a promising concept with great potential to make a difference in the country’s animal welfare scene, and we hope it will take off. “Fingers crossed, the general public will find all this useful and employ the site’s services to help make Sri Lanka a better and more compassionate place for animals,” says Shanuki.

If you would like to do your bit and help out our furry friends, visit www.paweverpals.com to find out how you can make a difference.