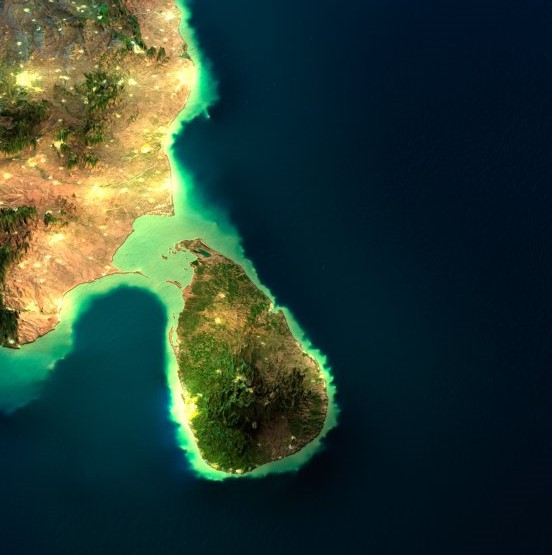 10 Things That Put Sri Lanka On The Map

Sri Lanka may be a small and somewhat obscure country ‒ except in terms of cricket and tea, that is ‒ but when it comes to achievements and noteworthy facts, we don’t do so badly at all. We’ve got an amazing natural heritage, magnificent historical monuments, spectacular festivals, unrivalled beaches, stunning scenery, and remarkable bio-diversity. We’ve produced great, noteworthy personalities, and talented individuals who have achieved the incredible in various fields over the years. In fact, for a little island tucked away in the Indian Ocean, we sure have accumulated our fair share of firsts, bests, and biggests!  So in the spirit of celebrating Sri Lanka’s accomplishments, here are a few ways in which our country stands out from the rest of the world.

Timeless; surrounded by the gold gilded ‘ran veta’ (fence), the Sri Maha Bodhi is considered one of the most sacred spots in Sri Lanka, and is visited by hundreds of devotees each year. Image credit: patacarabukkhunihermitage.com

Popular writer H.G. Wells has noted in his The Outline of History: “…in Ceylon there grows to this day a tree, the oldest historical tree in the world, which we know certainly to have been planted as a cutting from the Bo Tree in the year 245 B.C…”*

Found in the Mahameghavana Gardens, Anuradhapura, this sacred fig tree (or bo tree as we better know it) is the oldest surviving human-planted, historically authenticated tree in the world. Planted over 2 millennia ago, Jaya Sri Maha Bodhi is believed to be a cutting from the famous Bodhi tree under which Lord Buddha attained enlightenment. This sacred Buddhist relic was brought ceremonially to Sri Lanka in the year 249 BC by Buddhist nun Sangamitta Thera, daughter of Emperor Asoka, and planted in the island’s ancient capital by King Devanampiyatissa, where it still flourishes to this day.

When it comes to Sri Lankan exports, it is high time we kicked tea out of its place of honour and made way for a new face… cinnamon!

Yes, tea is ‒ annoyingly, for us non-tea-aficionados ‒ among the main things that make Sri Lanka famous, but did you know that our country is the largest cinnamon producer in the world? In fact, 80% to 90% of the world’s cinnamon comes straight from the shores of our humble little island in the sun. Besides, not only is Sri Lanka the world’s biggest cinnamon producer, but we also turn out the choicest kinds as well, with our local grades being lighter-toned, thin, smooth, and fragrant.

If you need further convincing of Sri Lanka’s long association with cinnamon, take a look at the botanical name of this spice, cinnamomum zeylanicum. It is a derivative of the country’s previous name of Ceylon!

Located at the Pinnawala Village in the Sabaragamuwa province of Sri Lanka, the Pinnawala Elephant Orphanage houses the largest herd of captive elephants in the world. Established in 1975 by the Sri Lanka Department of Wildlife Conservation, this orphanage is also the first initiative of its kind to ever be made in the world, and now, 40 years later, it still thrives. A place where orphaned and disabled Asian elephants are loved, cared for, and protected, this animal lovers’ haven is currently home to 93 elephants, including locally famous and much loved ones like Sumana the tusker. Last December, the orphanage celebrated the birth of its 70th baby elephant.

Priceless and peerless; the ‘Star of Adam’ was unearthed from an unnamed mine in Ratnapura, Sri Lanka’s ‘City of gems’. Image credit: guardian.com

Sri Lanka’s gem industry is a pretty thriving one. We have seen our precious stones adorn the crown jewels (the brilliant red ruby that makes the centerpiece of the Imperial state crown of the United Kingdom) and the finger of Princess Diana (the Ceylon sapphire on her engagement ring, which is now worn by Kate Middleton), but one of our gems recently made splashes on the news when it was verified as the world’s largest blue sapphire.

Excavated from the precious stone-rich gem mines of Ratnapura, this magnificent 1404.49 carat gem is said to cost at least $100 million, while it is believed that it could even be sold for up to a whopping $175 million if auctioned. The owner, who chooses to remain anonymous for obvious reasons of security, has christened it ‘The Star of Adam’, after an obscure Muslim belief that Adam arrived in Sri Lanka after his exile from Paradise. We are yet to hear if the owner has decided to have the giant gem exhibited as an international attraction or have it auctioned off.

If not for the Mahavamsa, stories behind ancient Sri Lankan wonders like King Dutugemunu’s magnificent Ruwanwelisaya would have never been known. Image credit: Wikipedia

Filled with tales of kings and queens, wars and invasions, court intrigue and ordinary life, and even a touch of the supernatural and mystical, our Sri Lankan history is almost worthy of Game of Thrones!

All these captivating accounts of our country’s past during the times of our great kings would surely have been lost forever if not for the famed Mahavamsa (translated as ‘Great Chronicle’), the epic recording of events spanning over two millennia of Sri Lankan history. Written as an epic poem in elegant Pali verse, it covers the life and events of our country’s history from the very beginning, right from arrival of Prince Vijaya in 543 B.C to the reign of King Mahasena in the 4th century A.D. A companion volume, the Culavamsa (translated as ‘Lesser Chronicle’), picks up from that point, recording events up to the British occupation of Sri Lanka in 1825. Together, the Mahavamsa and the Culavamsa‒ collectively known as the Mahavamsa ‒ is the oldest and longest historical chronicle to be recorded in the world.

6. Terrorist Eradication: The First Country In The Modern World To Eliminate Terrorism On Its Own Soil

Nearly 7 years ago, former President Mahinda Rajapaksa proudly declared Sri Lanka free from the scourge of terrorism. After thirty years of death, destruction and devastation in what was one of Asia’s longest running, bloodiest civil wars, the Sri Lankan military successfully defeated the LTTE in May 2009, to go down in history as the first country in the modern world to eradicate terrorism on its own soil.

Our military is also believed to have conducted the greatest humanitarian rescue mission in the modern world, when they liberated over 180,000 civilian hostages from the clutches of the Tamil Tigers towards the end of the war.

Considered to be the most ruthless terrorist groups in the world, the Tamil Tigers remains listed as a terrorist organization in over 32 different states including the US, Malaysia and Canada. However, a lot of controversy still surrounds the events that occurred towards the end of the war, with many calling for investigations and probes into allegations of war crimes.

Our ancient kings sure deserved their crowns. Not only did they build giant rock fortresses, cleverly constructed aqueducts, towering stupas, and vast reservoirs that were mostly unrivalled by the rest of the world, but they also seem to have built the first ever hospital!

According to the chronicles of the Mahavamsa, the Sri Lankan King Pandukhabaya (437 BC to 367 BC) is recorded to have established the first institution in the world to be built specifically for the purpose of housing and caring for the sick. Many academics believe that there exists no archaeological or literary records of a hospital being built anywhere else in the world before this.

Having entered politics after the assassination of her husband in 1959, Sirimavo Bandaranaike became the world’s first female prime minister when she was sworn in as the premier of Ceylon just a year later in July. Image credit: thefamouspeople.com

The year 1960 was one of those years when discrimination against women was still flourishing unchecked and females the world over had to fight tooth and nail to claim their rights. However, while the rest of the world was pushing their women to the background, Sri Lanka made global headlines when 44 year old Sirima Ratwatte Diaz Bandaranaike was elected premier of Ceylon, becoming the world’s first female head of government. Having served three terms in office, she is also the country’s longest serving prime minister.

Hundreds of years ago, this gigantic structure was among the tallest brick edifices in the historical world, with only the two largest pyramids at Giza surpassing its 400 foot height. While the Jetavanaramaya may no longer be the tallest stupa on Earth, it does however remain the largest, boasting a base area of 233,000 square meters.

Built by King Mahasena in the 3rd century AD, everything concerning its construction seems to involve gigantic numbers; it took 15 years to complete, used up approximately 93.3 million baked bricks, has a compound of 6.5 hectares, housed about 10,000 monks during ancient times, owns a dome with a diameter of 95m and boasts a foundation that is 252 feet deep, the deepest foundation to be dug in pre-modern times ‒ the figures are staggering!

Located in the city of Anuradhapura, this colossal stupa is thought to enshrine a part of a sash or belt worn by Lord Buddha. Jetavanaramaya is now a UNESCO World Heritage site.

What with one thing or another, Sri Lankan cricket has, of late, been going downhill at such an alarming rate that it’s practically underground, but by no means does that rub out all the incredible things our players have achieved over the years. Here are the records that prove Sri Lanka has indeed produced some of the greatest cricketers in the world.

There is always the possibility that these records can be broken in the future, but we have decided to showcase them here all the same!

So to anyone out there who thinks that small is insignificant, you’ve definitely got it wrong ‒ this little pearl of an island is all the proof you need to see that!

*Editor’s Note: The first version of this article carried an H.G. Wells quote as noted in Collected Bodhi Leaves Volume II – “In Sri Lanka, there grows to this day a tree, the oldest historical tree in the world which we know certainly to have been planted as a cutting from the Bodhi tree…” The quote is however originally from Wells’ The Outline of History, and is worded differently in this text. The article has been updated with the quote as it is in the latter text.