Since the Open Air Zoo in Pinnewela was declared open last month, there’s been much speculation about what it looks like and how it functions. Stories floated around about how the visitors were in cages and the animals out in the open, and about visitors walking through tunnels. So we at Roar.lk decided to investigate.

Currently the zoo has about 20 types animals; 28 species altogether. The leopard enclosure seems to be the star attraction – the only carnivorous mammals in the zoo presently. The enclosure is large and on one side, known as the ‘Wilpattu Wing’, you will find a camouflaged observation chamber of sorts. It’s of two levels and with air conditioning, there’s a wall of thick glass separating you from the portly leopards of the new Pinnewela zoo. We imagine the rest of the big cats will be in similar enclosures once they are brought in.

Apart from that, there is the deer enclosure. There are about four different types of deer, sambar, spotted deer, barking deer, and hog deer, in large separated pens, fenced off with high voltage electric cables.

Closer to the entrance, is the fully functional petting zoo. Rabbits, star tortoise, baby wild boar, ducks, a turkey, and a porcupine.

The zoo gets a thumbs up from us. It’s definitely of a better standard in comparison with the Dehiwela zoo. The Pinnewela zoo has a card system for entering and exiting and is far more spacious.

However, visitors seem to care little for the new zoo. It’s disturbing that visitors have already begun littering the zoo. Bags, biscuit and Popsicle wrappers were strewn about. The albino rabbit in the petting enclosure was determinedly nibbling away at a Popsicle wrapper in fact.

The other menace is the unruly kids. Secluded from the rest were some birds in small cages (possibly in small temporary cages and will be moved to a large enclosure soon) that were left unattended. A few children surrounded they cages and entertained themselves by sticking twigs into their cages attempting to poke the birds, or violently rattling their cages trying to get the birds to move.

What to expect the completed zoo to be like?

Well, we can’t really say right now. The zoo has been declared open but only the section that held animals listed is accessible. The rest of the zoo is still in the process of preparing for the import of animals from the Dehiwela zoo. Hopefully it won’t take too long. 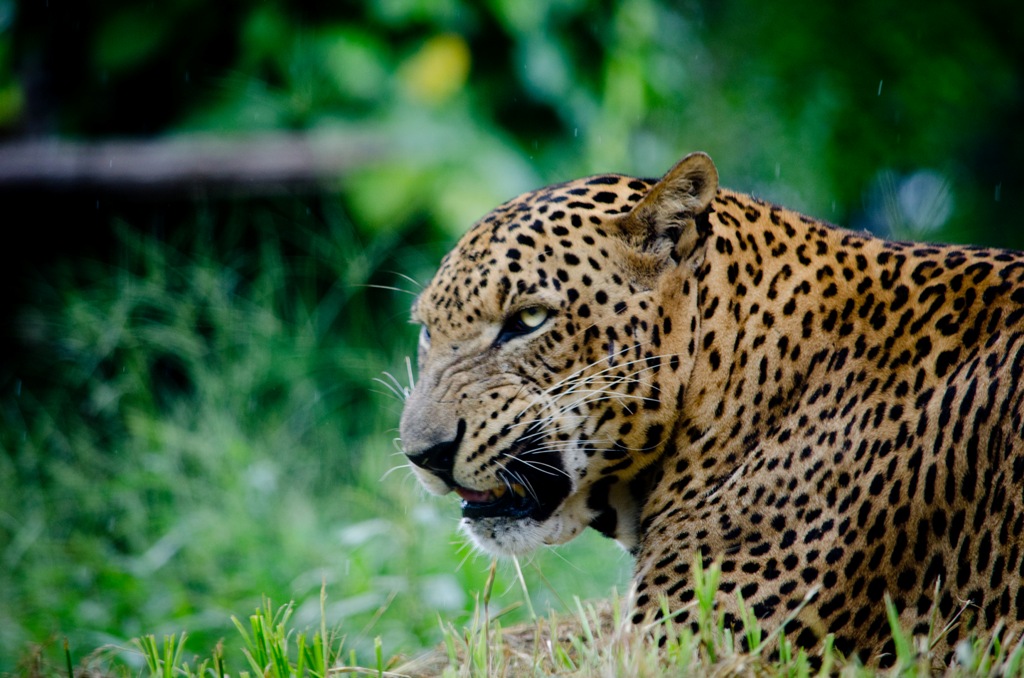 Not snarling, just picking up scents. Or so we were told.