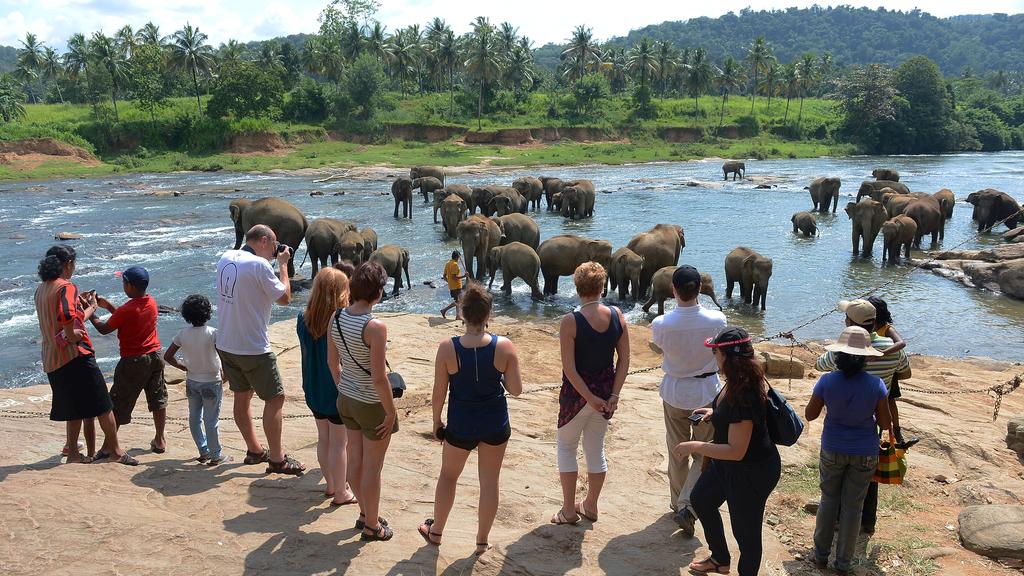 We can go on a spiel about how great Sri Lanka is for tourists, but everyone already knows that because we were recognised as Asia’s Leading Destination last year. This is in addition to being hailed as the leading destination for adventure tourism as well. According to official data, there’s been an exponential boom in the number of tourists within the last five years alone, with it climbing from approximately 800,000 in 2011, to over 2 million in 2016.

There have also been a few arrests and moral outrage concerning tourists and Buddha statues, two subjects which seem independent of the other (but are actually not). Most Sri Lankans are quite conservative, especially when it comes to concepts like ‘protecting our culture,’ which is quite nebulous in the best of circumstances. However, here are a few basic dos and don’ts which should hopefully help you during your stay here.

1. What You Need To Know About Buddha Statues A British tourist was deported in 2014 for having this tattoo. Image courtesy telegraph.co.uk

Being a Buddhist-majority country, everything related to the Lord Buddha is sacrosanct. There’s a lot of respect attached to images and replicas of him, from miniature statues being handled gently by both hands instead of one, to not turning your back on them when paying homage to larger statues. It’s in good form to cover your knees and shoulders when visiting temples—but don’t worry if you’re wearing shorts in Colombo, as some of the more popular temples visited by tourists (like the one in Gangarama) have sarongs at the entrance.

Tattoos of the Buddha have also gotten a couple of tourists in trouble over the last few years—leading to arrests and deportation. Sri Lankan bureaucracy is anything but efficient, so save yourself the trouble of experiencing this by covering it up in public. 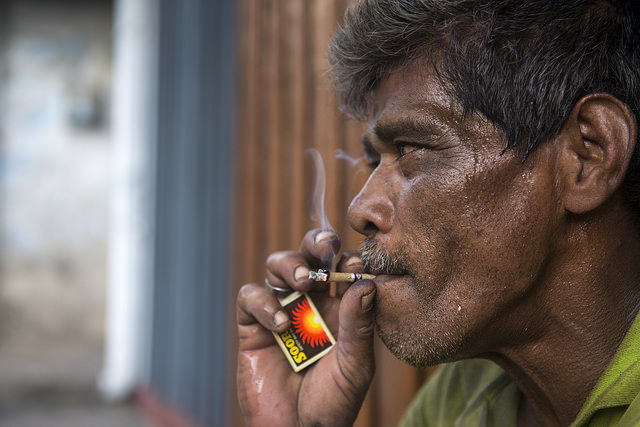 Smoking in public is not only frowned down on, it’s also illegal. Image courtesy of Brett Davies, Flickr.com

One of the more intelligent things our government did for the country was to implement a smoking ban—in public spaces, at least. Sri Lanka is the first country in the world to ratify the World Health Organisation’s Initiation on the Framework of Tobacco and Alcohol, which basically bans the sale of tobacco to anyone under 21 years, as well as smoking in public places.

This includes roads and beaches, though it is permissible to smoke in outdoor areas belonging to restaurants and food-courts. A Sri Lankan bus is a stressful place to be in. You have to deal with crowds, exceptionally loud music, and the occasional perv. Image courtesy videoblocks.com

Sri Lanka’s public transport, it would appear, seems ill equipped to handle rush hour stress (which happens thrice a day, during the morning, afternoon, and evening—which, if you think about it is most of the day). Buses and trains overflow, packed to the brim, with people often standing way too close for comfort. A seat—and standing space—are prized possessions, so crossing your legs in the bus, having them up, or using half of the seat to place your bag is not considered okay. Seats are purely for sitting, however large your backpack could be. Seeing people splash in the sea, or in rivers while being fully clothed isn’t an uncommon phenomena. Image courtesy sybaricious.com

This is entirely up to you, except when going to places of worship. As we mentioned earlier, it is required to cover your knees and shoulders when visiting temples, kovils, or mosques.

Although Sri Lanka is a relatively conservative country, clothing isn’t much of an issue in the city and at popular tourist destinations. However, revealing clothing could attract undue attention in villages and more rural areas. ‘Umbrella couples are a common sight at the Galle Face Green, where couples are protected from both the sun, and passers-by, by their umbrella. Image courtesy sybaricious.com

Thanks to cultural taboos, most people here aren’t very touchy-feely in public. There have been unfortunate instances where policemen and security officials harass harmless couples. Public displays of affection has attracted a range of opinions and moral outrage (both for and against it) so it might be worth keeping in mind.

That said, don’t overthink it. Sri Lanka is a great place to be, unless you’re stuck in one of our infamous traffic jams.