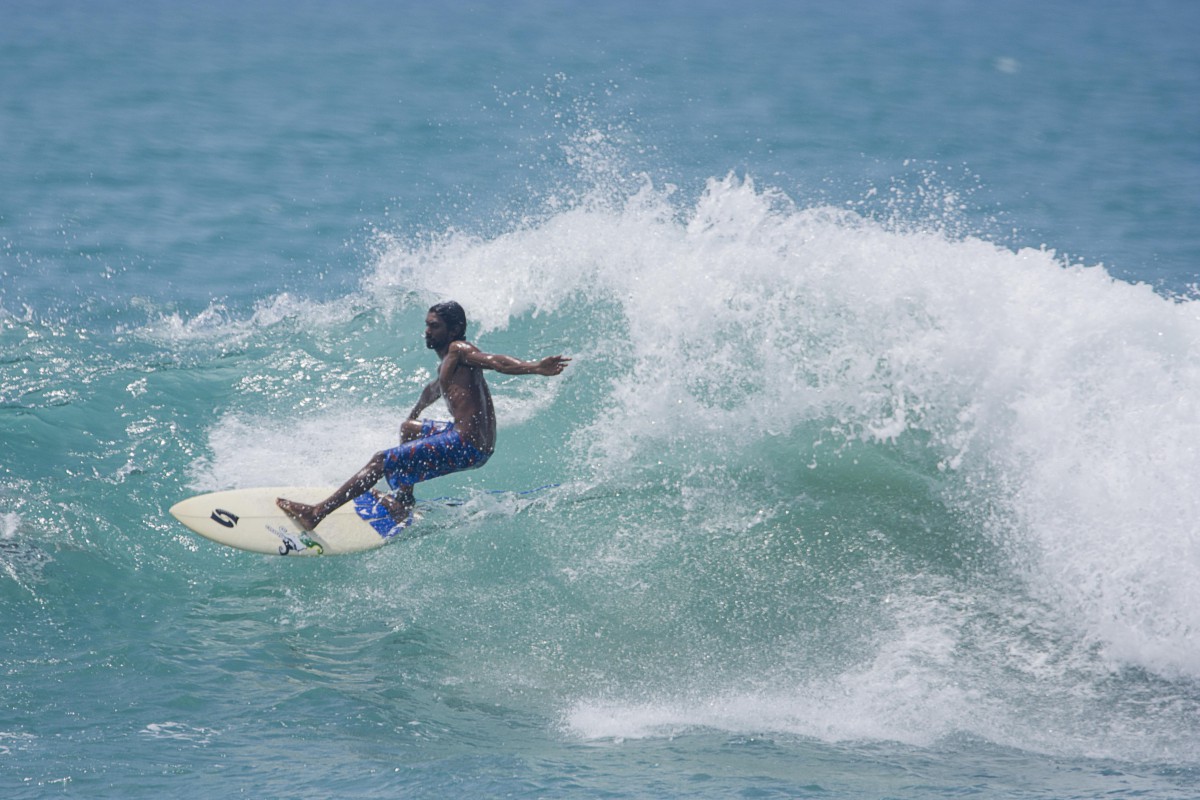 Arugam Bay, once a quiet fishing village, is today one of the world’s top surf spots, attracting surfing enthusiasts from all over the world, and with many restaurants and guest houses scattered along the coast to cater to the inflow of tourists.

Although the surf culture is what seems to dominate, the surfers, tourists, and up-and-coming entrepreneurs co-exist with the fishing community that’s been around for much longer. As a result, everyday Arugam Bay has a lot of stories to tell. Fresh fish being sold on the shores of Arugam Bay. Miguel, who’s been surfing in Arugam Bay for over 15 years, starts his warmups and stretches before catching a few waves. A surf instructor from Upali’s Beach Café in the middle of a surf lesson at Main Point. Tharaka cuts through the waves on his longboard. A surfer is pushed off his board by the oncoming waves and loses balance. Trees by the shoreside of Main Point. Umar Sahib, a fisherman: “We were not affected by the war. I’ve been here for over 55 years, and I’ve seen the place change over time. Everyone lives happily with each other.” Arugam Bay is not all happy stories, though. Ammath recalls one of his scariest experiences while out at sea: “On the 4th of June this year, we went out into sea in Okanda. Strong winds caused the boat to capsize. We were stuck in the deep sea for two hours, holding onto the boat. Luckily, a bigger boat was eventually able to rescue us. I’ve lost LKR 800,000 worth of equipment. I hope I’m able to retrieve the boat at least. The experience has left us devastated.” Baba Aiya goes out to surf at Whiskey Point: “Surfing is an addiction, you should try it out.” “We need more sports in Arugam Bay,” says Baba Aiya, an avid surfer and the man behind SaBaBa Surf Café. “I came to Arugam Bay two months after the war ended and have stayed here since then. I’ve travelled to India, Nepal, and Europe, and I want to introduce more sports—like skateboarding—here to ensure the kids keep away from drugs and what not.